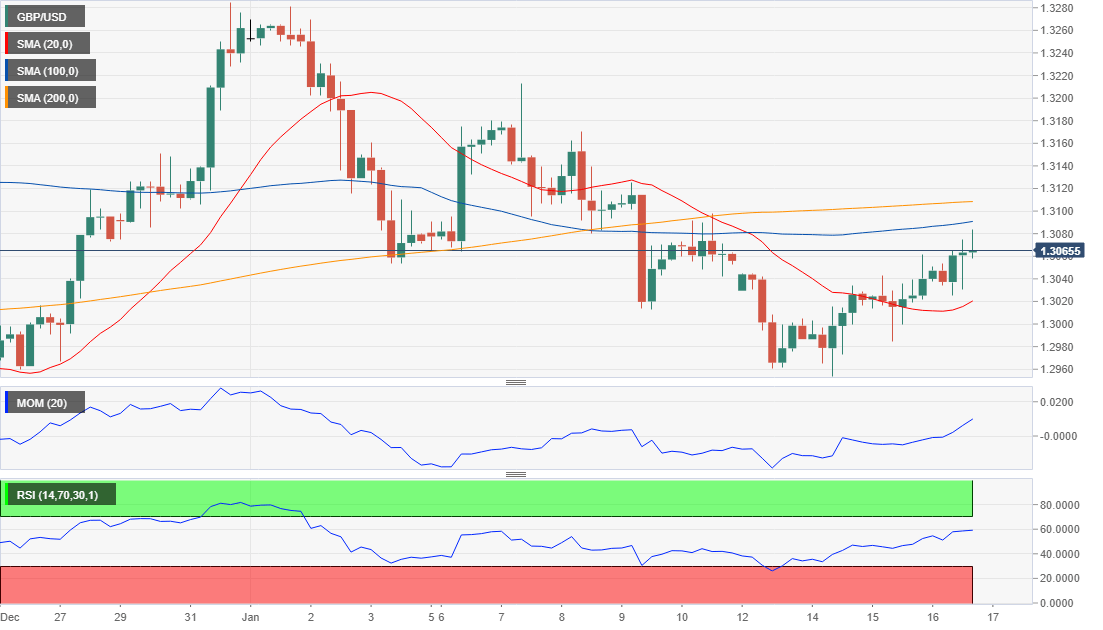 The Pound moved against the tie during the last trading session of the day, surging against the greenback to 1.3082, its highest in almost a week. The advance came after Downing Street’s spokesman confirmed that the Brexit transition period would not be extended further. Also, German Chancellor Angela Merkel said that Brexit urges the block to respond by becoming “attractive, innovative, creative, a good place for research and education… competition can then be very productive.”

The UK had a scarce macroeconomic calendar, as it only published the December Housing Price Balance, which came in at -2.0%, better than the -10% expected. This Friday, however, the kingdom will unveil December Retail Sales, which are foreseen up by 0.7% MoM and by 2.6% YoY, much better than in November, when they printed -0.6% and 1.0% respectively.

The GBP/USD pair is holding on to daily gains around 1.3070, positive in the short-term. The pair has recovered above the 23.6% retracement of its latest daily decline at 1.3050. In the 4-hour chart, moving averages continue lo lack directional strength, with the pair struggling to overcome the 100 and 200 SMA both within a tight 20 pips range. Technical indicators, in the meantime, hold within positive levels but lack momentum enough to confirm additional gains ahead.

AUD/USD extends gains above 0.7300 amid fresh US dollar selling across the board, as the market sentiment remains mixed starting out a fresh week.  PBOC's status-quo and the rally in copper prices bode well for the aussie.