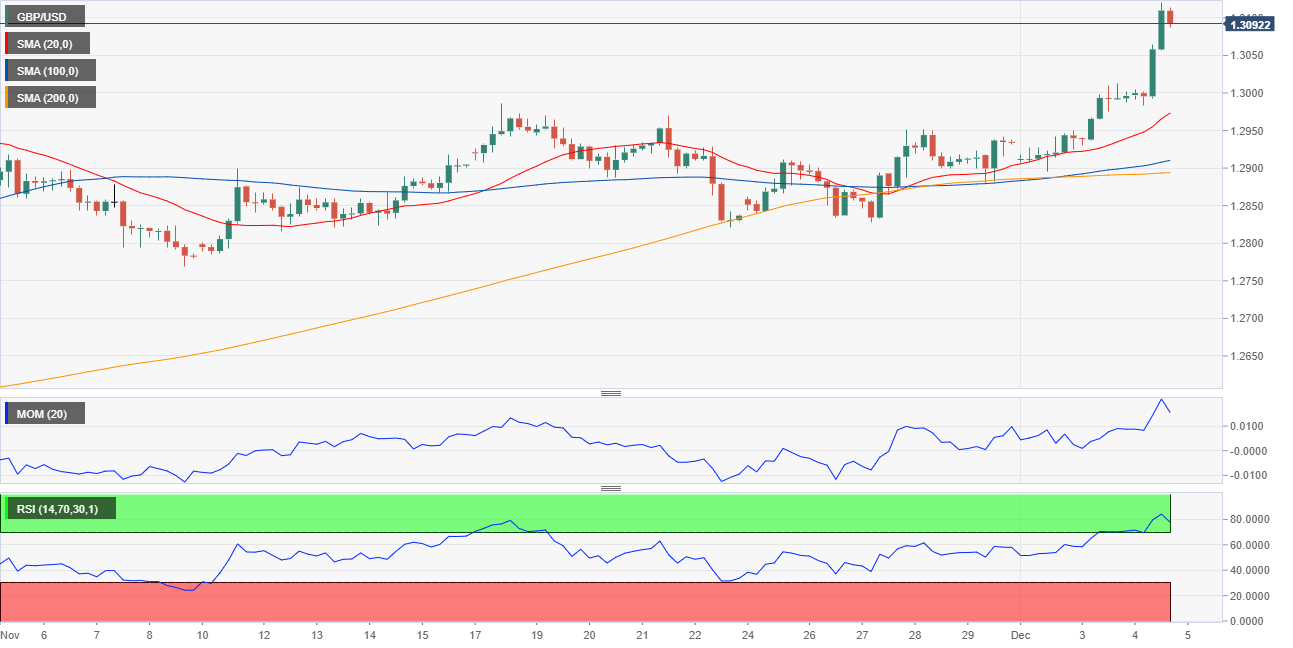 The GBP/USD pair soared to 1.3120, a level that was last seen in May this year, with the pound founding support in upbeat UK data and a more election polls, which continue indicating an advantage for UK PM Johnson’s Conservatives. One week ahead of the election, it seems that the UK would avoid a hung Parliament. Meanwhile, the Markit Services PMI was upwardly revised to 49.3 in November, better than the 48.6 forecasted.

The dollar managed to recover some ground during the US session, despite dismal local data, amid hopes the US and China are moving closer to a trade agreement. Nevertheless, the pair held around the 1.3100 figure ahead of the Asian opening. The UK calendar will remain empty this Thursday.

The GBP/USD pair has room to extend its advance during the upcoming session, particularly if UK election polls support the Sterling. The pair is overbought in the short-term, as, in the 4 hours chart, technical indicators are losing strength upward but holding within extreme overbought levels, not enough to suggest upward exhaustion. The pair, in the meantime, is currently developing some 150 pips above a bullish 20 SMA, which accelerated above the larger ones.  The pair would need to break below 1.3012, October monthly high, for the current bullish stance to hesitate. May high, at 1.3176, is the next bullish target and relevant resistance.