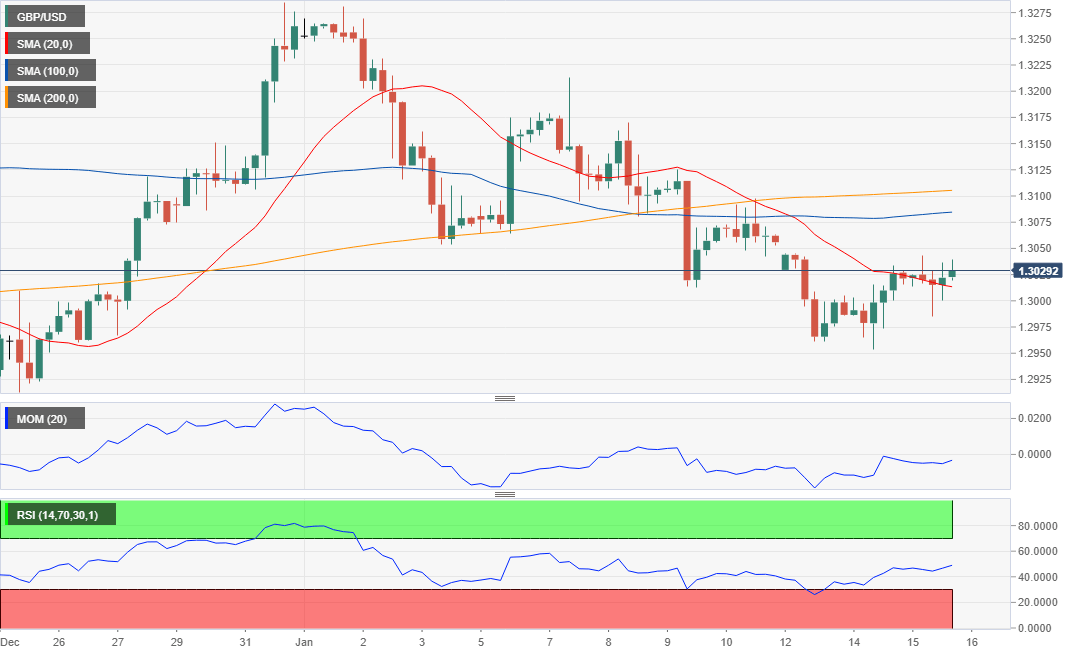 The GBP/USD pair was barely able to hold around 1.3030 despite the broad dollar’s weakness, ending the day pretty much unchanged around the figure. The pound tumbled following the release of December UK inflation data, which rose at an annual pace of 1.3%, missing the market’s expectations. The core figure, which excludes food and energy cost, came in at 0.0% when compared to the previous month ad at 1.4% from a year earlier. The Bank of England has turned dovish, with policymakers pledging to vote for a rate cut, and for sure these figures support the case of easing monetary policy.  The UK won’t release relevant data this Thursday.

The GBP/USD pair continued trading below the 23.6% retracement of its latest daily decline at around 1.3050, the immediate resistance. In the 4-hour chart, the price managed to advance some pips above a bearish 20 SMA but remains below the larger ones. Technical indicators, in the meantime, lost directional strength after entering positive ground, indicating limited buying interest. There are no signs of an upcoming decline, although the risk is skewed to the downside, with a break below 1.2960 most likely opening doors for a steeper decline.