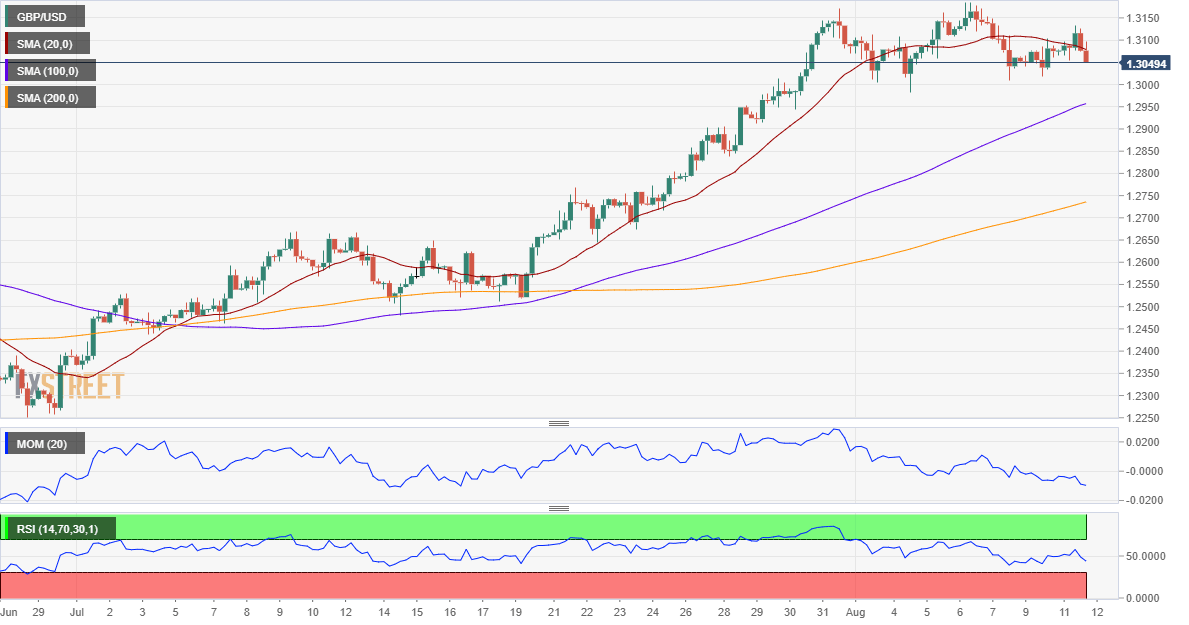 The GBP/USD pair posted a modest intraday advance for a second consecutive day, although still trading within Friday’s range. The pair was supported by mixed UK employment data and a weakening dollar. According to the official figures, the kingdom’s ILO unemployment rate remained steady at 3.9% in the three months to June, better than the 4.2% expected. However, the Claimant Count Change for July disappointed by jumping to 94,400, far worse than the 10K projected. The pair peaked at 1.3131 right after the release, later retreating towards the current 1.3050 price zone.

This Wednesday, the UK will have quite a busy day, as it will publish several relevant reports, including the preliminary estimate of Q2 GDP, foreseen at -20.5% from -2.2% in Q1. The country will also publish June Industrial Production, foreseen at -12.8% YoY, and Manufacturing Production for the same month, anticipated at -15% from -22.8% previously.

The GBP/USD pair is technically neutral according to intraday readings. The 4-hour chart shows that the pair is hovering around a mildly bearish 20 SMA, while still below the larger ones. Technical indicators, in the meantime, lack directional strength around their midlines. The upcoming direction will mostly depend on the dollar’s behaviour, with increased chances of a bearish extension on a break below 1.2980.