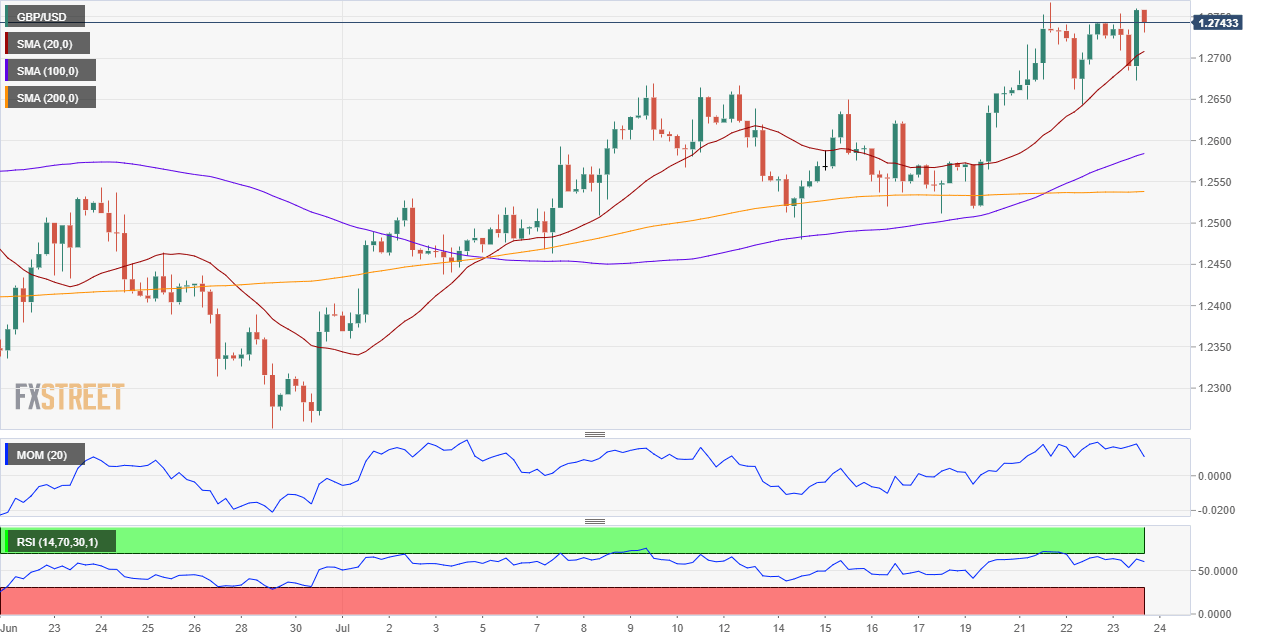 The GBP/USD pair is once again ending the day with modest gains in the 1.2740 unable to take advantage of the broad dollar’s weakness, which just helped the pair to remain afloat. The Pound suffered from Brexit-related headlines, as EU’s Chief negotiator Barnier said that they are still far away in negotiations with the UK after the fifth round of talks. He added that there had been no progress on the level playing field, neither on fisheries, two key issues. Also, the UK published the CBI Industrial Trends Survey on Orders, which came in worse than expected, at -46% from -58% previously.

This Friday, the UK will publish the GFK Consumer Confidence Index, foreseen at -26 from -27 in the previous month. Also, the kingdom will publish June Retail Sales, seen up monthly basis by 8.%.  Markit will unveil its preliminary estimates of its July PMIs, with services output foreseen improving to 51.5 and manufacturing activity expanding to 52.

The GBP/USD pair is trading at the upper end of its weekly range, with the bullish potential easing but far from bearish according to intraday technical readings. The 4-hour chart shows that the 20 SMA maintains its bullish slope below the current level, while technical indicators have continued to ease, now nearing their midlines. Somehow, buyers have turned more cautious, but the bearish potential remains limited by the dollar’s self-weakness.