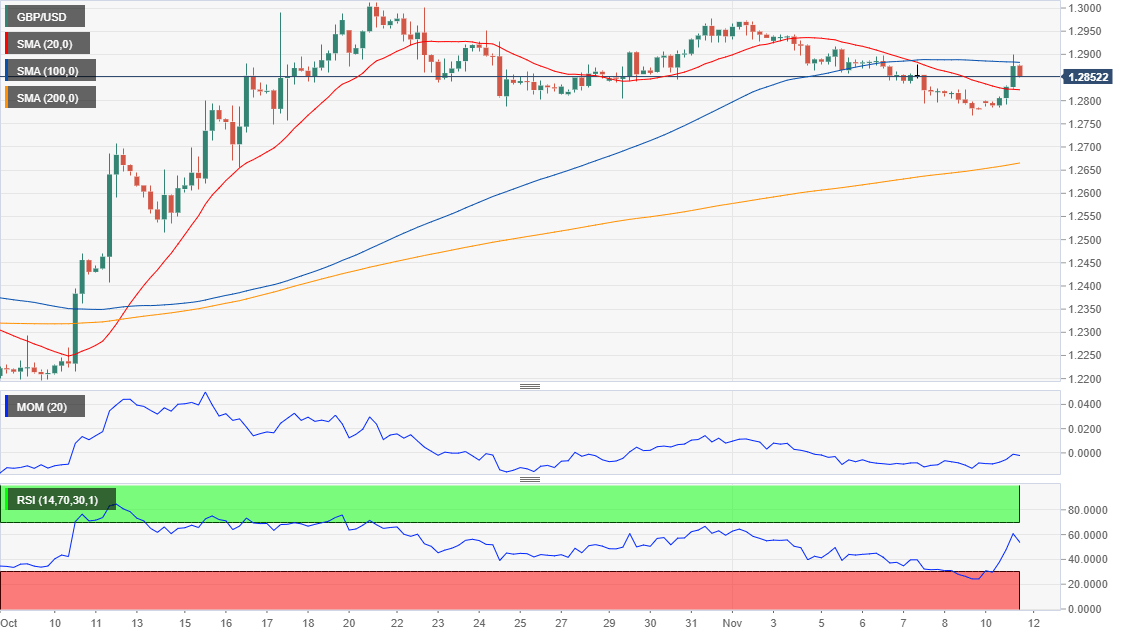 The Sterling was no doubt the star of the day, soaring to 1.2897 against the greenback, in spite of softer-than-anticipated UK data. The kingdom’s Total Trade Balance posted a £ 12.541B deficit, while Industrial Production declined by 0.3% MoM and by 1.4% YoY. Manufacturing Production in the same period, declined by 0.4% MoM and by 1.8% YoY. The preliminary estimate of Q3 Gross Domestic Product showed that the UK avoided recession, growing by 0.3%, slightly below the 0.4% expected although better than the previous -0.2%.

Comments from Brexit Party´s leader, Nigel Farage, boosted the pound, as he said he won’t contest Conservative seats won at the last election, but instead go after the seats held by Lib Dem and Labour. The latest polls show that Conservatives retain the lead, although Labours are clawing closer. This Tuesday, the UK will publish its latest employment data. The ILO unemployment rate is seen steady at 3.9% in September, while average earnings in the three-month to September are also seen unchanged.

The GBP/USD pair has settled around 1.2860, and it has recovered above the 23.6% retracement of the latest daily advance, now the immediate support at around 1.2820. In the 4-hour chart, a flat 100 SMA is offering dynamic resistance just ahead of the 1.2900 level, while the 20 SMA converges with the mentioned Fibonacci support. Technical indicators have recovered, with the Momentum heading north and the RSI consolidating both in positive territory.

The EUR/USD pair is down to daily lows mid-US afternoon, as the dented market’s mood lifts the dollar. Upbeat US data and an on-hold ECB failed to impress investors.