In one week from now, we will know the UK election result. Sterling traders are already taking a view. The decisive breakout above $1.3000 has been taken on a view that the opinion polls are wide enough in the favour of the Conservatives that the result is a given. Whilst we see this as premature (and believe that the result will be closer than the polls suggest), Cable is running decisively higher. Momentum is strong with the run of bull candles in the past few sessions. Resistance at $1.3175 is being tested and a breakout would then open $1.3383 which was the key March 2019 high. We see this as a target and beyond if there were to be a sizable Conservative majority announced next Friday. Momentum is strong with RSI into the 70s, Stochastics into the 80s and MACD lines now finally bull crossing higher. However, caution is needed as the polls could easily tighten in the final week. If so, it would certainly take the steam out of the run higher and run the risk of a correction back towards $1.2975/$1.3010 which is now key supportive. 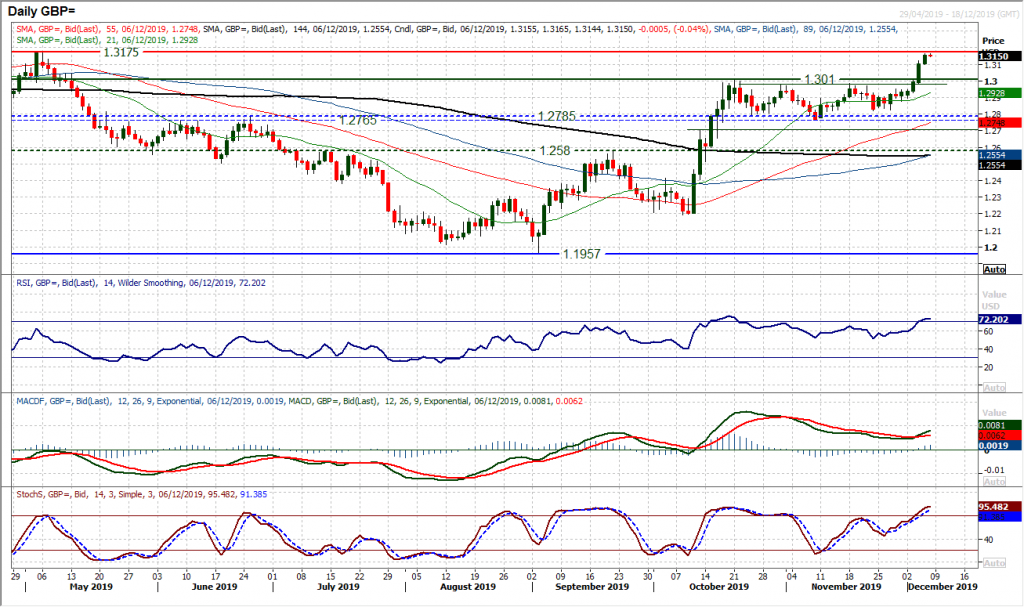 EUR/USD depressed ahead of ECB’s decision

Despite the broad dollar’s weakness, the EUR/USD pair remained subdued, amid a cautious stance ahead of the ECB’s announcement. Trump threat to impose tariffs on EU cars also weighed.

Australia will release Consumer Inflation Expectations and monthly employment data, both relevant for the RBA. Numbers could be a game-changer for the central bank.