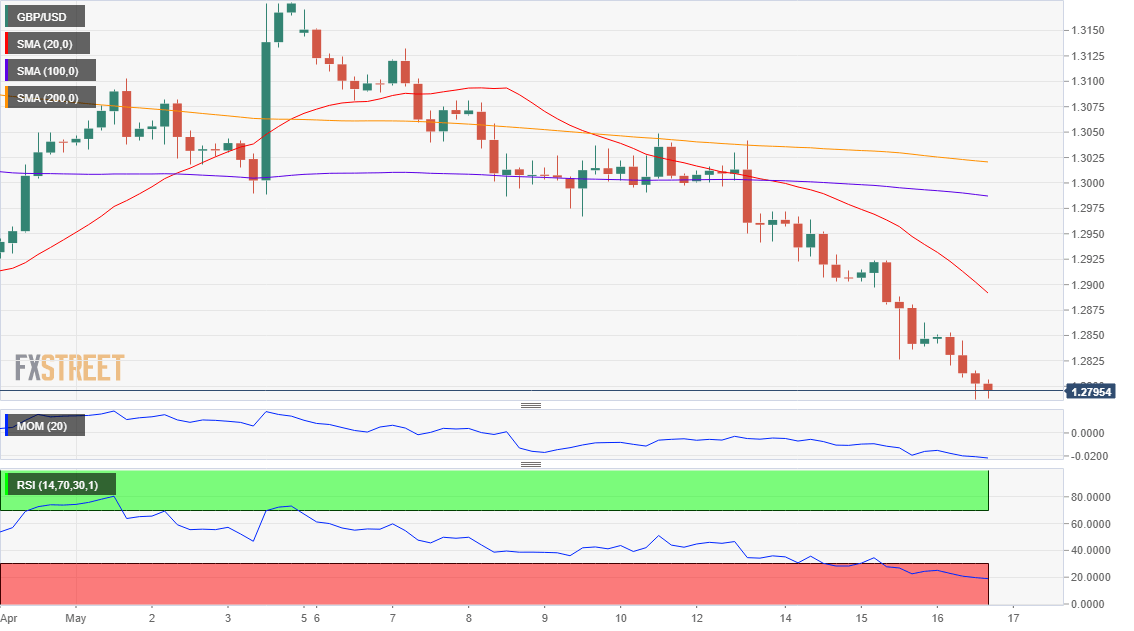 The Sterling extended its downward route against its major rivals, resulting in the GBP/USD pair trading as low as 1.2787, a level that was last seen mid-February. Brexit-related political chaos has finally taken its toll on PM May, who has promised to set a timetable for the election of her successor after submitting her Brexit deal to the Parliament for a fourth time at the beginning of June. Whether the deal is approved or not, PM May is anyway expected to resign afterward. Meanwhile, the cross-party talks´ impasse continues, and speculative interest has lost hopes Tories and Labours could come to an agreement that would easily be accepted by MPs. The UK calendar didn't have relevant data to offer and will remain empty Friday.

The GBP/USD pair trades around 1.2800 down for a sixth consecutive trading day, largely oversold yet with no signs of changing course, as the pair consolidates at daily lows. In the 4 hours chart, the 20 SMA heads lower almost vertically above the current level, while the 200 EMA also gains bearish strength above the shorter one. Technical indicators in the mentioned chart have lost directional strength, now consolidating near their recent lows. The pair has an immediate support at 1.2772, February monthly low, with a break below the level favoring another leg lower despite the extreme readings.