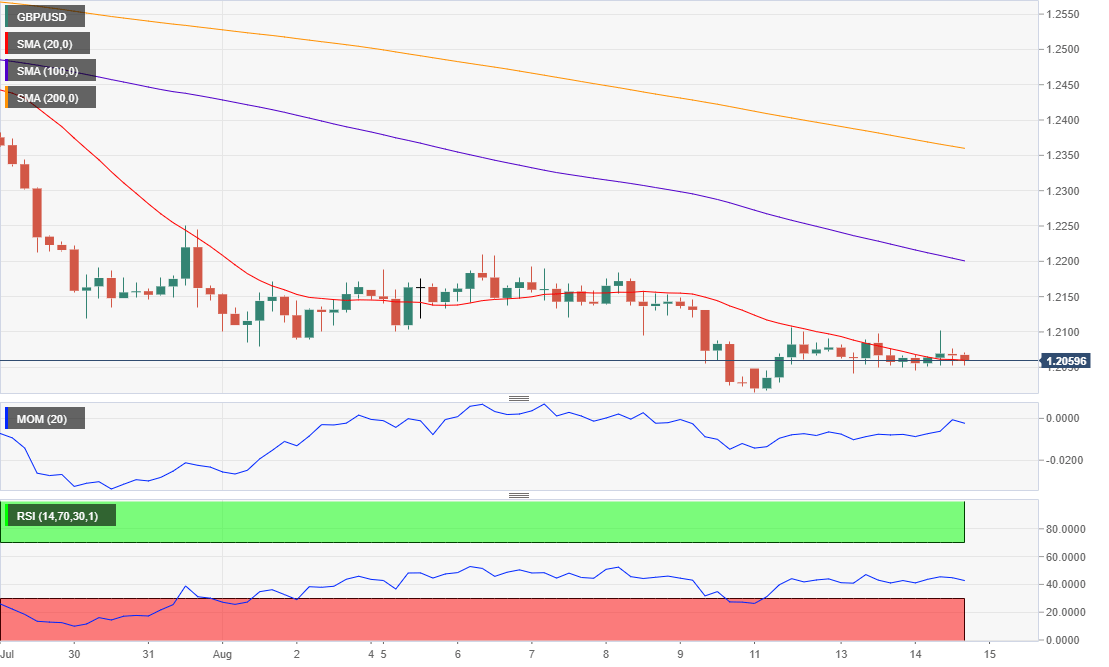 The GBP/USD pair remains lifeless between 1.20 and 1.21, indifferent to market’s fears as the Pound has enough to deal with amid concerns about a hard-Brexit. The pair rose to 1.2100 following the release of the UK inflation data as it surged in July by 2.1% YoY, beating the market’s expectation of 1.9%. The core CPI in the same period was pat at 0.0%, better than the -0.1% expected. The numbers reinforced the market’s belief that the BOE won’t cut rates, as employment readings released Tuesday suggested so. The kingdom will release this Thursday, July Retail Sales, seen declining by 0.2% monthly basis.

The GBP/USD pair is practically unchanged daily basis in the 1.2050/60 region, having met sellers for a third consecutive day around the 1.2100 level. It has been stuck around the current price zone as market players are waiting for some fresh clues about Brexit before taking directional positions. In the 4 hours chart, the risk remains skewed to the downside, as the price remains unable to regain ground above a bearish 20 SMA, now hovering around it, while technical indicators are currently at negative ground, the Momentum heading lower but the RSI directionless at around 41.