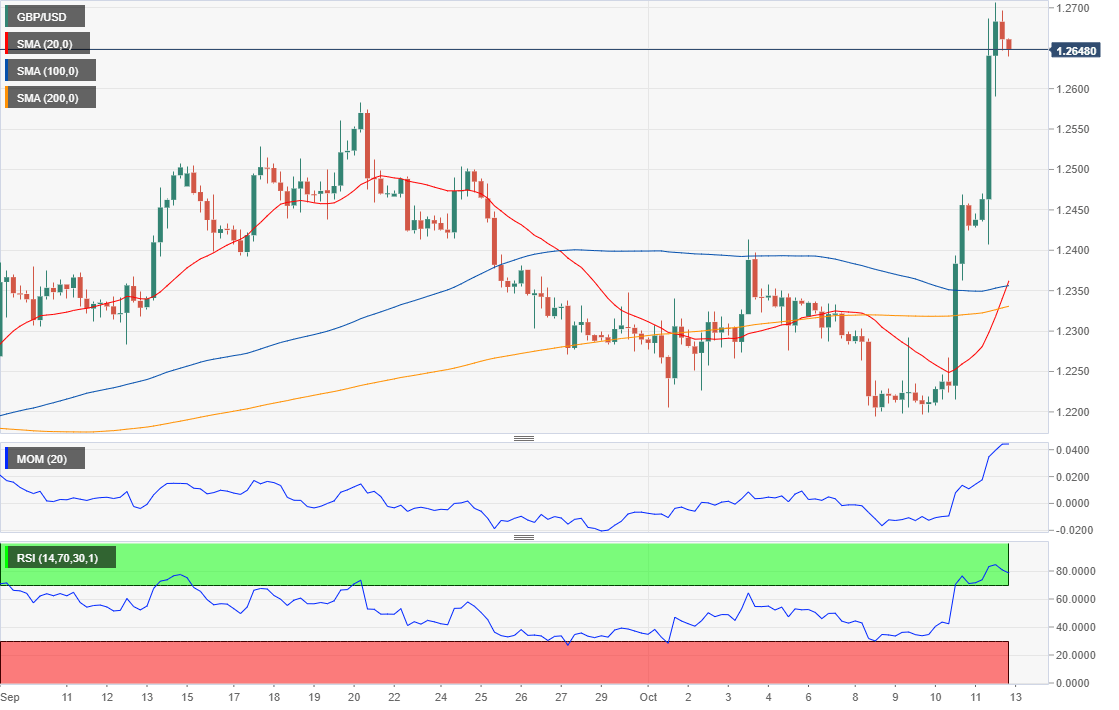 The GBP/USD pair has rallied roughly 500 pips in the last two trading days of the week, hitting 1.2706, its highest since early July, on news indicating that the UK and the EU have reopened a negotiation channel to try to clinch a new deal ahead of this week’s key EU Summit. The pair held on to solid gains, finishing the week at around 1.2650. Over the weekend, however, news were less encouraging as PM Johnson said that, while there’s a “pathway to a deal,” although “that doesn’t mean it’s a done deal.” Johnson said: “we’ve always wanted a deal. It is good to see progress, but we will wait to see if this is a genuine breakthrough. We are a long way from a final deal and the weekend and next week remain critical." Meanwhile, PM Johnson continues suggesting that, in the case of a no-deal, the UK will crash out of the EU anyway by October 31st. The pound could gap lower at the weekly opening, although declines should be limited amid the overall optimism that leads the way.

The UK macroeconomic calendar has nothing to offer this Monday, with attention in that front focused on Tuesday’s employment data.

The GBP/USD pair is firmly bullish, although the daily chart shows that the rally stalled around the 200 DMA around the mentioned high. Nevertheless, its well above its 20 and 100 DMA, while technical indicators maintain their bullish slopes, heading north pretty much vertically. Shorter-term, and according to the 4 hours chart, technical indicators have lost bullish strength but remains at extreme overbought levels, as the pair settled over 300 pips above all of its moving averages, all of which reflects the strength of bulls.