Everyone knew that the Federal Reserve would be forced to raise interest rates at one point, but the Fed did a good job in the last few months to talk down those expectations. So when they finally updated their economic projections on June 16, it caught the market by surprise.

The hardest hit out of the most traded currencies was the New Zealand Dollar, as the small exporting country tends to see the highest variation in economic growth. When the world is booming, its currency will gain, and whilst the world economy is anticipated to slow, the NZD is one of the hardest hit.

The best way to trade on yesterday’s Fed rate meeting was to short-sell the NZDUSD at 0.71 with a stop at 0.7162,  and a take profit level at 0.6942, the 2021 low in New Zealand to US Dollar exchange rate. But also the target of the rectangle pattern seen in the chart below. 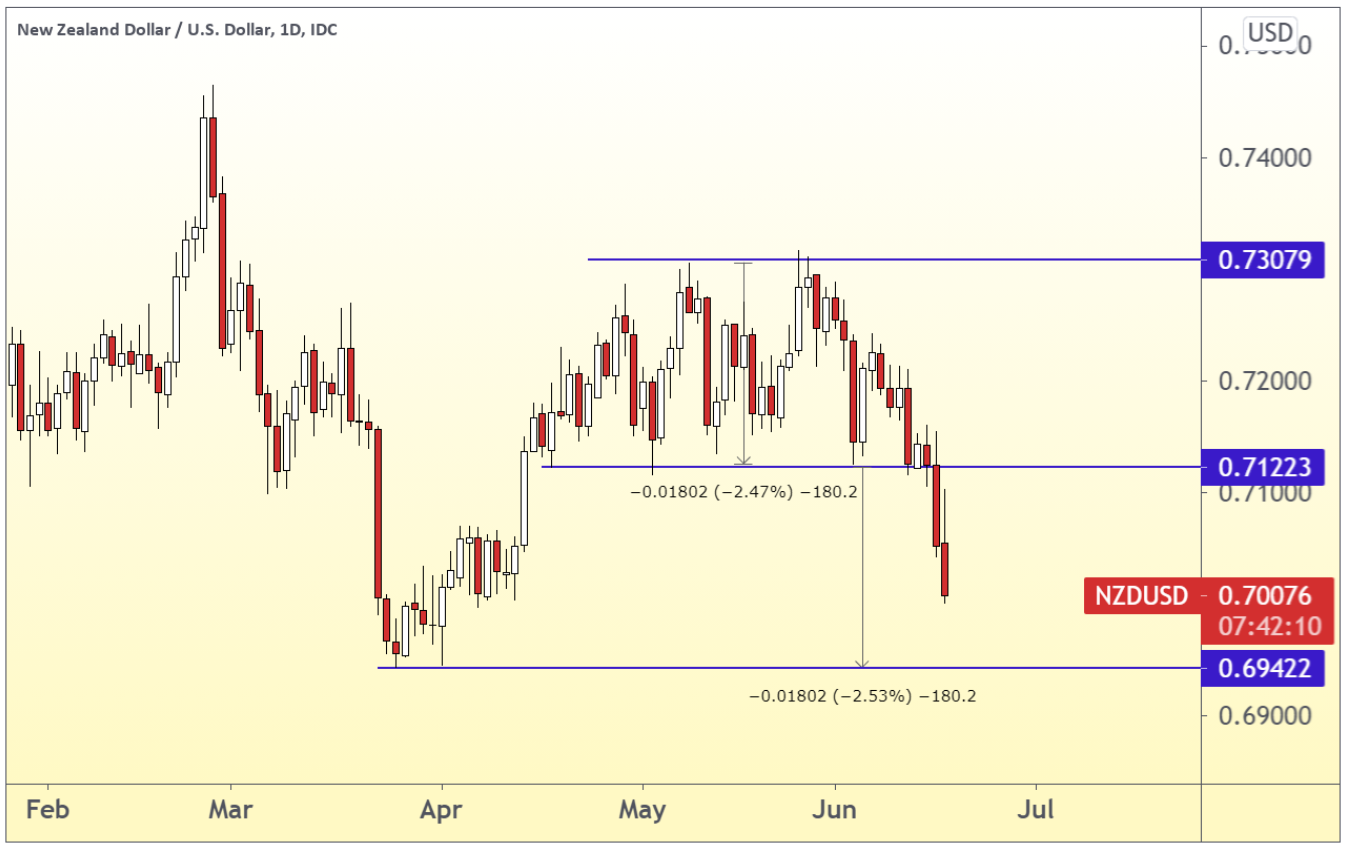 The train left yesterday for traders that wanted to short-sell the NZDUSD. Yet, there are other pairs where there is still a chance to take advantage of the stance change of the US central bank.

GBP/NZD could soar in the weeks ahead

GBPNZD is interesting because GBP is trading slightly detached from the current “risk-off environment,” for example, GBPUSD is down, but only by 0.28%, whilst the NZDUSD is down by 0.62%, and so it’s the Australian dollar, at pixel time.

As for the price action on the GBPNZD pair specifically, we can see in the chart below that the price breached a 2.5 months old ascending triangle pattern with a target of 2.02. The price also triggered a significant inverse head and shoulders pattern with a target of 2.09. The pattern started forming in October 2020, and it will take 1149.9 pips for the price to reach the take-profit level from the breakout point.

I managed to buy on the dip on June 14 at 1.9721, and I will remain bullish as long as the price trades above yesterday’s low of 1.9695. I suspect traders that are not already long will add GBPNZD long positions to their portfolios on a correction to the 1.98 to 1.97 interval, with stops just below yesterdays low. 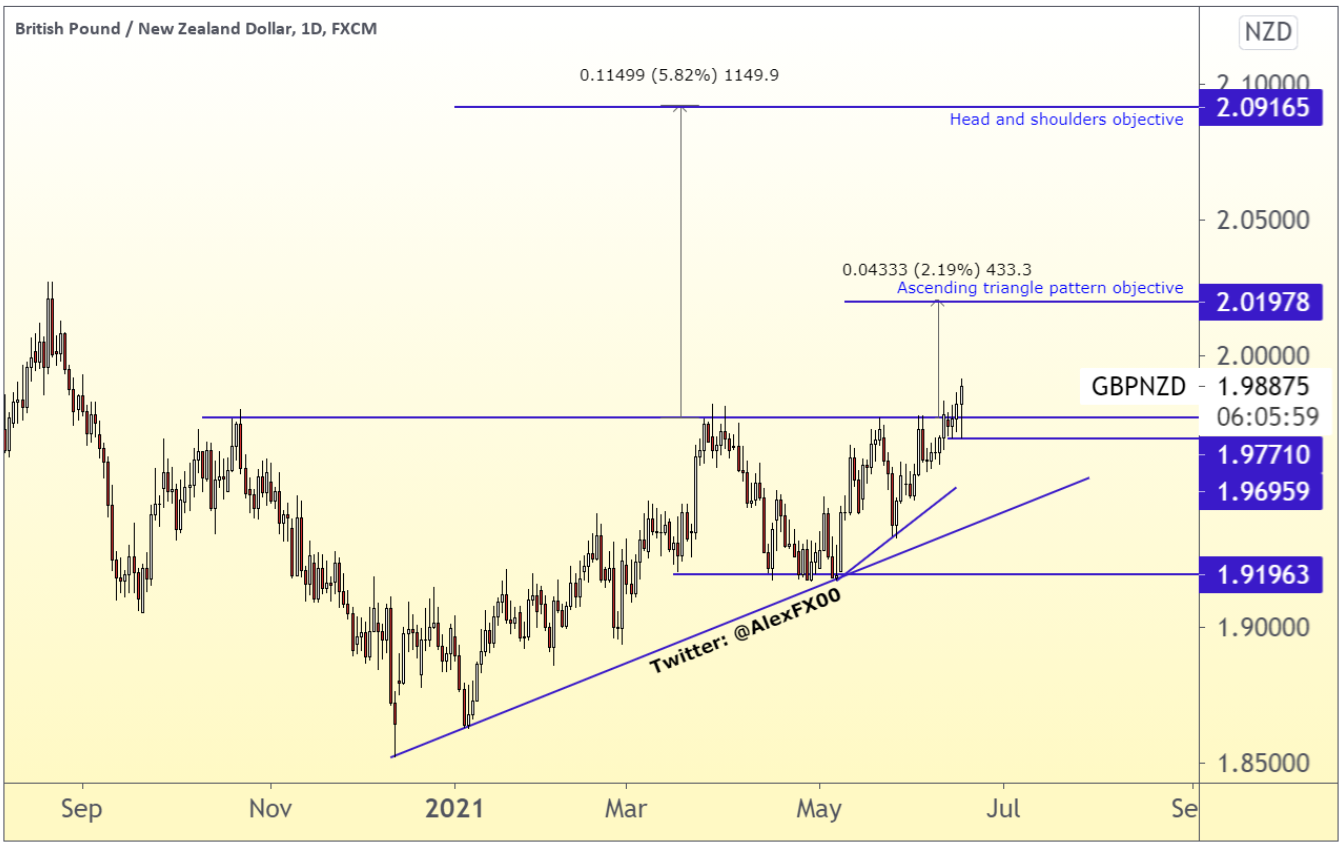