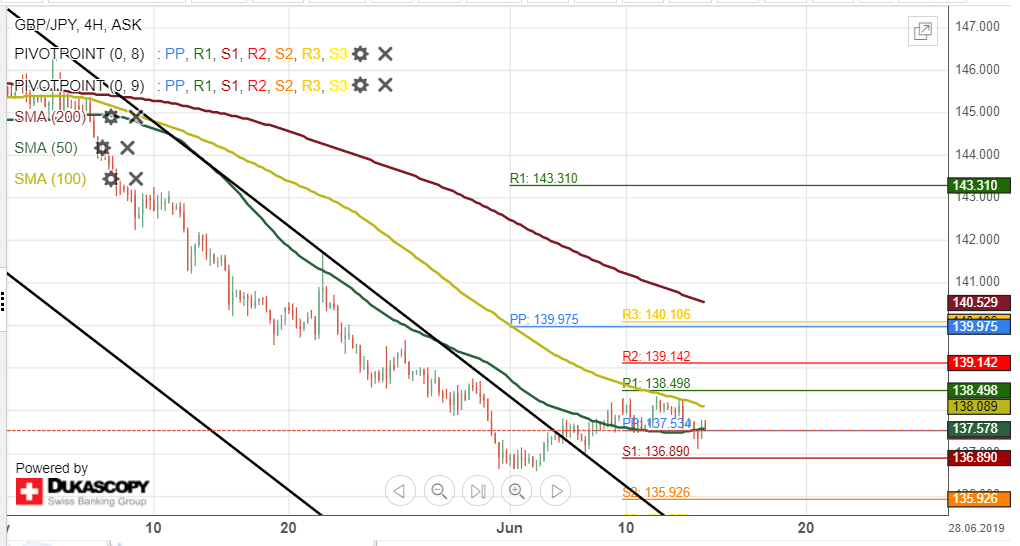 The British Pound has been trading sideways against the Japanese Yen during the past week. However, a breakout occurred through the upper boundary of a descending channel pattern on June 6.

Currently, the exchange rate is stranded between a resistance level formed by the 100-hour SMA at 138.14 and a support line set by the 50-hour simple moving average at 137.55.

Everything being equal, it is likely that the GBP/JPY currency exchange rate will aim for the 200-hour SMA at 140.59 during the following trading sessions.