Narrow ranges have been prevailing so far today. A backdrop of rallying stock markets hasn’t inspired directional impetus in the forex realm. News that University of Oxford/AstraZeneca has resumed its phase-3 trial of its candidate vaccine for the coronavirus was taken as a buying cue for stock investors. The trial had been paused last week after one of its volunteers fell ill. 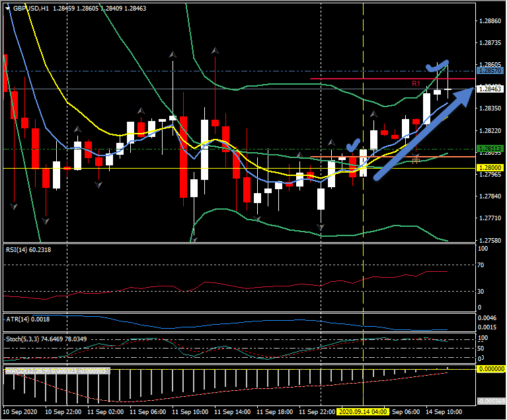 EURUSD has been holding in the mid 1.1800s, which is roughly at the midway mark of the range that’s been seen over the last four weeks. Cable has lifted from under 1.2800 and posted an intraday high at 1.2859. The pair last week dropped precipitously and pegged a seven-week low at 1.2763. At prevailing levels the Pound remains down by 2.6% from week-ago levels, and by 2.1% in the case against the Euro. Some furtive buying may be seen near-term, perhaps with the aim of triggering some buy stops, but the overall outlook looks bearish for the Pound. EU-UK and intra-UK tensions are running high following the UK government’s gambit to unilaterally amend the EU Withdrawal Agreement. 4 previous Prime Ministers, (Blair, Brown, Major & May), Mrs May’s Attorney General (Geoffrey Cox) and even David Cameron have all expressed concerns ranging from voting again on the Bill (Cox) to this is a high risk negotiating stance and nothing has been decided yet (Cameron). Additionally, there has been a surge in coronavirus cases in the UK and Europe (not to be confused with hospitalisations/deaths, which remain at very low levels) which has led the UK government to introduce fresh nationwide social restrictions and impose a lockdown on the country’s second biggest city, Birmingham. The UK’s wage support scheme is also due to expire in October, and the government’s official line is that it is not going to be extended. So the outlook looks bearish for the Pound. 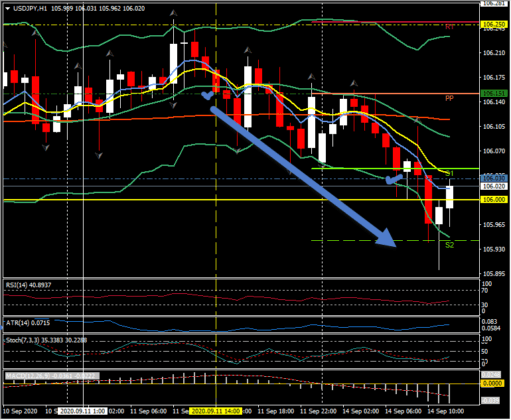 Elsewhere, USDJPY has tracked lower (105.90) following the landslide victory for Yoshihide Suga in the leadership election of the ruling LDP party, which means he will become the new prime minister after Shinzo Abe steps down. He is not expected to herald much change in prevailing policies, although he may seek a fresh mandate for himself before the scheduled General Elections on 22 October 2021. AUDUSD is holding around 0.7278 pivot point, remaining well within the range seen on Friday. USDCAD has been plying a narrow range in the mid 1.3100s.