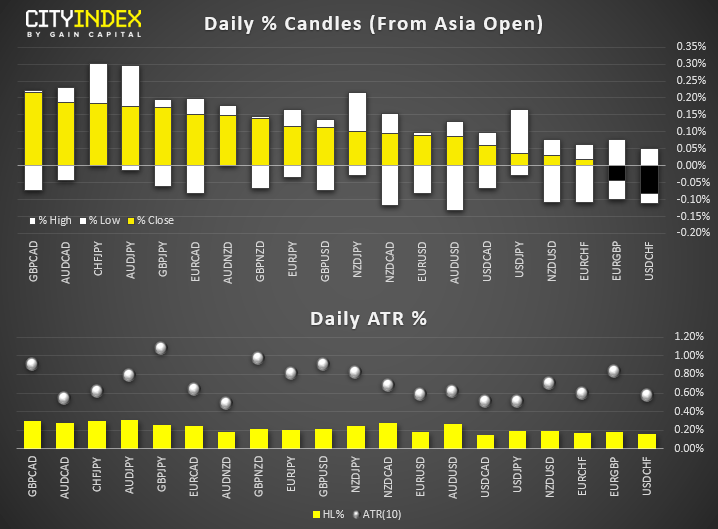 ECB fatigue saw thin ranges saw all majors and crosses remains well within their typical daily ranges. GBP and AUD are the strongest majors, CAD and JPY are the weakest.

A weaker Yuan has seen USD/CNH move to a 1-month low, which keeps USD/SGD on our bearish watchlist.

Elsewhere, the USD was slightly firmer with USD/JPY edging its way to fresh highs, and USD/CAD consider a new weekly high. EUR/USD remains near the top f yesterday’s elongated bullish range, eyeing up a break of 1.1100.

In a Reuters poll, 33 of 41 economists further easing from BOJ, yet only 13 of them expect it to be next week. They also expect the Fed to cut rates next week and once again in Q4. 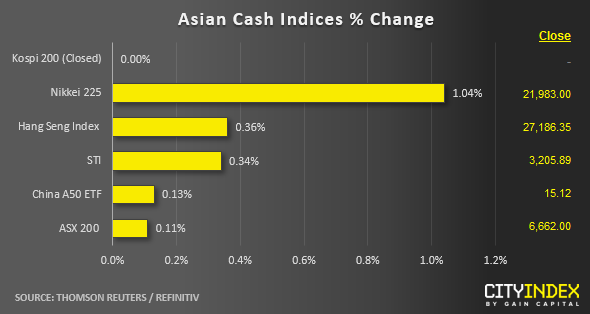 Asian stock markets have continued to extend their weekly gains for the 3rd consecutive week as the markets are wrapping up for the weekend. The on-going “risk-on optimism” has been triggered by European central bank, ECB that reopened the “QE floodgate” as long as it deems fit and another bout of “trade deal optimism” headline where media has reported that U.S. President Trump advisers are considering an interim deal with China that will delay and even roll back some U.S. tariffs.

The best outperformer so far as at today’s Asian mid-session is the Japan’s Nikkei 225 (the 3rd consecutive day) as it rallied by 1.04%. For the week, the Nikkei has advanced almost 3.5%, on track to post its biggest gain in eight months. Korea’s Kospi 200 remains shut for a public holiday today.

The leading sector in the Nikkei 225 is the interest rate sensitive real estate sector that has gained by 2.0% ahead of Fed and BOJ monetary policy meetings next week.

US retail sales held up well in July, although expected to soften in August. We doubt it will have little impact regarding the Fed cutting next week, but it could allows for a little USD upside should the data remain firmer than expected, later today.

The University of Michigan Sentiment Index fell to its lowest read since October 2016 in August. In percentage terms, it was the largest monthly drop in consumer sentiment since December 2012. So we’ll keep a close eye on how it fares later today, because if consumer confidence continues to falter, it could further raise expectations for Fed easing this year ad into next. So, a weak print today could be supportive of US indices (which sit just off of their record highs). 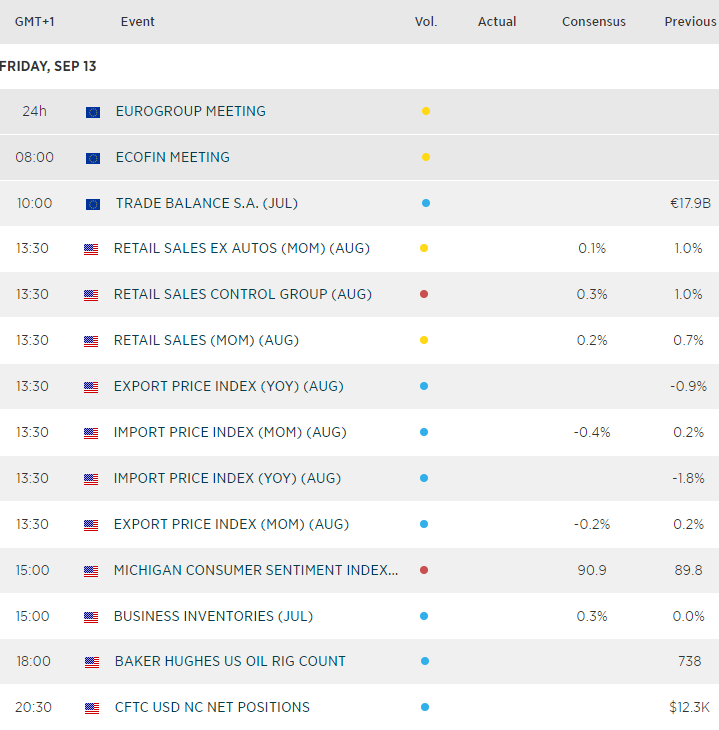