S&P 500 sharply extended gains and credit markets indicate some continuation even if by pure inertia. A trend in place stays in place until reversed – and yesterday‘s upswing was sufficiently supported by the credit markets. The late-day retreat in HYG is an obvious warning of a pause possibly coming next, but not of a reversal – the improvements in market breadth speak for themselves. So, I‘m looking for a lean day today, and I‘m keenly watching bonds and cyclical such as financials for further short-term direction clues.

While yesterday‘s upswing was driven by tech, the daily rise in yields and inflation expectations (however modest) was balanced out by still more yield curve compression. The risk-on turn in credit markets isn‘t over, and the key question is whether HYG can extend gains or at least go only sideways for a while.

Today‘s key premarket news propelling risk assets up was about Pfizer extolling its three-dose alleged efficiency against Omicron – even though the news was sold into shortly thereafter, it has the power to buy more time and provide fuel for stocks and commodities. The copper weakness remains the only watch out in the short term, and silver sluggishness reflects a lack of imminent inflation fears. As if the current prices accurately reflected above-ground stockpiles and yearly mining output minus consumption. It‘s the same story in the red metal, by the way.

Patience in the precious metals – it‘s about Fed either relenting or placing an inordinate amount of stress on the real economy, which would take time. Spring 2022 most probably would bring greater PMs gains than 2021 with its fits and starts – aka when inflation starts to bite the mainstream narratives and stocks, some more. 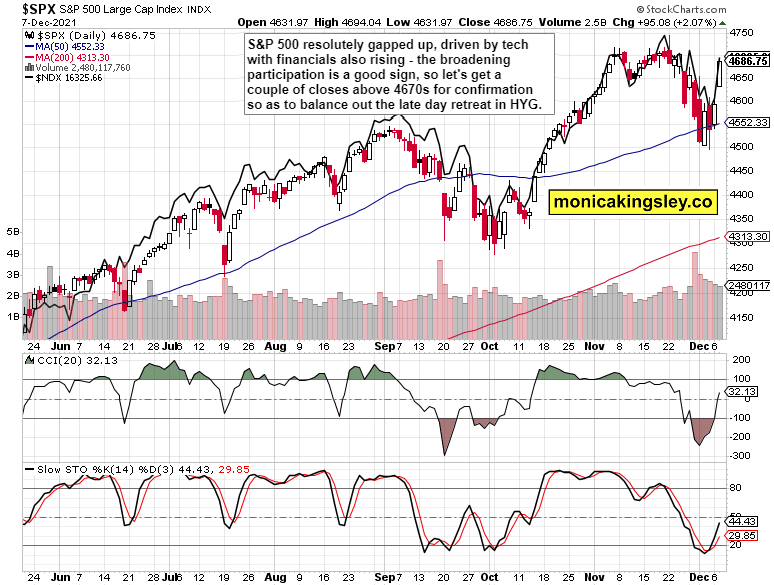 S&P 500 gapped higher and is once again approaching ATHs. Hold your horses though for it would take some time to get there. I would prefer to see broader participation within a value, which isn‘t totally there at the moment. It‘s improving, but still.

HYG upswing was considerably sold into, and that spells some consolidation ahead. The degree to which it spills over into stocks remains to be seen.

Precious metals are still looking stable, and ever so slowly improving after the Fed hawkish turn hit. The central bank and real yields projections hold the key, but the countdown to higher prices is firmly on. 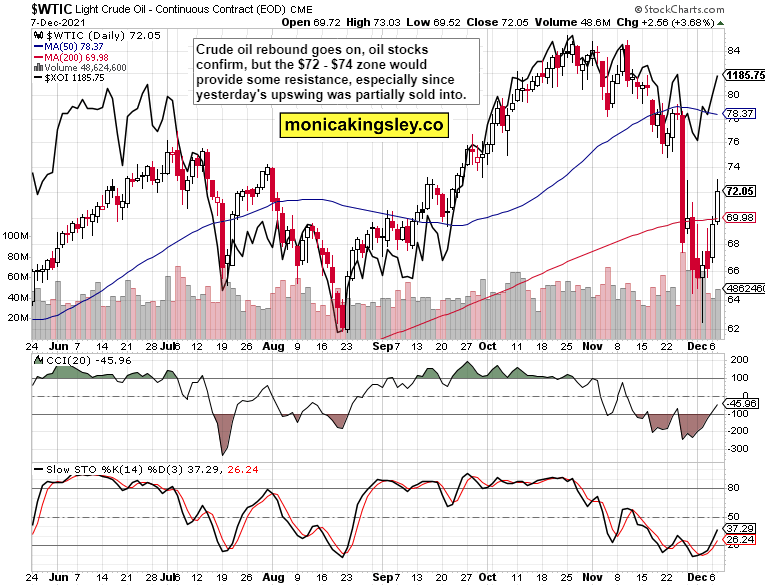 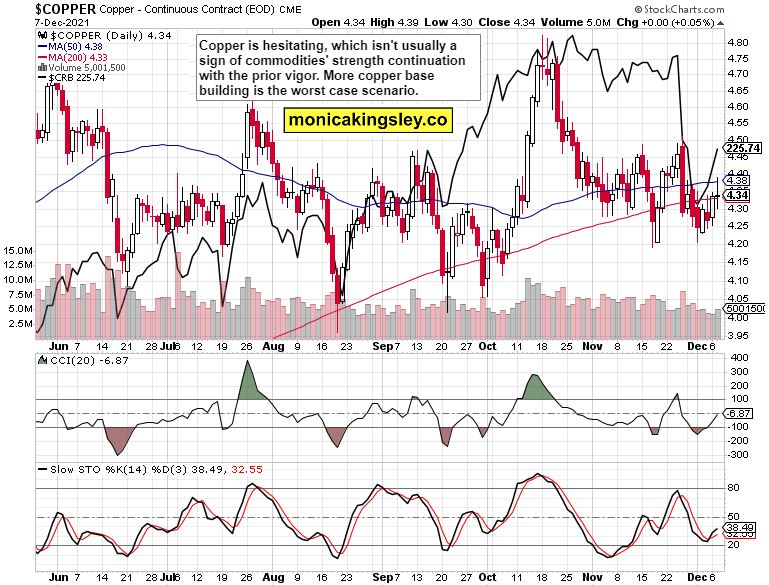 Copper is another reason why I‘m not overly bullish for today – the red metal‘s base-building looks to need a bit more time to play out. 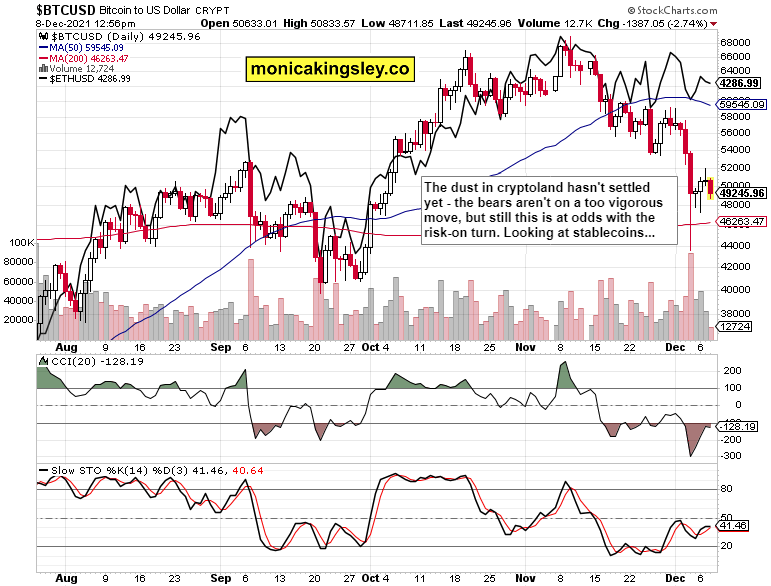 Bitcoin and Ethereum are still base building, and looking vulnerable. While a downswing isn‘t guaranteed, it can come and turn out to be sharp.

S&P 500 is likely to consolidate recent strong gain, not accelerating the surge today. The bulls within risk-on assets look to be slowly gaining the upper hand, and the opening part of today‘s analysis describes it‘s not a one-way street to fresh highs as the Fed has turned from a tailwind to a headwind.