S&P 500 rebound still ran into selling pressure before the close – the bulls lost momentum however well the government and Fed‘s words were received. Credit markets hold the key – specifically, how corporate bonds and Treasuries perform compared to each other. This would be also reflected in the yield spreads, dollar moves, or cyclical vs. stay-at-home stocks.

Today‘s analysis will be shorter than usual, so let‘s dive into the charts to fulfill my title‘s objective. 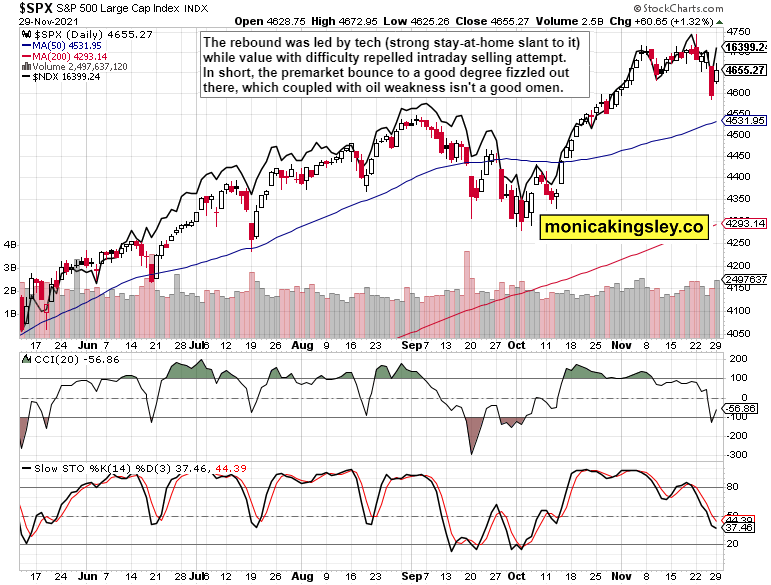 S&P 500 is still far out of the woods, and the bulls have to decidedly repel any selling pressure - a good sign of which would be a close in the 4,670s.

As encouraging as the HYG upswing is, it‘s too early to call a budding reversal a done deal. LQD to TLT performance is a good start, which however needs to continue. The worst for the bulls would be renewed rush into Treasuries, sending other parts of the bond market relatively down.

Precious metals retreated again, but the bullish case is very far from lost. As discussed in the caption, the upswing appears a question of time – gold and silver are ready to turn on soothing language of fresh accommodation. 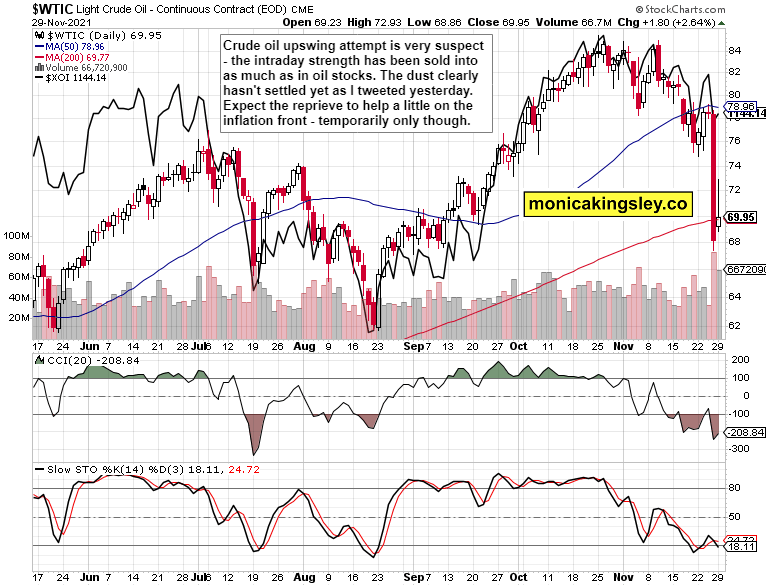 Crude oil upswing left a lot to be desired and as I tweeted yesterday, remains the most vulnerable within commodities. The dust clearly hasn‘t settled yet within energy broadly speaking. 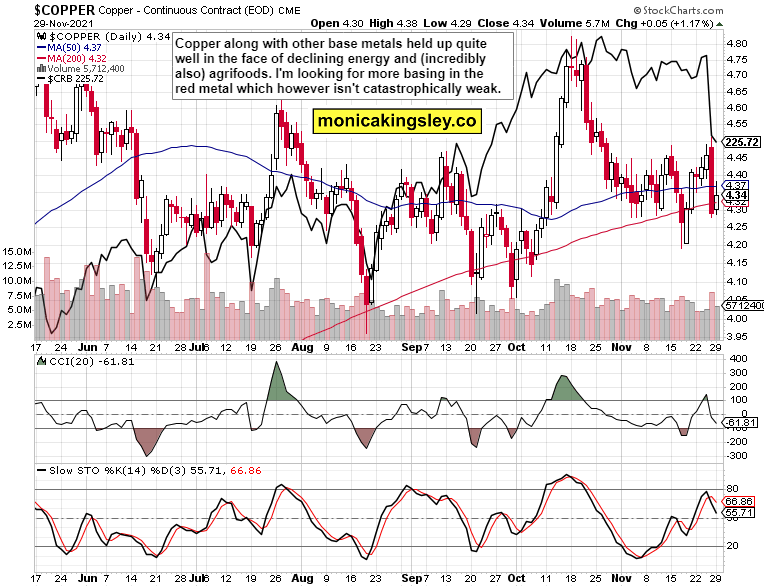 Copper held up considerably better than many other commodities and gives the impression of sideways trading followed by a fresh upswing as having the highest probability to happen next. 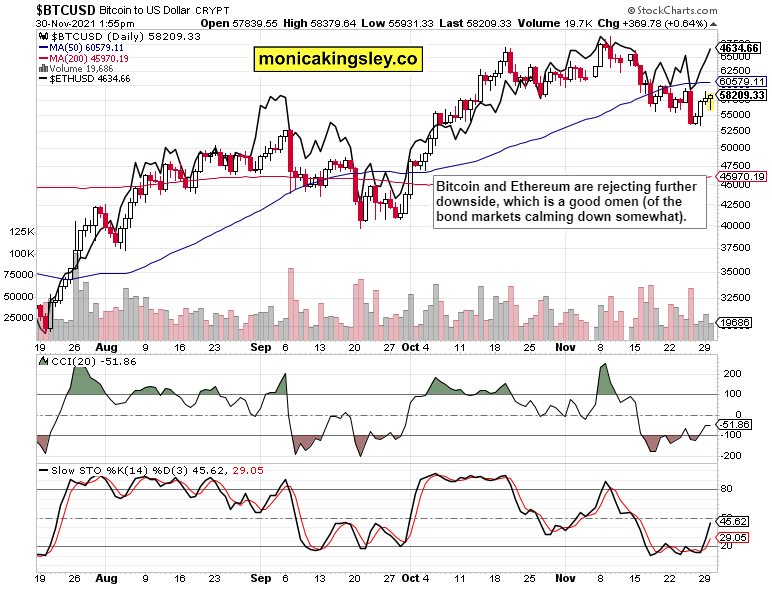 Bitcoin and Ethereum marching up today is a positive omen for gradual and picky return of risk-on trades. The overall mood is still one of cautious optimism.

Friday‘s route hasn‘t been reversed entirely, and markets remain vulnerable to fresh negative headlines. The degree to which current ones (relatively positive ones, it must be said) helped, is a testament of volatility being apt to return at a moment‘s notice. I‘m certainly not looking for the developments to break inflation‘s back – CPI clearly hasn‘t peaked. Precious metals are well-positioned to appreciate when faced with any grim news necessitating fresh monetary or fiscal activism.

Gold faces a wall of resistances above $1,800 ahead of US inflation Premium

Gold bulls seem to come up for the last dance ahead of the Fed’s favorite inflation gauge, the PCE Price Index. However, they appear non-committal near $1,800. The Fed’s hawkishness and stronger US data will likely keep gold’s upside limited.