The Federal Reserve kept its rate policy on schedule, indicating in its statement and Chair Jerome Powell’s press conference that it will raise the fed funds rate at the March meeting for the first time in three years.

In doing so the governors refused to be distracted by January’s turbulent equity correction or preliminary signs that the US economy may be slowing, preferring their new focus on inflation. (US Fourth Quarter GDP Preview: What have you done for me lately?)

“With inflation well above 2 percent and a strong labor market, the Committee expects it will soon be appropriate to raise the target range for the federal funds rate,” said the Federal Open Market Committee (FOMC) statement.

The bond buying program will end as previously set in March, with a reduction of the $9 trillion balance sheet to begin at an undetermined point after. The Fed also released a "Statement on Longer-Run Goals and Monetary Policy Strategy Principals for Reducing the Size of the Federal Reserve's Balance Sheet" that laid out the logic and purpose of the bank's asset portfolio.

A tightening cycle beginning in March had been widely expected for several months and market response was minimal with the major equity averages higher by substantial amounts and Treasury yields stable after the 2 pm announcement. A 0.25% rise in March would be the first increase since December 2018.

“I think there’s quite a bit of room to raise interest rates without threatening the labor market.” “Both sides of our mandate [inflation and employment]  are leading us to move away from the highly accommodative monetary conditions needed in the pandemic.” “The balance sheet is substantially larger than it needs to be.” The committee is “of a mind” to raise rates in March, were some of Mr. Powell’s comments that sent equities spinning lower and left the short end of the Treasury curve at pandemic highs.

Inflation has continued to worsen, admitted Mr. Powell, and the Fed's response will require higher rates.

The dollar fared well in the hectic trading during the hour-long press conference. The greenback rose in every major pair, closing versus the euro at 1.1240, its best level since December 17. 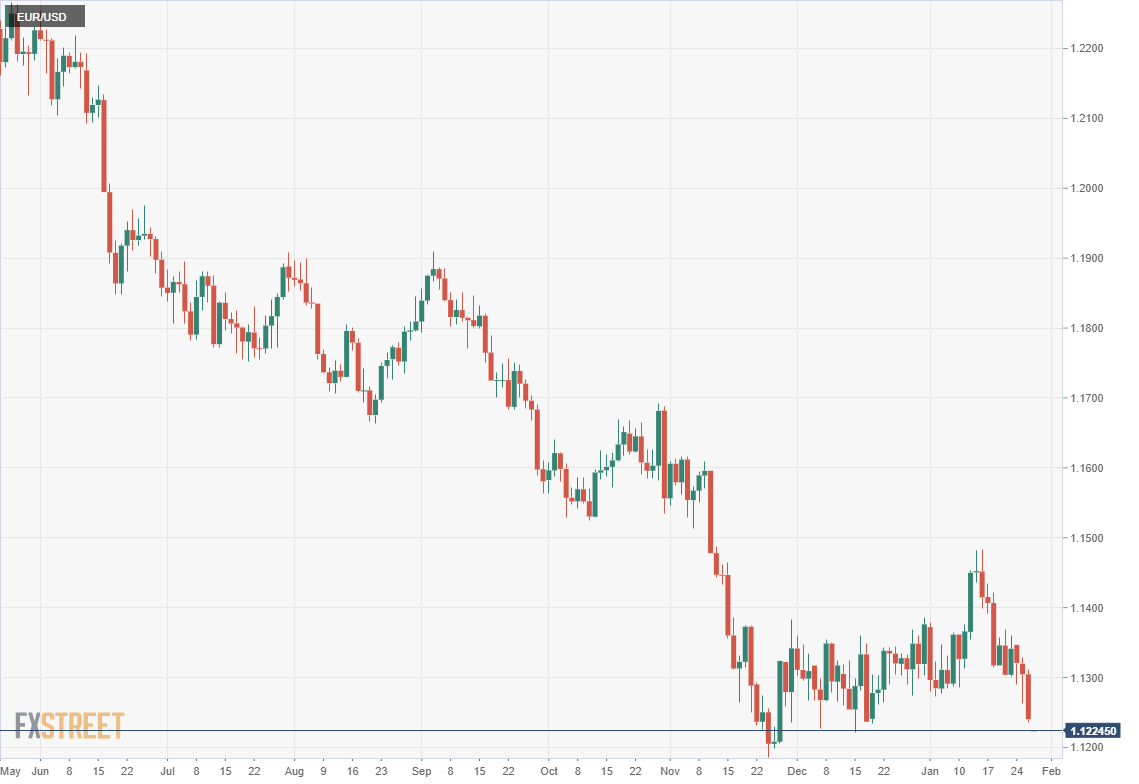 Asian equity markets continued the US losses with the Nikkei dropping 2.55% in Tokyo morning trading, the Hang Seng down 2.26% and the Shanghai Composite off 0.59%.

Conclusion: Consider this a warning

Fed policy is facing the fastest inflation rate in nearly 40 years with the Consumer Price Index (CPI) at 7% in December and the Personal Consumption Expenditure (PCE) Price Index at 4.7% in November.

It is the economic situation, strong growth, 5.4% annualized GDP is expected in the fourth quarter, coupled to a tight labor market and exceptionally high inflation that has dictated Fed policy.

Though Chairman Powell was decidedly more hawkish than markets anticipated, the weight of his comments stemmed from the focus of the press questions, which were heavily skewed to inflation, interest rate and balance sheet topics.

Repetition forced Mr. Powell to address these issues time and again. That made it seem as if the Chairman was determined to drive the points home to the reporters and markets.

But the stress on inflation came from economic reality that has constrained the Fed to determining when and how much to raise interest rates, not whether higher rates are the correct policy.

This evolving economic reality has not been fully priced in credit, equity or currency markets.