Tapering is not a question of if, but when – and the timing of the Federal Reserve's announcement to create fewer dollars may have to wait longer. The world's most powerful central bank has been buying bonds at a rate of $120 billion/month for over a year, and economic improvement has implied it could withdraw some support.

However, that could take more time, pushing the dollar down and allowing other currencies to rally alongside stock markets. Here are three reasons for a dovish message.

Fears that price rises would persist convinced Fed officials to raise their inflation forecasts to 3% YoY back in June on their preferred gauge of underlying prices. It also prompted a projection for two rate hikes in 2023, causing jitters in markets. Jerome Powell, Chair of the Federal Reserve, said that in that June meeting, it was the "thinking about thnking about tapering meeting" – the initial firing shot.

Since then, price rises have accelerated. The headline Consumer Price Index hit 5.4% YoY, the highest in 13 years and Core CPI reached 4.5% yearly.

Moreover, the Federal Reserve's other mandate, employment, has also improved – Nonfarm Payrolls rose by 850,000 last month, better than estiamted. Is this "substantial further progress" that the Fed needs to see before acting?

However, nearly seven million Americans that were in the labor force before the pandemic have yet to return to work. On the inflation front, price rises are still mostly conentrated in areas related to the rapid reopening, such as costs of used vehicles, car rentals, airfares and apparel. Americans leaving their homes more frequently need new clothes. 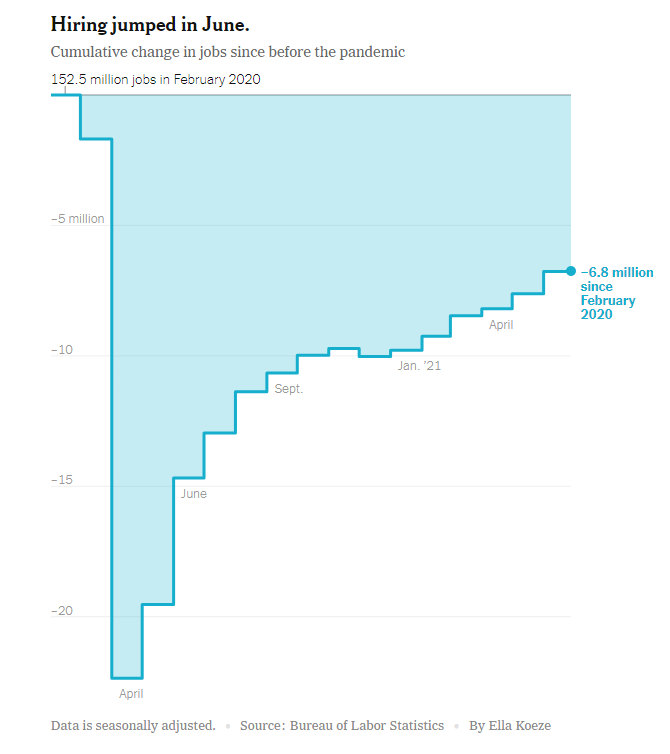 As both mandates can be viewed in a "glass half-empty" or "glass half-full" manner, the tie-breaker could be coronavirus. The rapid spread of the Delta variant is ravaging through undervaccinated areas of the US, but also places with high levels of immunization are seeing an uptick in cases – and restrictions cannot be ruled out.

Even if infections fall as quickly as they rise, that is not something the bank can predict. In recent years, the answer to uncertainty has been caution – and the bank is more likely than not to let inflation overheat than risk choking the recovery with premature tightening. Powell is dove, and so are most of his colleagues. 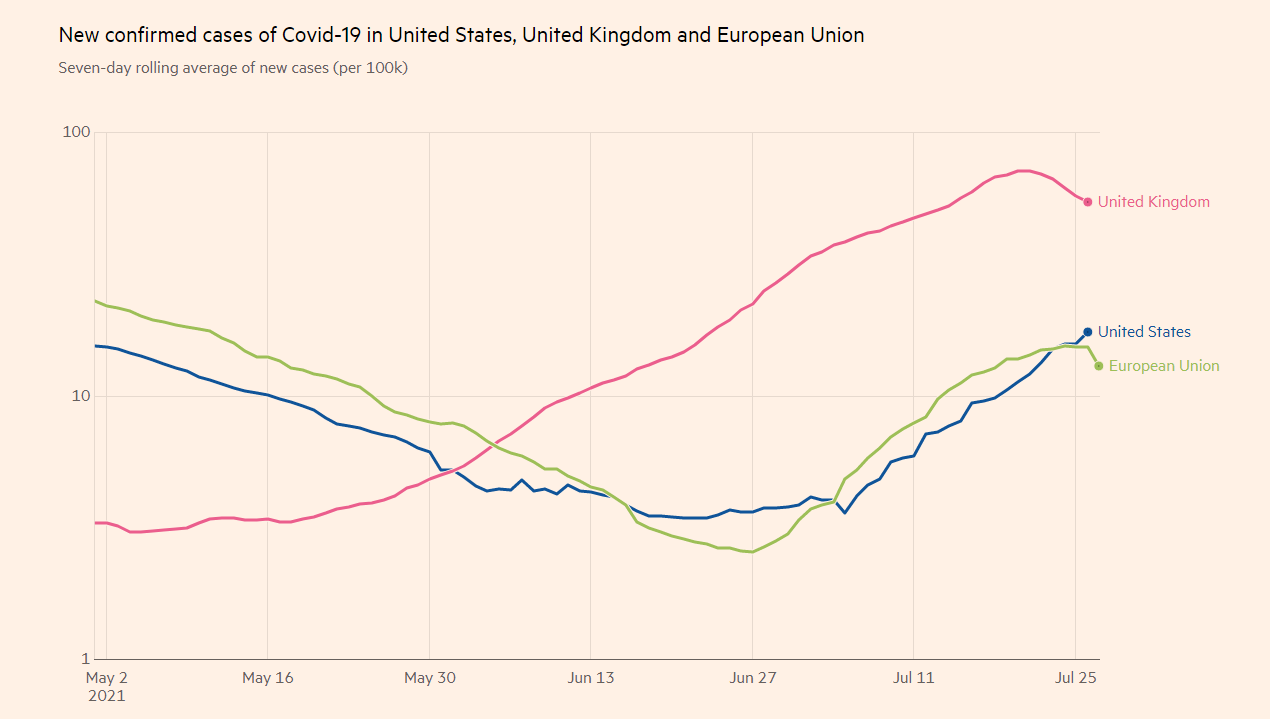 Powell promised to let markets know about tapering "well in advance"  Looking at the bank's slimming down of its balance sheet in 2017 – aka Quantitative Tightening – that meant two Fed meetings in advance. According to bond markets and analysts, the Fed will likely move in December, when it publishes new forecasts.

Therefore, it will probably provide the first hint in September – also a meeting accompanied with projections and two events before December's gathering. Moreover, previous Fed Chairs used the bank's Jackson Hole Symposium in late August to set the stage for policy changes toward the end of the year. Overall, July's meeting seems too early.

The Fed's balance sheet squeezed in the not-so-distant past: 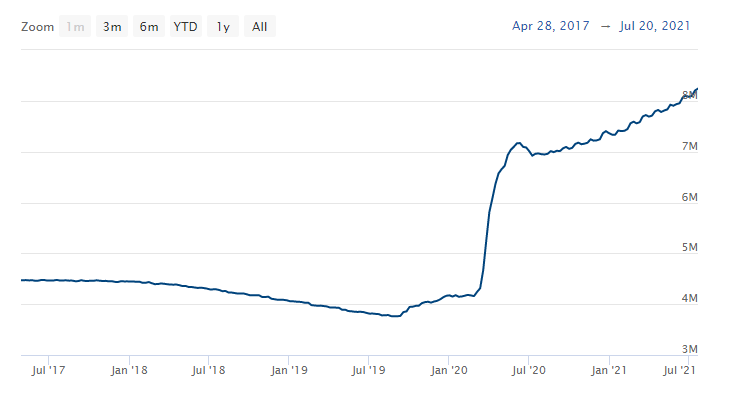 Moreover, there is no need for speculation, as Powell is more forthcoming than most central bankers. Testifying in mid-July before Congress, he said that the bar to tapering is monetary policy is still "a ways off."

His remarks came after inflation data was published and only two weeks ago – meaining that he would not only refrain from signaling any reduction in bond buys but pehaps push back against any imminent move even in September. That would weigh on the dollar.

3) Housing – not our business

Whiel the Fed is focused on exiting the covid crisis, its responsibility in contributing to the previous one – the 2008 one – is still an open wound. The long-lasting Great Recession was a mix of a financial crisis and a housing bubble. It does not want to foster another construction boom and bust now.

Prices of homes are on the rise again for several factors – many want larger homes to work from, the pandemic and consequent fiscal stimulus resulted in savings, and monetary support kept borrowing costs low.

House prices are rising by double-digits:

Some at the Federal Reserve are worried about the bank's contribution to increases in house prices, and are pushing to reduce purchases of Mortgage Based Securities (MBS) directly linked to the sector. The Fed buys $40 billion in MBS and $80 billion in government bonds

Reporters will likely poke Powell in the press conference about the topic, but he could shoot a straight answer to dismiss such concerns. Another factor pushing prices higher is the lack of supply to meet rising demand, as builders struggle to catch up – partially due to the lack of sufficient building materials.

Shortages – in workers, used cars and bricks – could be dismissed as yet another transitory effect related to the grand reopening. The Fed is unable to provide cement, and raising borrowings costs will do little to alleviate pressures.

Moreover, MBS and government bonds are not segregated markets. Long-term interest rates are affected by the Fed's global buying rather than by specific moves. By shrugging off concerns, Powell could further convince markets that tapering is far from immiment.

The Fed is set to hold firm with its bond-buying scheme and push back against any imminent tightening. The lack of action by the Fed does not mean stability in currency markets – printing more dollars for longer means a weaker greenback. 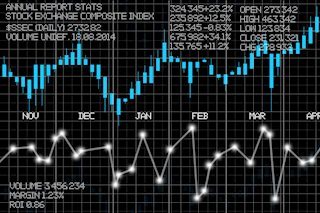