The Federal Reserve kept its pandemic monetary policy in place on Wednesday with Chairman Jerome Powell saying that is far to soon to consider tapering its bond purchases.

As expected, the first meeting of the Federal Open Market committee (FOMC) in 2021 left the fed funds target range at 0.05%-0.25% and its bond buying allotment at $120 billion a a month, split $80 billion in Treasuries and $40 billion in agency mortgage paper.

Mr. Powell said that the current policy stance is 'appropriate' to the economic and financial conditions and that “monetary policy is playing a key role in supporting the recovery and will continue to do so.”

Markets had been looking for possible clues to the timing for a change in policy if inflation accelerates, primarily a potential reduction in the bond program.

The Fed dropped the base rate to the zero bound in March and has left it there since.

Last year the governors adopted inflation averaging so that even if prices rise above the 2% target for a considerable time, the FOMC will not necessarily consider, and more importantly, the Treasury market will not speculate, on higher rates.

Inflation remains low but traders worry that with $3 trillion in stimulus funds coursing through the economy and the Biden administration planning to add $1.9 trillion more, what would be the Fed response if prices began to rise as the economy and consumer demand revive in the summer.

Asset prices, primarily equities and US home prices have risen substantially during the pandemic. Stocks have set repeated records over the past months and home prices added 9.5% in November the largest increase in five-and-a half years.

Mr. Powell denied that monetary policy was driving equity valuations. "If you look at what’s really driving asset prices in the last couple of months, it isn’t monetary policy. It’s expectations about the vaccines, it’s also fiscal policy,” he observed. “Those are the news items that have been driving asset … values in recent months.”

However, that is a view many on Wall Street would dispute.

Since the assets purchases began in March the Fed has expanded its balance sheet by more than $3 trillion to nearly $7.5 trillion.

“It is too early to being talking about tapering...The whole focus on exit is premature. There is no reason we will not be able to shrink the balance sheet when the time comes,” said Mr Powell in his news conference following the announcement.

“We will continue to increase our Treasury holding until substantial further progress is made to our goals. The economy is a long way from our monetary policy and inflation goals.”

There were two notable changes in the FOMC statement both acknowledging the heightened uncertainty over the recovery.

In addition, the governors removed 'in the near term' referring to the pandemic impact and 'in the medium' denoting economic risk. The resulting phrase, “the ongoing public health crisis continues to weigh on economic activity, employment, and inflation, and poses considerable risks to the economic outlook," leaves the duration and effect of the pandemic entirely open-ended.

As he has many times in the past, Mr Powell mentioned that the social cost of the pandemic has not fallen equally on society.

The economy has seen a very uneven set of job losses. Workers whose presence at their job defines their role have been fired in droves, especially in the restaurant, hospitality and travel sectors, while most office employees have successfully switched to home production. The disparity has greatly favored better- paid salary workers over hourly service employees. In places like New York City unemployment among restaurant workers may be 75% or higher.

The US economy appeared to grow strongly in the fourth quarter, despite the depredations in the labor market, with expectations for Thursdays advanced reading of GDP from the Commerce Department varying between 3.9% and 7.5%.

Treasury rates were little changed with the 10-year Treasury rising one point to 1.025% and the two-year stable at 0.121%.

The dollar gained ground against all the majors,with the EUR/USD closing at at 1.2101 it lowest since January 18 and the USD/JPY finishing at 104.15, up 55 points. The USD/CAD rose to end at 1.2815 its highest finish this year. 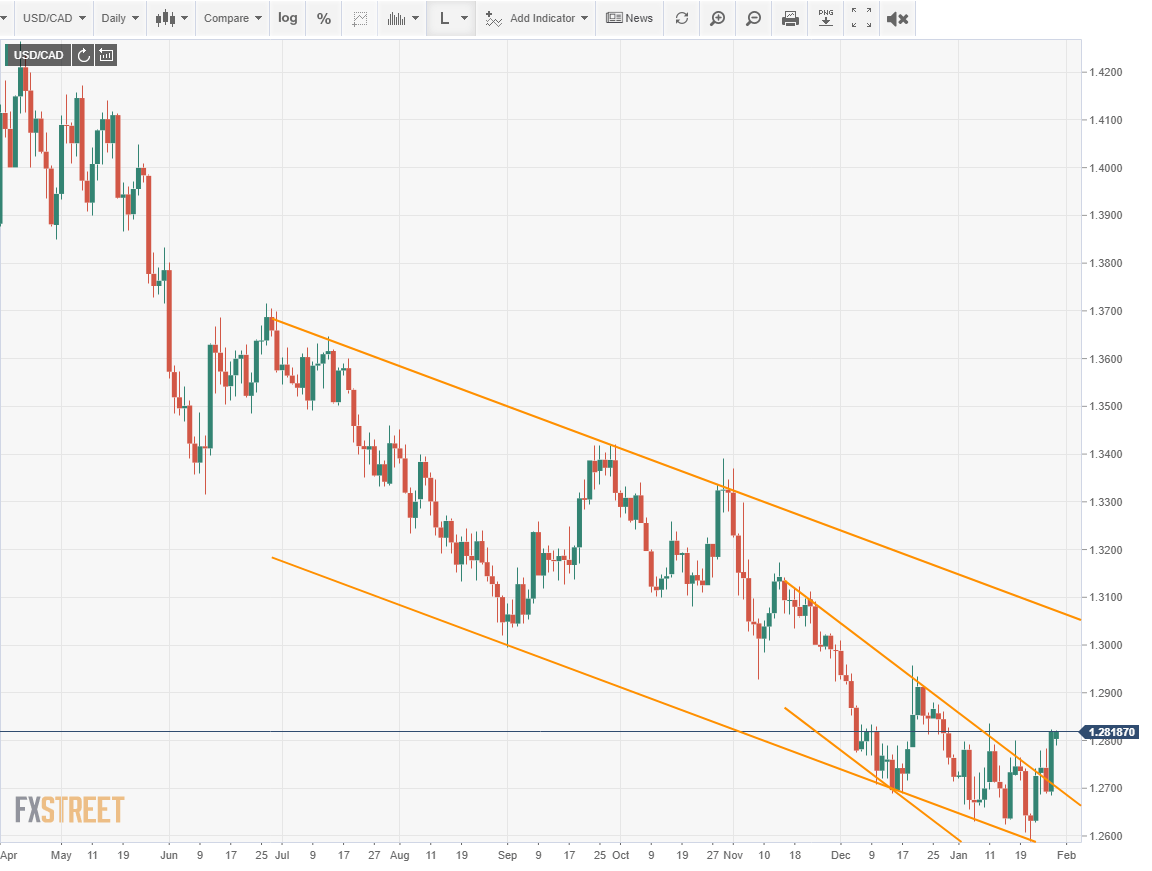 GBP/USD: Scottish election’s result may take its toll on pound

The British Pound took advantage of the broad dollar’s weakness, and GBP/USD  surged to 1.4005, retreating just modestly ahead of the close to settle around 1.3990. GBP/USD is technically bullish, could advance once above 1.4015 resistance.

Gold extended its rally after surging above $1,800 on Thursday. During the first half of the week, the XAU/USD pair struggled to rise above $1,800 and fluctuated in a horizontal channel. The next target on the upside aligns at $1,850.