S&P 500 keeps grinding higher, beyond 4,520 towards fresh ATHs. The VIX is approaching 15, and that means some volatility is likely to return as the current lull won‘t last indefinitely. Yields are steadily rising again, in line with my prior thesis of a summer lull followed by renewed march higher – the 10-year is at 1.65% already, but inflation expectations aren‘t as raging yet as in May when a similar rate was hit (this is part of the explanation why gold is lagging behind currently – it‘s not about hot present inflation figures only).

(…) So far so good, and the stock market run continues without marked credit markets confirmation as the risk-on turn there isn‘t complete (yet). Treasury yields aren‘t retreating, yet tech is the driver of the S&P 500 upswing while value keeps treading water. Encouragingly, financials do well – it‘s cyclicals‘ time, and the open S&P 500 long position is very solidly profitable already.

Not only that stock market profits are growing, I‘ve cashed some nice long copper profits before the overnight dive well below 4.70. Both crude oil and natural gas look like taking a breather – shallow one in case of black gold, and one probably more protracted around the 5.00 level (50-day moving average essentially) in case of its more volatile cousin.

Crypto's open profits also keep doing great – there is no correction attempt to speak of really. Coming full circle to precious metals, all that‘s needed is one serious Fed policy misstep. Just imagine if they didn‘t deliver on Nov taper, or if the rate-raising speculation was promptly snuffed while inflation fires just kept burning (no, this can‘t be blamed on supply chains really). The Fed is though well aware of market expectations that they themselves had been feeding since Jun.

Reflation is slowly giving way to stagflation – GDP growth is slowing down while inflation isn‘t disappearing, to put it mildly. The copper upswing isn‘t so much a function of improving economic prospects but of record low stockpiles. Anyway, much more to look for in the commodities and precious metals bull markets that are likely to appreciate much more than stocks this decade. 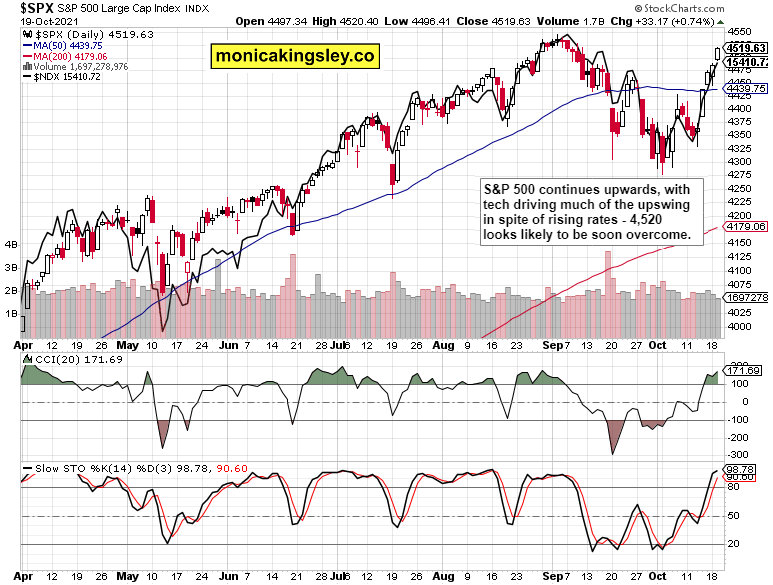 Debt instruments have turned to risk-on, confirming the stock market advance. Rising yields don‘t look to be a problem for now.

The gold upswing hasn‘t been dashed, but merely delayed – the rest of the precious metals sector isn‘t as weak, and that‘s to be expected. 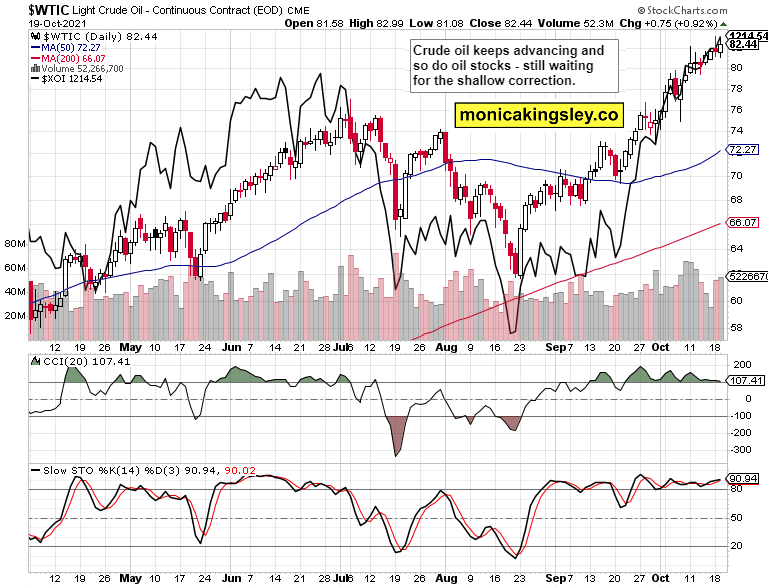 Crude oil again didn‘t correct, and oil stocks didn‘t even pause yesterday – but as the pace of price increases is slowing down, the shallow downswing looks very much approaching (if not here already). 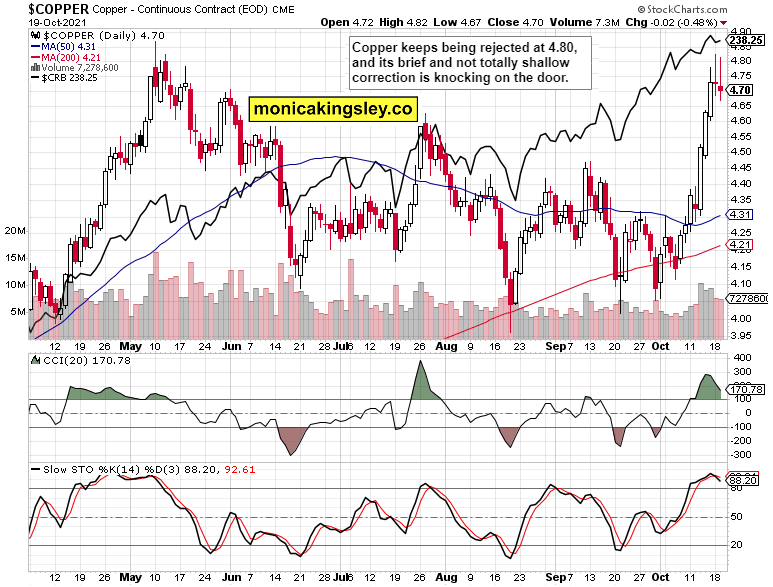 Copper is ready to consolidate prior steep gains, and its correction would likely be a sideways one not reaching overly far. Then, even higher prices await. 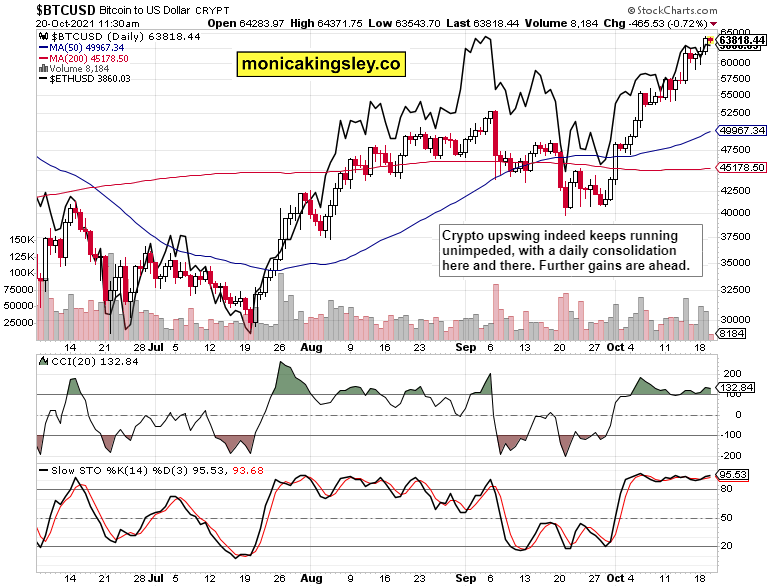 Crypto gains consolidation with an upward bias continues today, and further gains are ahead – just like I wrote yesterday.

Stock market rebound goes on, practically nibbling at 4,520. Fresh ATHs are approaching, but given the ascent‘s pace and VIX, aren‘t probably a matter of a few short days. Still, the overall momentum is on the bulls‘ side as credit markets have also turned risk-on yesterday. Commodities aren‘t selling off in the least, but a brief oil and copper consolidation are likely now. Gold seems to wait for a dual confirmation of declining dollar and nominal yields, while silver isn‘t waiting – and it shouldn‘t as the white metal would be leading this unfolding upswing. Cryptos aren‘t hesitating either.