The EURUSD pair rose slightly ahead of the latest European Central Bank (ECB) decision. The bank, which will conclude its meeting today, is expected to leave its deposit facility rate at -0.50%. For now, it is also expected to continue with its asset purchases. Analysts will be waiting for more information on the future pace of purchases and hints about when the bank will start tapering. Most importantly, Christine Lagarde will likely be asked about the recent policy change by the bank. The policy updated its inflation target to 2% from the previous “below or close to 2%.

Global stocks rebound continued on Wednesday as investors shrugged the latest information on the Delta variant. The Dow Jones, S&P 500, and Nasdaq 100 index rose by close to 0.80% in the US. Similarly, in Europe and Asia, indices like the DAX, FTSE 100, and Nikkei 225 rose by more than 0.50%. The rise is partly because investors expect the new wave of the virus to be less severe. It is also because of positive corporate earnings. Recent results from companies like Philip Morris, IBM, Goldman Sachs, and JP Morgan were positive. As such, investors expect that growth will rebound.

US stocks momentum faded in the futures market after Senate Republicans managed to block a $1 trillion infrastructure bill. 49 members voted for the bill, short of the 60 needed. Democrats were hoping to pass the $1 trillion bill followed by a $3.5 trillion anti-poverty bill that provides funds for childcare, education, and climate issues. Still, negotiations will go on and there is a possibility that the two sides will ultimately reach a deal. Stocks will today react to earnings by companies like Biogen. Abbott Laboratories, Newmont, and Fifth Third.

The EURUSD pair rose slightly ahead of the upcoming ECB decision. It is trading at 1.1796, which is a few pips above this week’s low of 1.1752. On the hourly chart, the pair is between the descending channel. It has also moved above the 25-day moving average. Further, it seems to have formed a small bullish flag pattern while the signal and histogram of the MACD moved above the neutral level. Therefore, the pair will likely keep rising as bulls target the upper side of the channel at 1.1830.

The Dow Jones erased the losses made on Monday as stocks rebounded. It rose to $34,815, which was above this week’s low of $33,730. On the four-hour chart, the pair has formed a V-shaped recovery and moved to between the middle and upper part of the Bollinger Bands. The histogram of the MACD also moved above the central line. The index will likely have a pullback today as traders start taking a profit.

The EURGBP pair erased some of this week’s gains ahead of the ECB meeting. It declined from this week’s high of 0.8670 to the current level of 0.8600. It is also approaching the upper side of the descending channel. The Awesome oscillator and the Relative Strength Index (RSI) have also declined slightly. Therefore, the pair will likely re-enter the descending channel later today.

EUR/USD approaches 1.1850 after the Fed said it would discuss tapering bond buys in coming meetings, seemingly in no rush to print fewer dollars. Fed Chair Powell said "substantial further progress is still "a ways off."

Gold prices are steady at critical daily support post-Fed statement. A benign statement has left markets at a standstill, awaiting Fed's chair presser. The two-day Federal Open Market Committee meeting has drawn to a close this afternoon and the statement has been released.

A brief technical and on-chain analysis on MATIC price. Here, FXStreet's analysts evaluate where Polygon could be heading next as it seems bound for higher highs.

FOMC: “Progress” made but is it enough to taper? 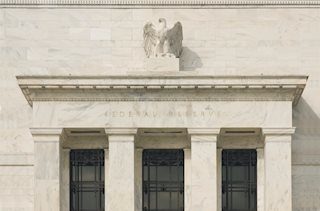 As widely expected, the FOMC did not make any major policy changes at today's meeting. The decisions to keep the target range for the fed funds rate unchanged as well as the pace of asset purchases was unanimously supported by all 11 voting members of the Committee.