The 50-period simple moving average (SMA) is keeping sellers under control this week, though the momentum indicators have yet to enter the bullish territory to signal improvement in the market. With the RSI hovering around its 50 neutral mark and the MACD fluctuating barely in the negative neighborhood and slightly below its signal line, the short-term bias is viewed as rather neutral at the moment.

Should the price hold above the 50-period SMA, buyers would like to see a closing price above the 23.6% of 1.1108 to increase exposure in the market – the area has been a key support back in May as well. Such a strength may then face resistance around 1.1140, where any break higher would open the door for the tops around 1.1174. If the market manages to clear its recent peaks too, positive momentum could stretch somewhere near 1.1230.

Looking at the bigger picture, the pair is in consolidation, moving sideways within the 1.0878-1.1178 boundaries and only a violation at these edges would adjust the outlook accordingly.

In brief, EURUSD is lacking convincing positive signals in the four-hour chart, with short-term and medium-term traders waiting for a rally above 1.1108 and 1.1174 respectively to resume buying appetite. 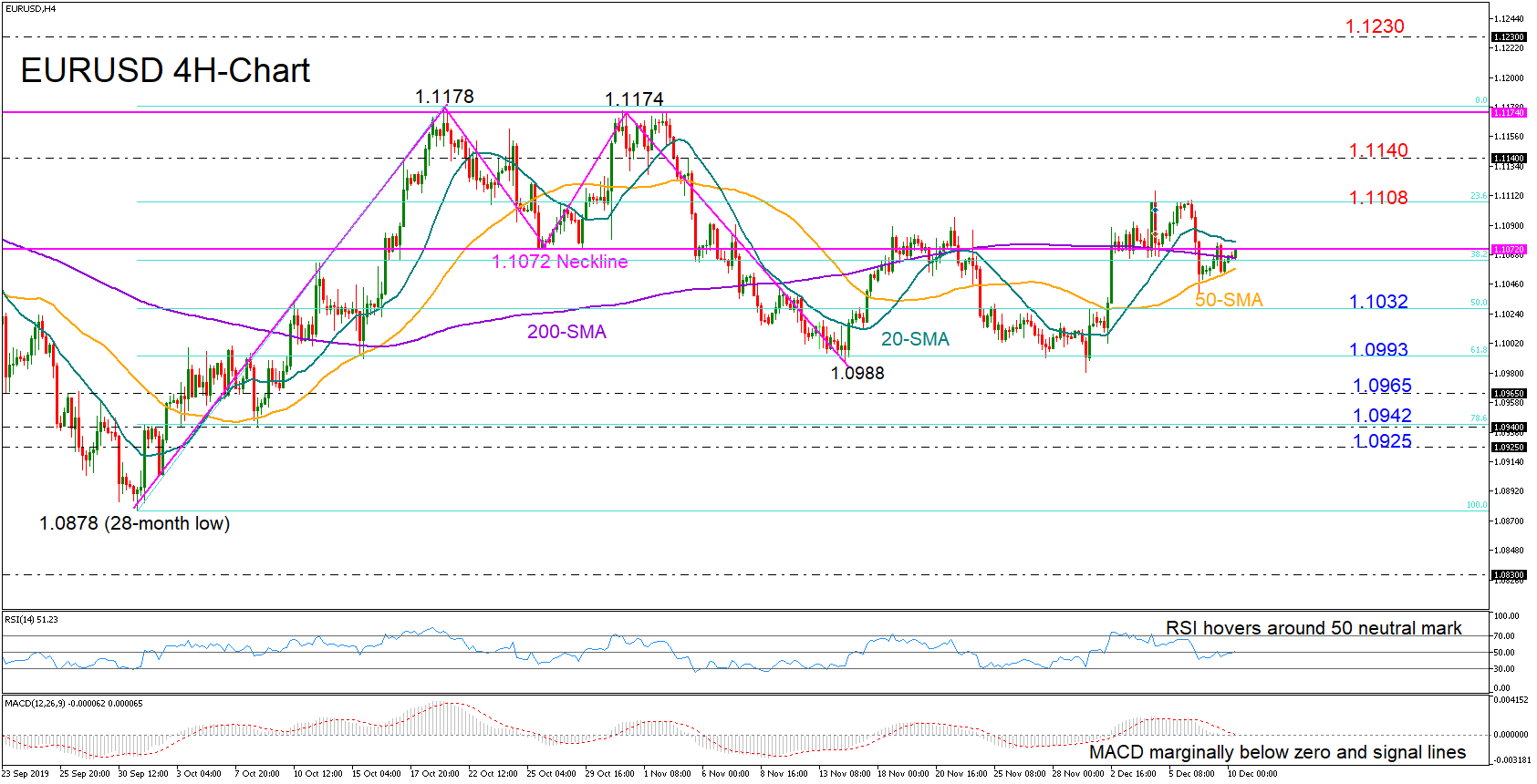 GBP/USD tumbles below 1.2900 amid US dollar comeback

GBP/USD extends the slide below 1.2900, as the risk-off sentiment worsens and boosts the haven demand for the US dollar. UK’s health authorities mull lockdown restrictions. Chancellor Sunak may extend business support loans. Fedspeak eyed amid a light calendar.

EUR/USD extends the drop below 1.1800 amid a broad US dollar comeback, as the risk-off mood intensifies. Coronavirus cases rise across the Eurozone, suggesting new lockdown restrictions likely in key economies. Focus shifts to Powell's speech.

Bitcoin is on its third positive consecutive session in a row on the dominance chart and points to strong market share increases. Crypto market raises doubts on price development in the short term.