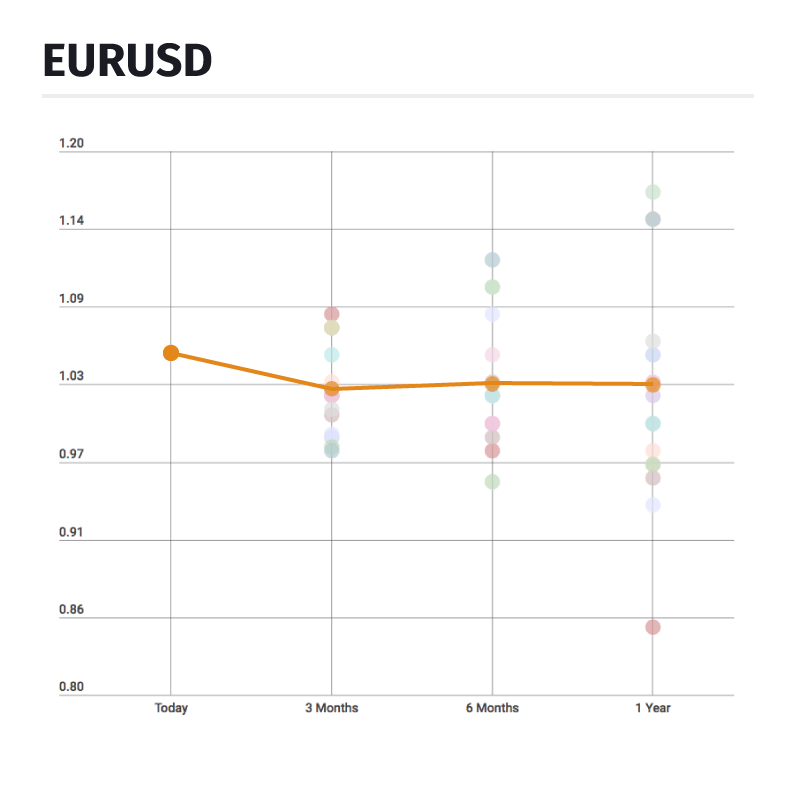 Growth Aces Research Team: "The market has taken the view recently that Donald Trump’s promised policies, such as sizeable fiscal stimulus will be a boon for the dollar. Fundamentally, our problem with this line of reasoning is as follows - the US economy is currently operating at near full capacity, which implies that substantial fiscal stimulus is likely to compress US real rates further via higher inflation. In past material fiscal expansions when the economy’s output gap was similar to what it is now have been broadly associated with lower real rates and meaningful USD depreciation over the subsequent year. It is an undisputable truth that markets have become very excited in bidding the USD higher. The price momentum has grown so swiftly and strongly that being bearish the USD feels like standing in front of a runaway train. However, we think that the EUR/USD is likely to recover in the medium term, as we expect acceleration in Eurozone inflation, which should make the ECB consider less accommodative monetary policy earlier than it is currently expected"

Markus Gabel: "Fell so deep and has a lot of space for rebound"

Yohay Elam: "The euro could suffer early in the year from Trump and fear of Le Pen. It could make an impressive comeback in Q2, assuming Fillon is elected and Trump disappoints"

Haresh Menghani: "Political risks stemming from key elections in the Netherlands, France and Germany would weigh on the shared currency until the first half of 2017 before staging some recovery in second half"

JFD Brokers: "By the year end, EUR/USD will probably reach parity. Though during in the second quarter of the year, we would expect some upside correction to the downtrend"

Lukman Otunuga: "Political risks and uncertainty in Europe could ensure the EURUSD parity dream becomes a reality in the second quarter of 2017. A decisive breakdown below the 14 year low at 1.0350 could signal further weakness on the EURUSD"

Mark de la Paz: "The Eurozone will like see continued sociopolitical upheavals as diverse segments of the population among member countries agree on only one thing a rejection neo-liberalist center"

Przemyslaw Kwiecien: "This might be a "turn around year" for the pair as mid-trem yield spreads could peak. US dollar is expecnsive and the market is bullish so there's not much room for disappointments. EMU should catch up cycle-wise"