The euro is rising gradually with the gains coming at a modest pace.

After breaking out to the upside above 1.0787, price action is holding above this level. 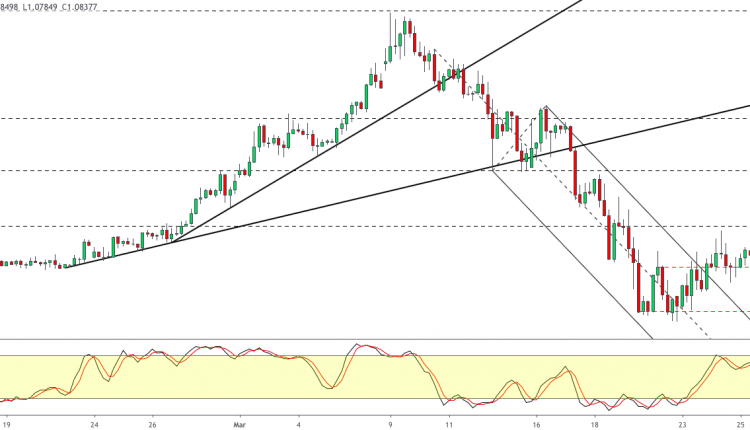 The British pound made some modest gains on Tuesday but price action fell sharply intraday.

However, prices are now recovering from the intraday lows of 1.1639.

The Stochastics continues to show a hidden divergence that could keep price within the range.

However, watch for a possible upside breakout above 1.2000 handle. 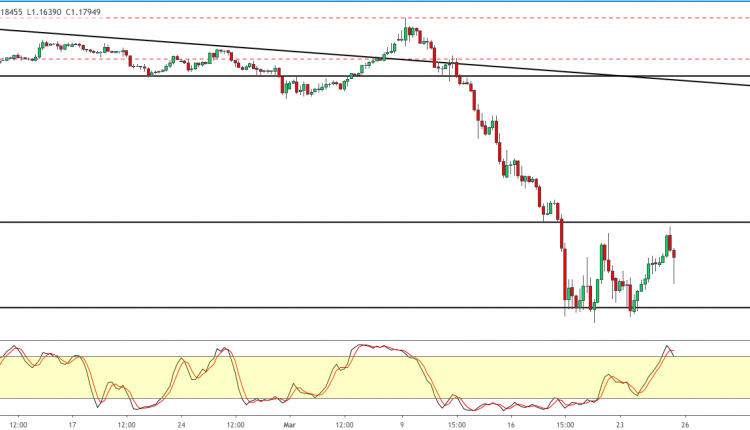 WTI Crude oil prices are holding steady despite retracing some of the gains from earlier in the week.

Price action is currently forming a higher low above the 22.00 handle.

The trend line needs to be breached to confirm the upside. But resistance at 28.00 will likely hold.

In the event that WTI crude oil breaks past this level, then we expect a move to the 35.00 handle next. 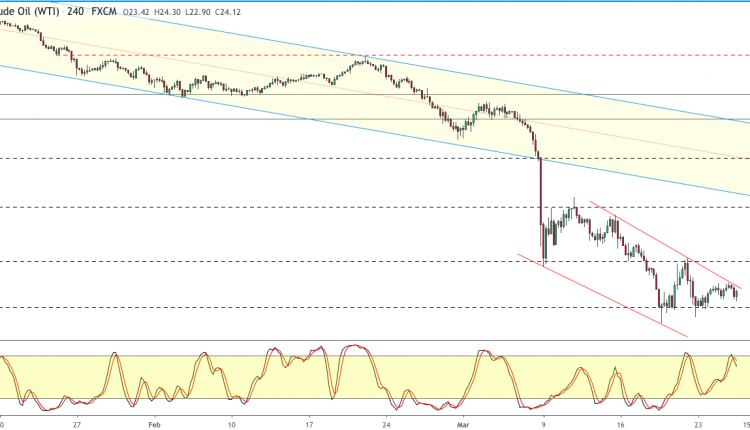 Gold prices are holding steady after rising above the 1600 level.

Support is being tested near the 1594 level currently.

If the support holds, then we expect price action to rise to the 1655 level. This will mark a full completion of the declines a few weeks ago.

Gold will also be trading back to the highs near 1700 in early March this year.

In the event of a breakdown below 1594, the next lower support near 1570 will likely hold. 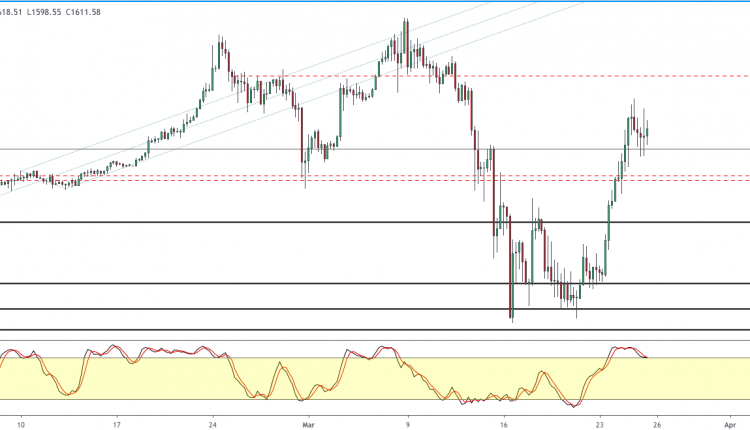