The Euro-Kiwi rate appears to be on a downwards trend after it bounced off its 200-day moving average value last week. The pair closed at the 200-day average on January 8 after disappointing Australian trade data releases. However, it shunned bad news in the following days, reacting strongly to positive news about Australia’s better than expected Retail Sales and Italy’s worse than expected Industrial Production on the 10th.

After a deceleration in German GDP growth, according to data released today suggesting that output in 2018 rose by 1.5% compared to 2.2% in 2017, the EURNZD pair again turned down. Currently the pair is trading at around 1.6775, with the short-term MA having crossed the long-term MA last Friday.

The Resistance point at 1.6938 (Fib. 38.2%) appears not to be binding, as the pair is slowly approaching the 1.6705 (Fib. 50.0%) Support level which could be reached if the Euro is affected by the Brexit vote today. The MACD is also supportive of the downwards trend as it has started its deceleration towards zero. However, it should be remembered that proper risk management is required in order for traders to avoid any excess risk taking. 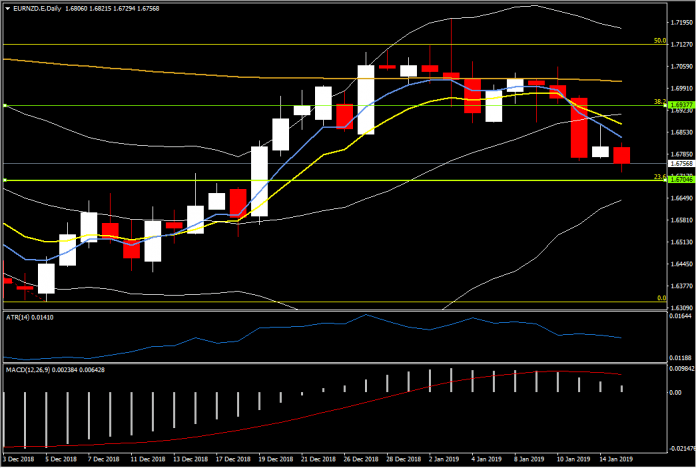