EURJPY returned immediately above the key 127.92 base after sliding marginally below it on Monday to chart an 8-month low of 147.48.

EURJPY returned immediately above the key 127.92 base after sliding marginally below it on Monday to chart an 8-month low of 147.48.

The market structure in the medium-term picture remains neutral despite yesterday’s flash drop, though the negative intersection between the simple moving averages (SMAs) is not a promising sign for the market trend.

As regards the next price action, the momentum indicators are currently foreseeing persisting bearish pressures as the MACD keeps decelerating below its red signal line, the RSI continues to fluctuate well below its 50 neutral mark, and the Stochastics change course to the downside. Still, with the MACD testing a familiar support region and the RSI being close to its 30 oversold level, selling forces may not last for long. Note that the price has also been hovering around the lower Bollinger band for the past few days. Therefore, the bulls’ fortunes could improve in the near term.

On the upside, the 128.60 region has been occasionally blocking upside and downside movements during the year. Therefore, a break above it could drive the price straight up to the 38.2% Fibonacci of 129.33. This is also where the 20-day SMA is converging. Hence, another step higher from here could unleash the next bullish action towards the important 130.50 barrier.

In summary, EURJPY seems to be at a make-or-break point around the tough 127.92 support region. While the risk remains tilted to the downside, selling appetite looks to be fading, increasing the odds for an upside reversal. 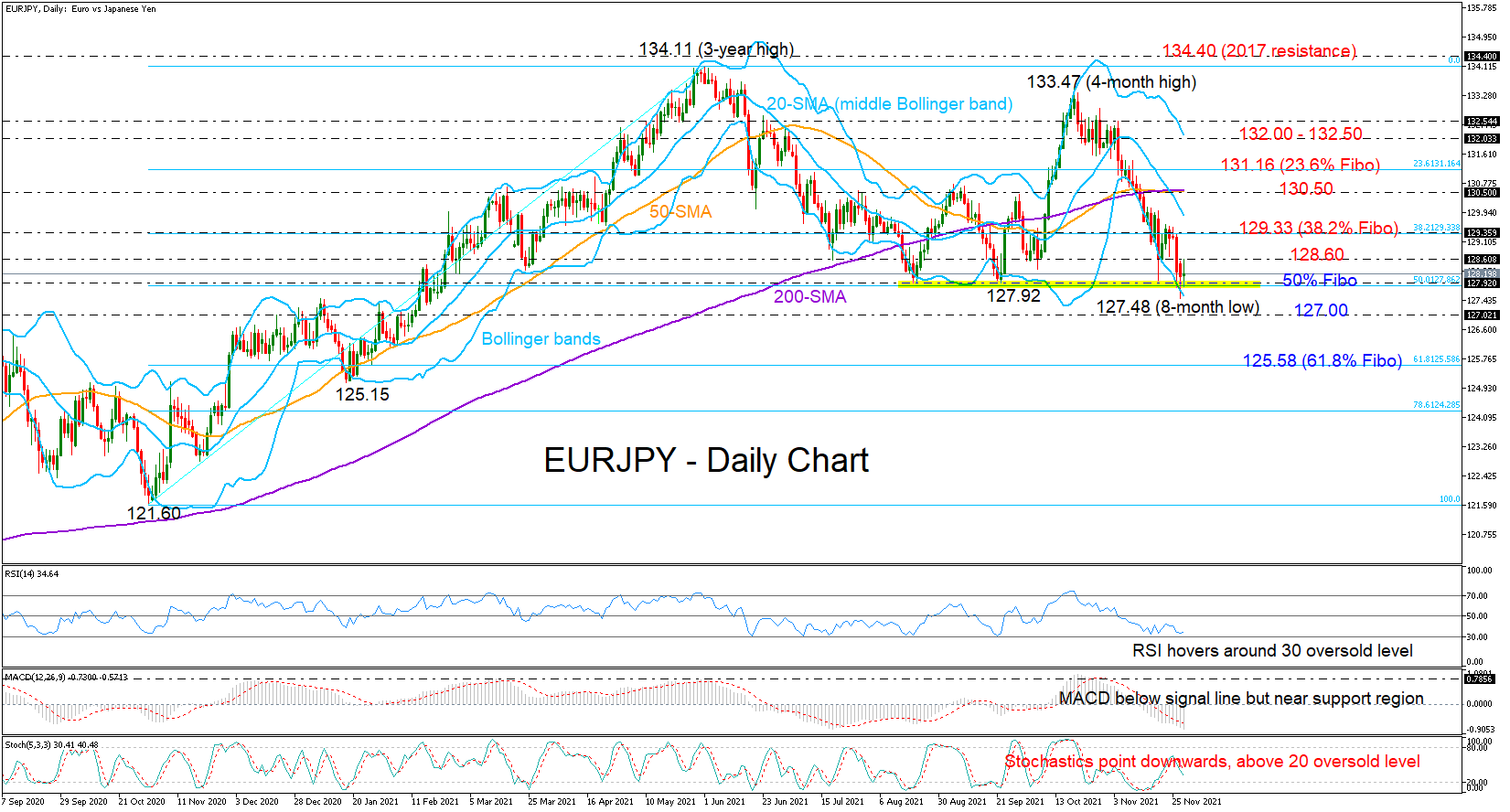