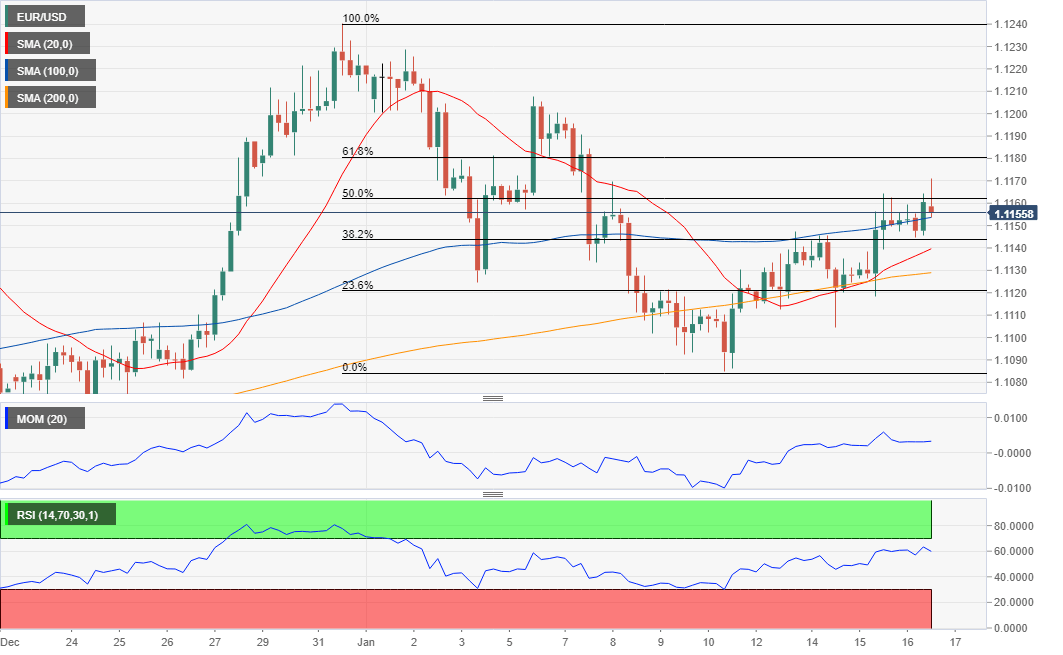 The American dollar keeps easing against most major rivals, with the EUR/USD pair reaching a fresh weekly high at 1.1172 during European trading hours. The market has finished digesting the completion of phase one of the trade deal between the US and China, which felt short of triggering risk-appetite. Investors were waiting to hear the end of tariffs on imports, essential to boost growth. President Trump said that rolling back levies would be considered in the next phase of negotiations.

Germany released December inflation, which resulted as expected at 1.5% YoY. The US, on the other hand, has just released December Retail Sales, which came in at 0.3%, although the core reading beat the market’s expectations, supporting a mild dollar recovery. According to the official release, Retail Sales Control Group was up by 0.5%, while Retail Sales ex-autos surged by 0.7%, both beating the market’s expectations. Also, Initial Jobless Claims for the week ended January 10 were up by 204K, better than the 216K expected.

The EUR/USD pair is offering a neutral-to-bullish, as despite retreating, it continues trading above all of its moving averages in the 4-hour chart, while technical indicators hold within positive levels, although directionless. The pair is also above the 38.2% retracement of its latest daily decline, while the 68.2% retracement comes at 1.1180, the level to surpass to gain bullish traction.