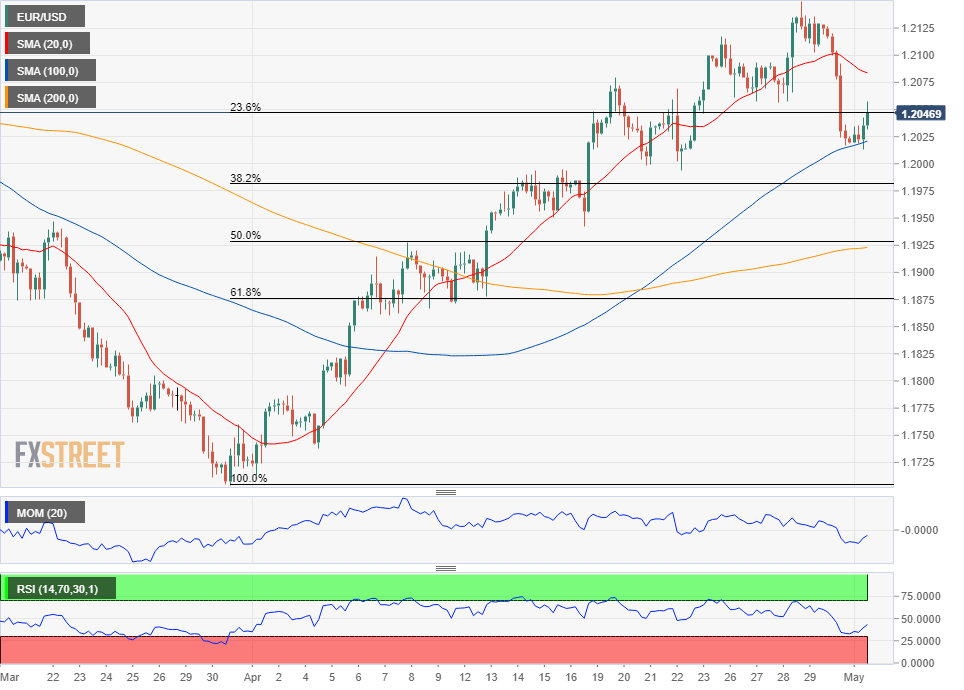 The greenback is down on Monday, with EUR/USD trading around 1.2050, recovering from a daily low of 1.2012. The week started in slow motion amid holidays in China and Japan that will extend into the upcoming days. The European opening saw the American currency ease as local shares are up, although movements are limited amid mixed news coming from the EU.

Germany published March Retail Sales, which unexpectedly rose by 11% YoY, much better than the -3.1% expected. In the month, sales were up 7.7%. However, Markit published the final versions of its April Manufacturing PMIs, which were downwardly revised. The German index printed at 66.2 while the EU reading resulted in 62.9, below the 63.3 previously estimated.

The EUR/USD pair trades around the 23.6% retracement of its latest daily advance, measured between 1.1703 and 1.2149. The 4-hour chart shows that the pair bounced from a mildly bullish 100 SMA but also that it remains below its 20 SMA. Technical indicators have recovered from near oversold readings but remain within negative levels and lacking enough strength to confirm a bullish continuation. The pair needs to clear 1.2060, to have chances of extending its advance in the upcoming sessions.