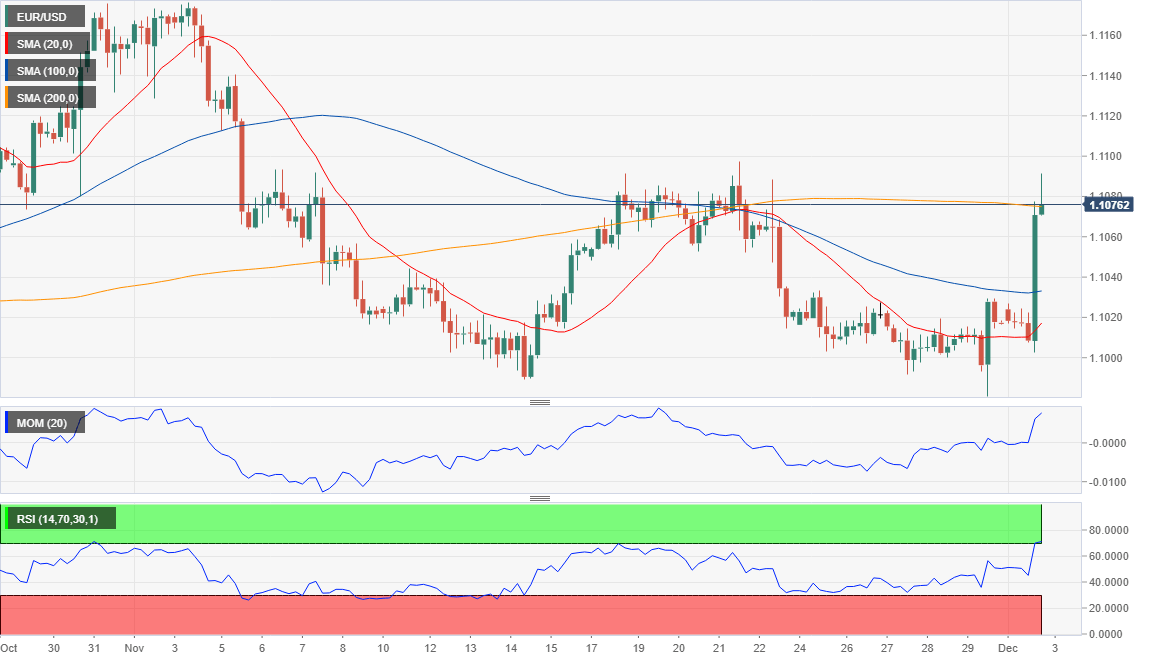 The financial world came back to life this Monday, and the American dollar took the worst out of it.  Concerns about trade sent Wall Street plummeting but also weighed on the greenback, with the EUR/USD pair jumping to 1.1089. Disappointing US data added to the greenback’s bearish case, with tensions cooling just modestly mid-US afternoon.

Upbeat Chinese data put the market in risk-on mood at the beginning of the week, but the sentiment turned sour as China said it won’t allow the visit of US military to Hong Kong and announced sanctions against several US non-government organizations for encouraging protesters. The sentiment worsened after US Wilbur Ross said in an interview that US President Trump will lift tariffs to China in the case of no deal. Even further, Trump announced tariffs to base metals’ imports coming from Brazil and Argentina. The US reported later in the day that phase one of the trade deal was being written, yet the damage was already done.

The main catalyst for the dollar’s broad weakness, however, was the November ISM Manufacturing PMI, which plummeted to 48.1 below the previous and the expected. The macroeconomic calendar will be lighter for these two economies for Tuesday, but for sure, trade-related headlines will keep coming, determining major’s direction.

The EUR/USD pair is ending the day above 1.1065, the  38.2% retracement of its October rally. Last week, the pair briefly pierced the 61.8% retracement of the same run, and steady gains from here should be taken as a bullish hint. The 4-hour chart shows that the pair is now battling with a directionless 200 SMA after overcoming its 20 and 100 SMA, while technical indicators keep heading north well into positive ground, keeping the risk skewed to the upside. The pair could suffer a sharp U-turn if tensions persist, with the risk flipping to the downside on a break below 1.1030.