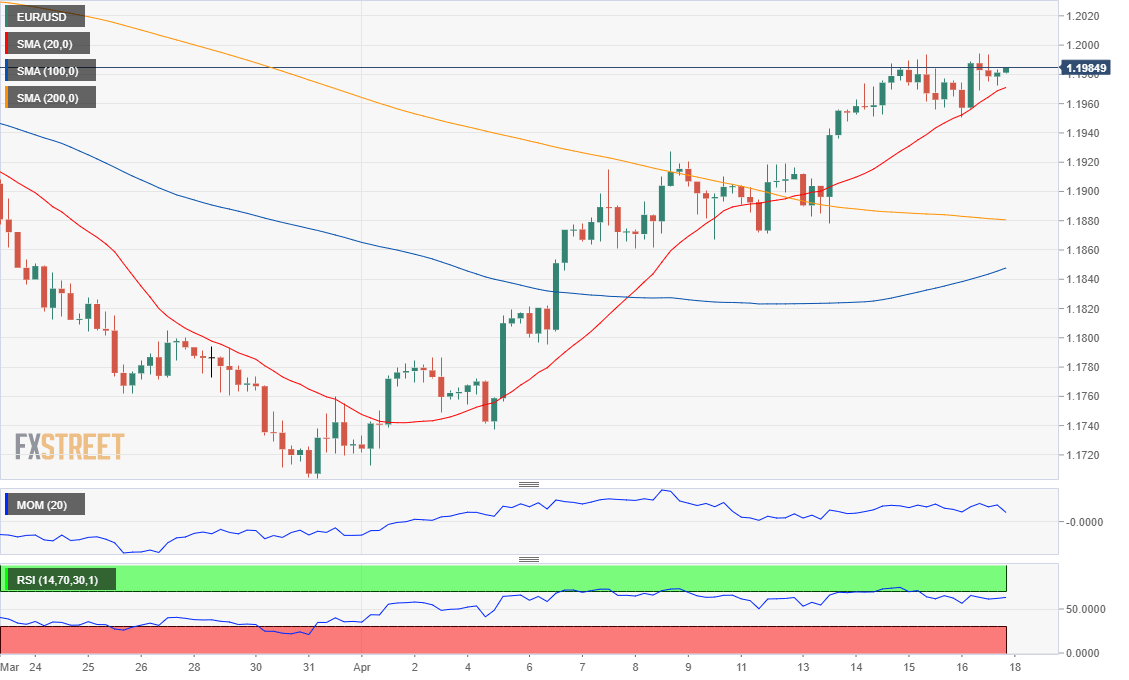 The EUR/USD pair hit 1.1994 on Friday, its highest for the week, closing the latter with substantial gains in the 1.1980 price zone. The American currency weakened amid lower government bond yields, which anyway bounced modestly ahead of the weekly end. Meanwhile, US indexes continued to rally, with the DJIA and the S&P 500 reaching record highs, as solid US macroeconomic figures hint at a substantial economic comeback from the pandemic collapse.

On Friday, the EU published the February Trade Balance, which posted a seasonally adjusted surplus of €18.4 billion. Additionally, the Union confirmed that March inflation rose at 1.3% YoY. As for the US, Building Permits and Housing Starts were up In March, while the preliminary estimate of the Michigan Consumer Sentiment Index was up to 86.5 in April from 84.9 previously, missing the market’s expectation. On Monday. The EU will publish the February Current Account, while the US won’t release relevant macroeconomic figures.

The EUR/USD pair is bullish according to the daily chart, as it develops above its 20 and 200 SMAs, which advance with uneven strength. The 100 SMA provides dynamic resistance around 1.2060, while technical indicators advance within positive levels. In the near-term, and according to the 4-hour chart, the risk is also skewed to the upside. A bullish 20 SMA provides support around 1.1970, while technical indicators lack directional strength but hold within positive levels.