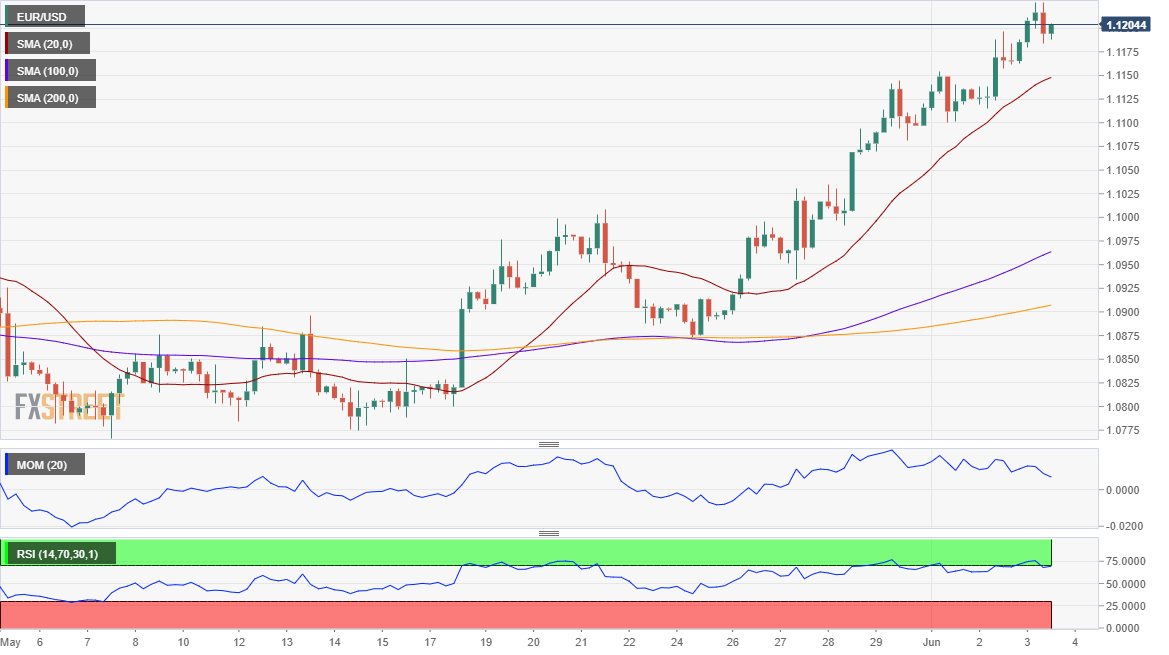 The EUR/USD pair reclaimed the 1.1200 level this Wednesday, extending its rally to 1.1227, its highest in almost three months, as the market mood remains upbeat. Investors welcome news showing that the worst of the pandemic seems to be over in Europe, with most countries reigniting their economies. Meanwhile, protests in the US continue, although the violence somehow receded. The market remains in risk-on mood with high-yielding assets strengthening and those considered a refugee giving up ground.

In the data front, Markit released the final versions of May European PMIs. For the Union, the services index resulted at 30.5, while the Composite index improved to 31.9. German figures were also upwardly revised from preliminary estimates, although contraction remains at record levels in all of the EU. The Producer Price Index in the region contracted by 2.0% monthly basis in April, while it slid by 4.5% when compared to a year earlier.

Ahead of Wall Street’s opening, the US has released the ADP survey on private jobs’ creation. According to it, the US lost 2.76  million positions in May, much better than the 9 million expected. Later today, the country will release the official ISM Non-Manufacturing PMI, foreseen at 44 in May from 41.8 IN April, while Markit will publish the final version of the Services PMI for the same month. The US will also unveil April Factory Orders, seen down by 14% in the month.

The EUR/USD pair has retreated from the mentioned high ahead of the ADP release but the dollar continues to lack self-strength. US indexes accelerated their advances with the news, leaving little room for a significant dollar’s run.

The pair is trading at around 1.1200, retaining its bullish stance. In the 4-hour chart, it continues to develop above a bullish 20 SMA which stands over 200 pips above the larger ones. The Momentum indicator eases within positive levels, while the RSI remains in overbought territory.  A downward corrective movement seems unlikely, with buying interest set to defend the 1.1160 static support area.