Note that the 1.2245 level is the February high level, which reversed the pair's recovery and caused a 4.30% decline.

Moreover, a channel up pattern was spotted on Friday. The pattern captures the rate's surge since May 13. Take into account that the lower trend line of the pattern on Friday was crossing the 1.2200 level. 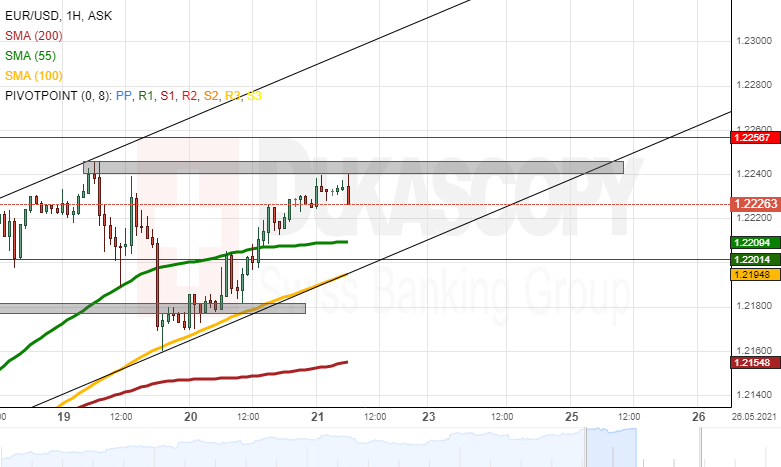