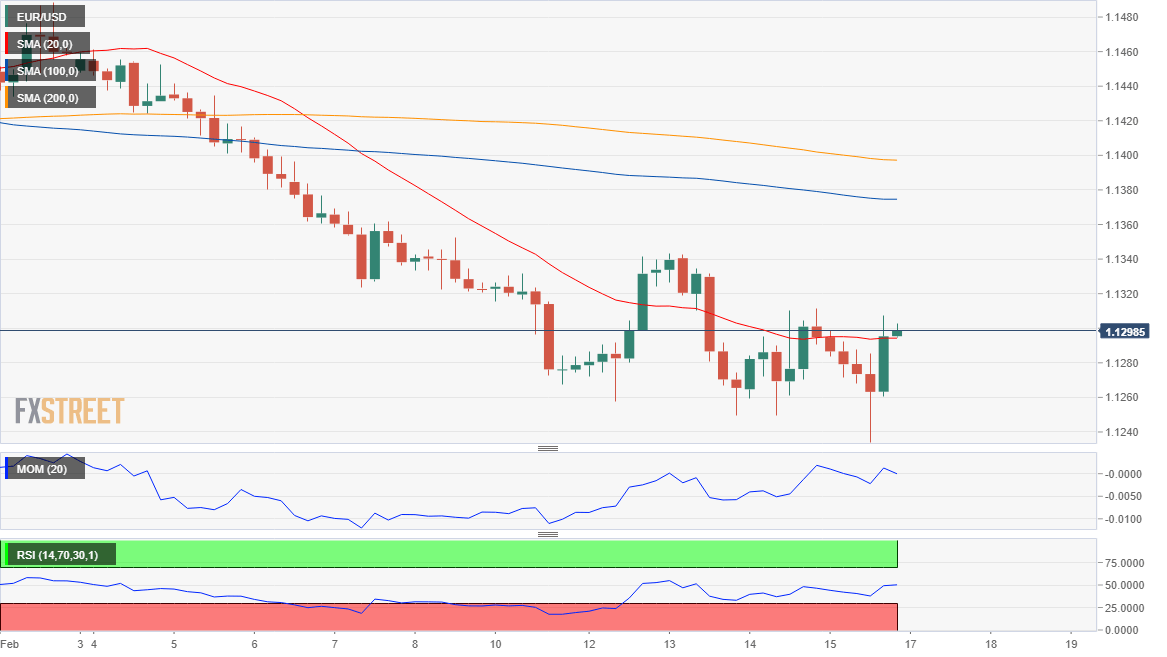 The EUR/USD pair recovered some ground in the last trading session of the week, finishing it with losses and below the 1.1300 figure. The dollar rose early Friday, leading the pair to a fresh 2019 low of 1.1233  later easing amid up roaring equities and easing government bond yields, a sign of improved market's sentiment. The better market mood came by the hand of US President Trump, who said that the US is closer than ever to reach a deal with China. He also declared a National Emergency on the border with Mexico and signed a congressional bill to avert another government shutdown.

But the dollar's weakness had another reason: there were a couple of macroeconomic releases that really disappointed triggering an alarm on those interested in the greenback. Not only Retail Sales posted their largest decline in roughly a decade, but according to Friday releases, Industrial Production fell by 0.6% in January, and Capacity Utilization shrank to 78.2% from 78.8% previously. On a bright note, the preliminary Michigan Consumer Sentiment Index for February came in at  95.5, beating expectations and well above the previous 91.2.  This Monday the US will be on holiday while there are no data scheduled in Europe.

The pair tried but failed to surpass the 23.6% retracement of its latest daily slump measured between 1.1513 and the mentioned yearly low at 1.1300, the immediate resistance. The daily chart shows that the bearish trend is firmly in place, as the price is below all of its moving averages which maintain strong downward slopes, while the Momentum indicator heads lower in negative levels and at its lowest for this year, and the RSI lacks directional strength, consolidating around 41. In the 4 hours chart, the pair finished the session around a directionless 20 SMA while below bearish larger ones, as technical indicators bounced from nearly oversold readings, maintaining their upward slopes but below their midlines, all of which indicates limited EUR demand.