Crude oil found support in the last 24 hours despite an official announcement by the White House that it will release crude oil reserves. So that action might have already been priced in if we consider that market was lower before that. Also, OPEC may change its strategy that will allow oil to stay supported.

From an Elliott Wave perspective, we have seen a nice intraday reversal higher which now suggests that energy completed a corrective wave 4) at 74.70 horizontal support that we talked about last time. As such, further strength can be considered, especially if also 80.70 is broken. 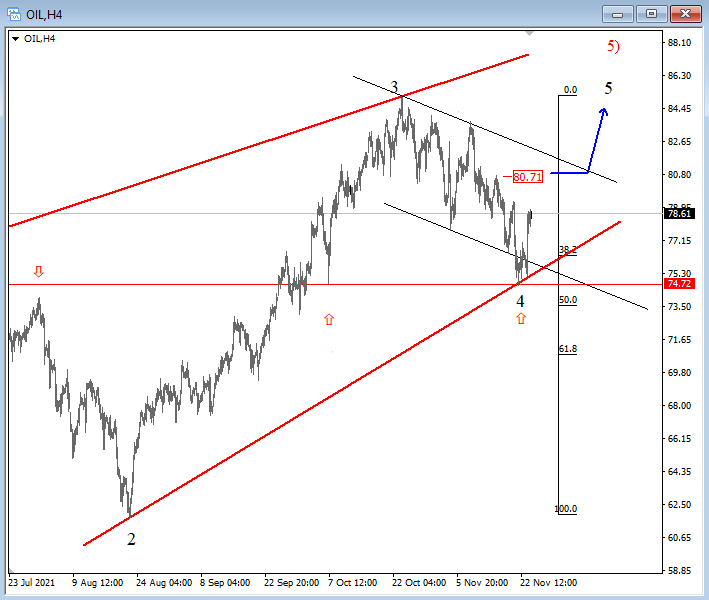 Check more of our analysis for currencies and cryptos in members-only area. Visit EW-Forecast for details!

By using Wavetraders website, any services, products, and content contained here, you agree that use of our service is entirely at your own risk. You understand that there is a very high degree of risk involved in trading on the markets. We assume no responsibility or liability for your trading and investment results. The charts, and all articles published on www.wavetraders.com are provided for informational and educational purposes only!