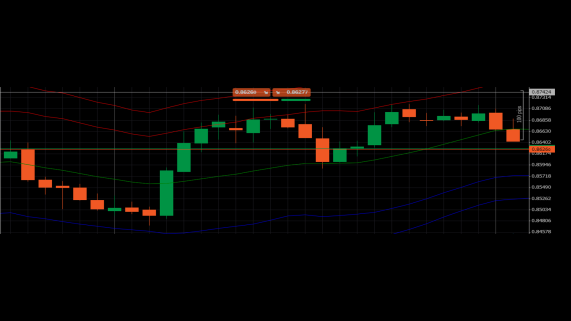 Today the ECB is meeting to discuss monetary policy for the Euro Zone, we don’t expect any policy changes today, but the ECB will update their economic forecasts. Which should paint a picture of recovery going forward.

The EZ is getting over the effects of economic shutdowns like everyone else. Although the EU suffered initially from a poor vaccination program, they are playing catch up. The data recently has been ok, but not as good as was expected. So I think that the doves in the ECB may well carry the day and will not mention tapering for some time.

I expect the ECB meeting and press conference to be mildly supportive for the EUR.
However, at the same time as ECB President Christine Lagarde takes to the stage for her press conference, the US will release its CPI data for May. We are expecting headline CPI to be 0.4% MoM and 4.7% YoY, with core inflation coming in at 3.5% YoY.

Even though the Federal Reserve is meeting next week, we know they keep saying inflation is just a temporary transition. So the CPI number is not going to have any impact or change this view. The reaction to today’s inflation data from the Fed won’t be know until after next week FOMC, as the board members are not allowed to speak.

I think that an even small upside surprise to CPI will get the US Dollar moving higher. Today will also have the release of weekly jobless claims which is forecast to show an improving labour market, this is also likely to be US Dollar supportive.

There are now lots of people in the market questioning the policy of the Federal Reserve. Who they think have underestimated the inflation risk. I believe that the Jackson Hole symposium could be the tipping point for the Fed to change direction and signal its intention to taper later this year.

The EURUSD has spent the past 3 post NFP days biding its time, with little conviction from traders to drive the EUR in either direction, yesterday it did make a brief attempt to rally above 1.2200. However daily resistance at 1.2210 soon put a stop to that. More resistance will be found at 1.2240/60 and 1.2310 should the ECB spring a surprise or if the data disappoints.

The information on 8 Dragons Trade and Eight Dragons Capital is intended for educational purposes and is not to be construed as investment advice. Trading the financial markets carries a high level of risk and may not be suitable for all investors. Before starting trading you should carefully consider your investment objective, experience, and risk appetite. Only trade with money you are prepared to lose. Like any investment, there is a possibility that you could sustain losses to some or all of your investment while trading.

EUR/USD stays pressured around 1.2180-75 amid the early Asian session on Thursday. The pair refreshed weekly top the previous day before reversing from 1.2218. The pullback prints a bullish flag pattern the daily (1D) play.

GBP/USD sellers attack 1.4100 amid Brexit doldrums ahead of Biden-Johnson talks 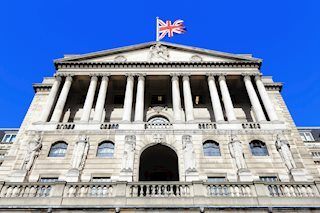 Gold remains pressured below $1,900, US CPI, ECB in focus

Gold bounces off intraday low towards $1,890 but stays depressed below $1,900 for the third consecutive day amid Thursday’s Asian session. Market’s anxiety ahead of the key US CPI and the ECB meeting exerts downside pressure on the gold prices of late.

Big day ahead of euro: What to expect from ECB?