More than 15,000 miners are killed every year, making it the most dangerous industry in the world according to The World Counts, an organization who collects data related to environmental and economic issues. This is just the official number of deaths.

The WSJ reported that ‘many mining deaths aren’t captured by global safety statistics, making the industry seem safer than it is to regulators, investors and consumers.’

Sure, we’ve come a long way since the 1849 California gold rush. From panning for gold with sieves and running water from the stream, we now have machines that can detect metals from underground. 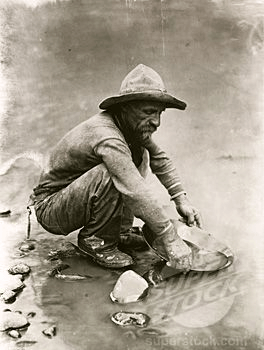 There is also the cost of exploration. Miners had to look further afield because licenses were hard to come by and expensive on land with other known gold reserves. Agnico-Eagle Mines Limited (AEM) stated that it costs them USD673 to mine an ounce of gold. 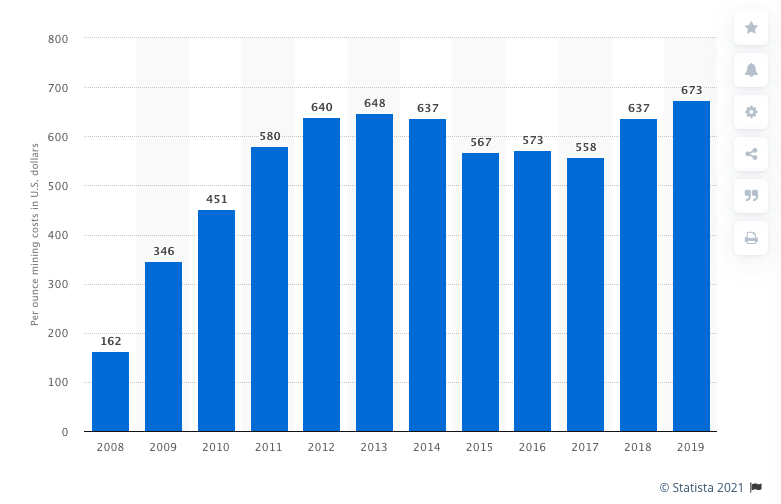 Production was another front end cost to any mining concern as the ore had to be sifted through and processed to find and extract any metal.

Transportation from the point of processing was also an issue. As distances increased from the markets the gold could be sold at, there was always the risk of robbery in transit.

Horses and donkeys could only transport so much along trails and passes. Infrastructure like roads and railways had to be considered for larger loads.

Technology has always driven the development of mining – from the early days of conveyor belts being invented to transport the broken ore to the processing area right up to the latest innovation – drones - or unmanned aerial vehicles, (UAVs for short.)

Along with many other life areas, drones will transform the mining industry.

Accurate and safer geological survey assessment. The primary way in which they will do this is by enabling managers of mines to oversee and accurately assess everything from the state of their haul roads to making sure that contractors are actually moving the amount of material they say they are – this makes stocktaking easier – and prevents theft and fraudulent reporting.

Opencast mining – where huge pits are dug – is especially suited to drones. Their use in underground mines is much more limited in scope.

A drones’ principal use is to photograph, measure, and survey any large quarry or mine site. They can give an accurate and comprehensive view of site conditions, the location of staff, vehicles, and equipment and can help with geological surveys – all in real-time.

In rugged terrain – mountains, jungle, desert – drones can give an overview of a large area easily and quickly with no risk to any humans – unless they crash, of course.

Drone mining surveys are the most obvious use of unmanned aerial vehicles. From simple site surveys with a full spectrum camera, it is possible to capture RGB (red, green, blue) photographs where the accuracy of a broad array of colors can be modeled in sensing, representation, and image displays, which show the likely areas of high-grade ore deposits.
These surveys can be used with ultraviolet and infrared parts of the visible spectrum and combine all three techniques on one flight.

Determining if there is enough metal. Making sense of the stockpiles that mines have is also being transformed by drones.

Stockpiles are the domes of ore that have been excavated but not yet processed. To keep the processing machinery running efficiently, knowing the quantity of ore in the stockpiles is crucial.

Rather than have a surveyor climb the stockpiles, working on an unstable surface and around large industrial machinery, a drone allows a much easier and safer way of instantly mapping digital surface and terrain models, with a computer-simulated, 3D reconstruction of the mining site - even with point clouds.

With photogrammetry software, a mine can analyze precise boundaries of crests and toes, berm heights, slopes lengths, and elevation changes, not just to check their safety measures for something that might threaten worker safety but calculate their potential metal content at the same time.

Just one drone overfly can glean many strands of information about the mine.

Easier maintenance. Another area in which drones are beginning to be used Is in the field of maintenance.

Mining depends on a vast array of very specialized equipment – from diamond drill bits through to conveyor belts and electrolytic baths – to name but a few.

When these go wrong, and a part or component is needed for them, it can take days – maybe weeks to get the item to the mine because of lack of access if the mine is remote.

Using a drone to deliver a part in the jungle, desert, or mountainous location might be the difference between the mine being able to produce or close down and stop production until the part arrives.

Transportation. The terrain problem also has implications for using drones to transport the finished precious metals straight to the buyer without the risk of interception, robbery, or blackmail of staff at some stage of the journey.

Drones capable of the heavy lifting of materials are being developed continuously, and military research leads to vast leaps In understanding the aerodynamics and guidance systems needed.

Where drones come into their own is during drilling or blasting operations. Like the in-cockpit video shots from drone strikes against terrorist organizations, a drone can monitor the placement and detonation of explosive charges used to blast rock formations.

The drone can use instrumentation to analyze the blast’s impact and the spread of the material jettisoned.

The mine managers can then assess how many trucks they will need to transport the material, cut the cost of time on site, drilling costs, and the number of explosive charges required.

At the same time, after blasting, the mine managers can identify and mitigate any hazards by using the drone’s capability to send back live high-resolution images of the whole site from different heights and angles. This enables them to inspect high traffic or awkward to get to areas on the site without affecting the day-to-day operations.

Mining has been repeatedly castigated for all the problems it brings including danger to human life and environmental issues.

Solutions to such issues are long overdue because we need to mine metals but we also need to protect the environment and human life.

A tailing dam disaster like that at the Brumadhino mining site in Brazil may well have been avoidable with the use of drones. A regular drone flypast can keep an eye on the slopes on tailings dams, and ground engineers can assess the water and sediment flow by modeling maps with digital elevation information.

Data generated by drones is usually in the form of overlapping images stitched together using photogrammetry to create a “digital map” in photograph form, similar to that of Google Earth – but in much greater detail and with the ability to geo-reference any location in the view shown.

Using 3D textured mesh, it’s possible to inspect the vertices, walls, faces, and edges of the mine workings for planning and safety reasons – and these are especially useful for assessing more problematic areas like slopes and pits where access is difficult.

Companies that have used airplane, helicopter, and ground-based surveys for years have reported massive savings. A ground-based study of a large mine could take days, and airplane and helicopter inspections cost thousands of dollars.

On average, mining companies are getting incredibly accurate and far more frequent information at their sites for around 10% of the cost of traditional methods of inspection and analysis.

As the technology improves and more innovations are brought into play – like low altitude surface radar penetration - drones will play an increasingly important role in helping miners’ profitability by reducing operational costs.

As investors, it gives two extra levels of security. First is the knowledge that we will be able to continue mining metals both for industrial and investment purposes. Next is the peace of mind that while our investment grows, miners are kept safe and the environment is protected.