US equities declined as investors reflected on the mixed economic data from the country. Early this week, data revealed that the country’s inflation declined in August as new cars and airfare prices fell. Additional data published on Thursday revealed that retail sales boomed in the US even as prices and supply shortages rose. Retail sales rose by 0.7% in August while core sales rose by 1.8%. At the same time, data by the Philadelphia Federal Reserve showed that the manufacturing index rose from 19.4 to 30.7 in August. Initial jobless claims also ticked upwards, sending a mixed picture of the country’s economy. The Dow Jones, S&P 500, and Nasdaq 100 indices fell by more than 0.40%.

The British pound dropped against the US dollar in the overnight session. The weakness happened as investors waited for the latest UK retail sales numbers that will come out in the morning session. These numbers will wrap up a relatively busy week for the UK economy, where the ONS has already published the latest jobs and inflation data. Economists expect that the headline UK retail sales rose from 2.4% to 2.7%. They also see core retail sales rising from 1.8% to 2.5% as the country reopened. This growth will likely be because of grocery and discretionary spending. Still, regardless of the data, there is a high probability that the Bank of England will turn hawkish in the upcoming decision.

The euro also declined against the US dollar ahead of the Eurozone inflation data. Eurostat is one of the major statistics agencies that publishes preliminary inflation numbers. Therefore, based on these numbers, analysts expect the data to show that the headline CPI rose from 2.2% in July to 3.0% in August. The core CPI is expected to rise from 0.7% to 1.6%. Historically, the final CPI data does not have a major divergence from the preliminary one. Meanwhile, the euro did not react to a speech by Christine Lagarde, where she asked European governments to continue with their fiscal support.

The GBPUSD pair declined to a low of 1.3763 during the overnight session. On the four-hour chart, the pair moved below the 25-day and 15-day moving averages. It is also slightly above the neckline of the double-top pattern. At the same time, oscillators like the Relative Strength Index (RSI) and MACD have been falling. Therefore, the pair will likely break out lower as the double-top is usually a bearish signal. 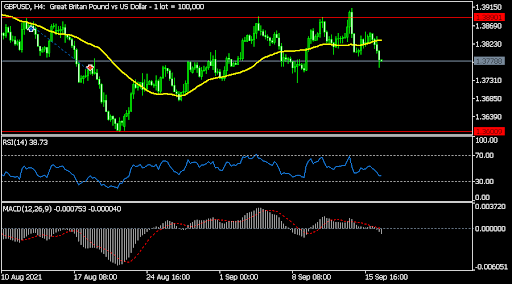 The EURUSD pair declined to a low of 1.1757 as traders waited for the upcoming EU inflation data. On the hourly chart, the pair moved below the key support at 1.1770. It also moved below the 25-day and 15-day moving averages and the Ichimoku cloud. The Relative Strength Index (RSI) also declined below the oversold level. Therefore, the pair will likely maintain the bearish trend ahead of the CPI data. 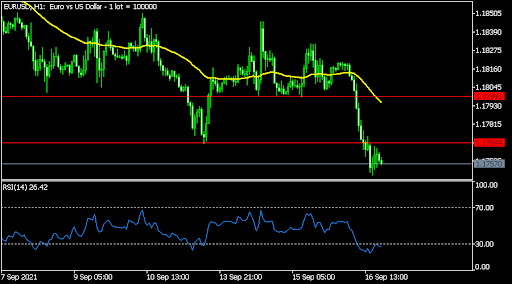 The USDJPY pair rose sharply because of the stronger US retail sales. The pair rose to a high of 109.82, which was the highest level since Tuesday. On the hourly chart, the pair moved above the key resistance level at 109.45. It also rose above the 25-day and 15-day moving averages while the DeMarker indicator has risen. Therefore, the pair will likely keep rising a bulls target the key resistance at 110. 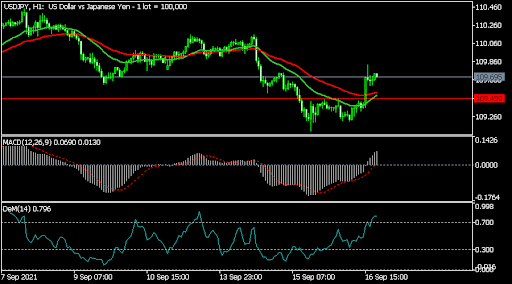