The US dollar fell for the second consecutive day. The retail sales report for September was weaker than expected. Headline retail sales fell 0.3% while core retail sales fell 0.1%, missing estimates. Data for the previous month was revised higher. However, the dollar maintained the bearish momentum. Lack of progress on the US and China trade talks also kept traders on the sidelines.

The Eurozone inflation came out weaker than expected. On a year-over-year basis, headline inflation grew by 0.8% in September. This was below the estimate of a 0.9% increase. Core inflation was seen rising by 1.0%, matching estimates. The euro was muted to the data.

The euro currency was seen recovering from the consolidation. Price action was seen at the 1.1030 level. The gains put EURUSD on track to test the upper resistance level of 1.1091. A retest of this level will keep the currency pair within the range. A breakout above 1.1091 will see prices testing to 1.1140. 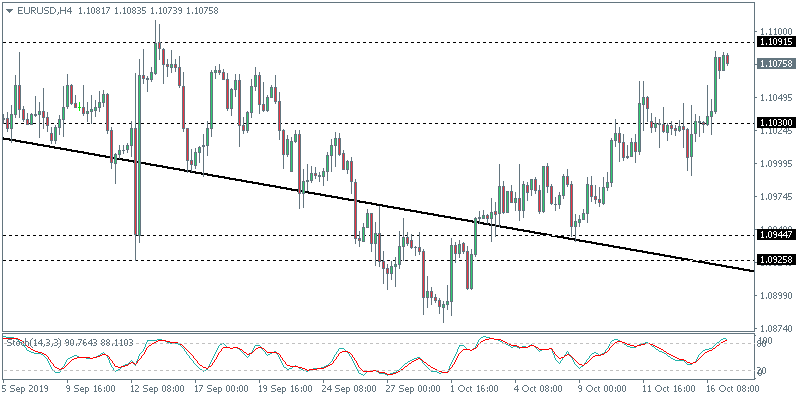 The pound sterling continued its bullish trend as the Brexit talks gain traction. The sterling rose to a five-month high, partly due to a weaker USD. Despite the optimism, there were still issues to be sorted. Meanwhile, the UK's Brexit deadline inches closer. Failure to clinch a deal would mean that PM Johnson will need to seek a formal extension.

GBP/USD on Track to Test Resistance

The GBPUSD currency pair maintained strong gains to the upside. Price action is within reach of the resistance level of 1.2895. In the short term, the gains could be capped at this level. This would mark an end to the upside rally. We expect price action to eventually ease back from this level. 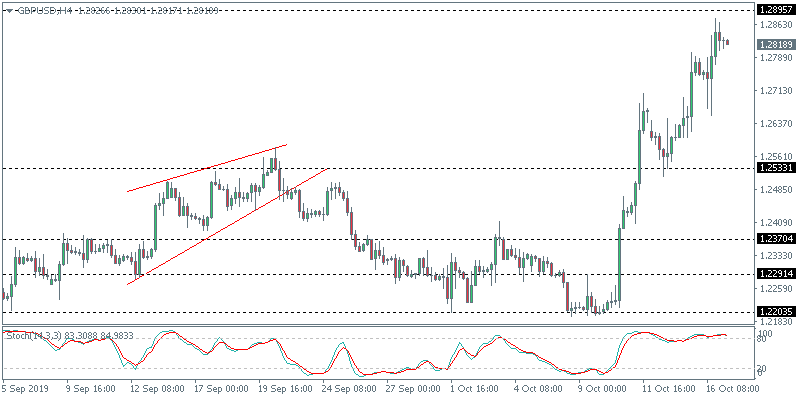 The precious metal was muted, trading rather flat. Lack of clear fundamentals left gold traders on the sidelines. US and China trade talks were also somewhat subdued. Gold prices initially slipped as the trade talks showed optimism. But prices soon recovered as the initial euphoria eased.

XAUUSD was seen rising back to trade within the range. Price action briefly rose above the 1485 level which marked the lower bound initially. Amid the consolidation, gold is seen trading into a descending wedge pattern. Therefore, an upside breakout could trigger gains to the 1508 region. This would mark a retest of the upper range once again. 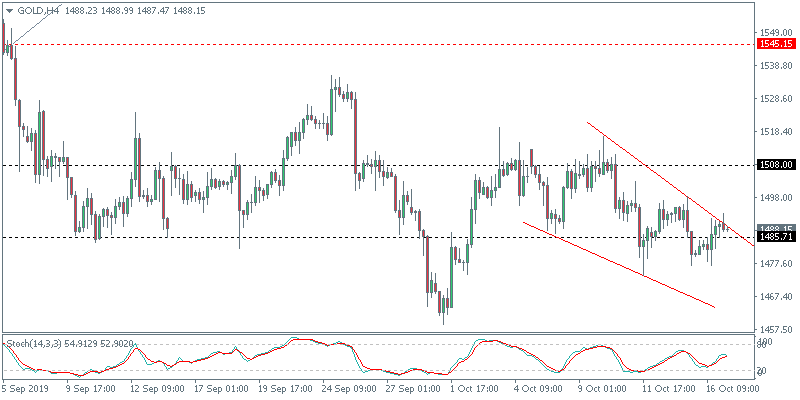