Hopes for a limited trade deal has sparked a modest bounce in stocks. The Dax has edged higher in early trade as investors look ahead to the 13th round of US - China trade talks starting in Washington today. Trading is relatively calm amid contrasting reports over how successful these talks will be.

On the one hand China is after a limited deal but in an ominous sign, could leave the talks a day earlier than originally planned. On the other hand, investors are digesting reports of a potential currency pact, no more tariffs and other agreements. Too good to be true?

Dax traders will be watching carefully to see if some form of deal can emerge from these negotiations given the impact that the ongoing dispute and slowing global trade is having on the German economy.

German data has been dismal, with the manufacturing sector deep in contraction. Exports are also down 1.8% month on month in August, significantly worse that the 0.8% increase forecast and fuelling fears that the German economy slipped into recession this quarter.

As evidence mounts of the damage that the trade dispute is having on global trade and the German economy, Dax traders are likely to respond strongly to trade talk headlines. Trump won't be impressed by a limited deal given his desire for a far-reaching agreement. However, the markets will consider it a vast improvement from the current uncertain picture.

The Dax rebounded overnight and is holding steady. A move above 12170 or below 12000 is needed for a stronger directional bias. 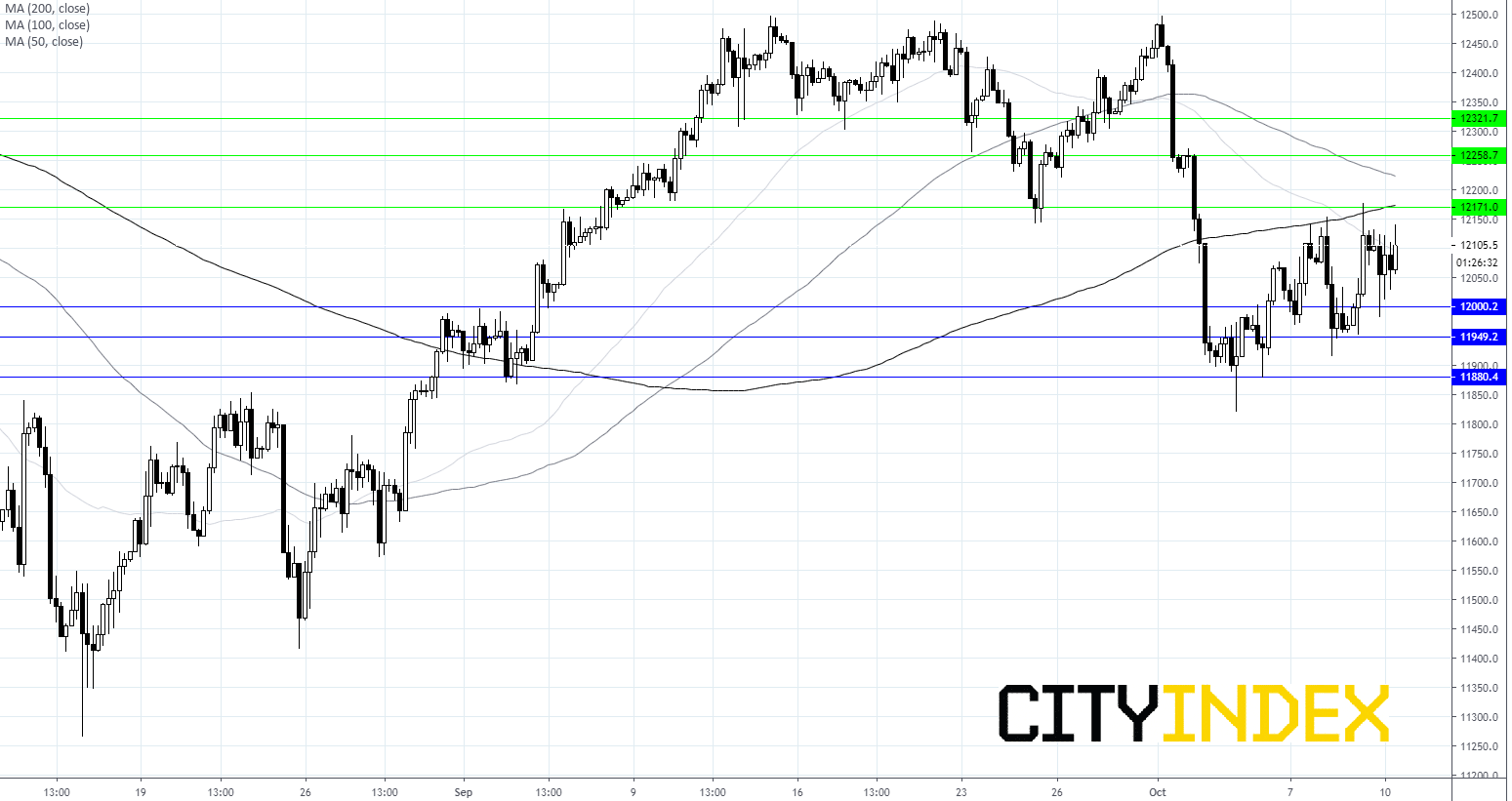 The Australian dollar remains among the weakest, and at risk of breaking below a multi-decade low of 0.6670. Waiting for Australian data to be out later this week.

Gold prices at inflexion point, now at the mercy of the Fed, Wall Street and US elections

Gold has been consolidating with a large speculative build up in the 1560s and the largest divergence between large speculators and commercials since Jan-March 2018, signalling that the market could be at an inflexion point.