Global stocks continued their sell-off on Monday as worries of the Federal Reserve continued. In the United States, futures tied to the Dow Jones, Nasdaq 100, and S&P 500 indices have declined by more than 2%. The same situation happened in Europe, where the DAX, FTSE 100, and CAC 40 fell by more than 1.5%. Other financial assets declined as well, with Bitcoin falling by over 1,700 points and Ethereum declining by 7%. Bond yields, which move inverse to prices, also declined, with the 10-year and 30-year rising to 3.18% and 3.29%, respectively.

The Australian dollar continued its downward trend even after the strong trade numbers from China. According to the Chinese statistics agency, exports rose by 3.9% in April, which was significantly lower than the previous month’s 14.7%. The figure was better than the median estimate of 3.2%. In the same period, the country’s imports rose by 0.1%. As a result, the country’s trade surplus increased from $47.38 billion to $51.12 billion. These numbers are important for Australia because it sells most of its goods to China.

The Japanese yen continued its downward trend after the latest services PMI and average cash earnings numbers. According to the country’s statistics agency, average cash earnings rose by 1.2% in March. Real wages, which is adjusted for inflation, declined by 0.2%, which was the first decline since December. Overtime pay declined from 5.80% in February to 2.50%. Other data revealed that the services PMI increased from 50.5 to 50.7. Meanwhile, the US dollar index jumped to 104, which was the highest level since December 2002.

The USDJPY pair continued its bullish trend as the Japanese yen sell-off continued. It moved to a high of 131.25, which was the highest level since May 2. On the four-hour chart, the pair moved above the 25-day and 50-day moving averages. The Relative Strength Index (RSI) moved close to the overbought level while the momentum oscillator kept rising. Therefore, the pair will likely keep rising, with the next key resistance to watch being at 132. 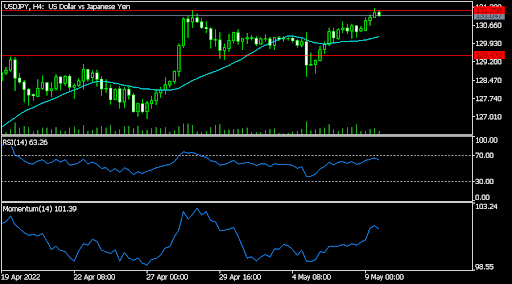 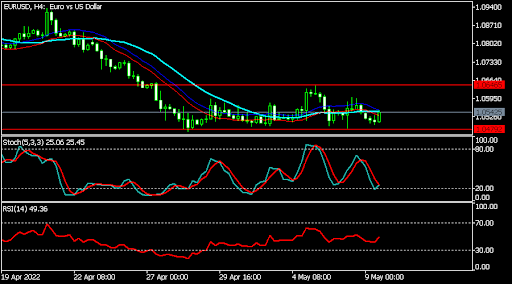 The USDCAD pair rose to a high of 1.2953, which was the highest level since July 2021. On the four-hour chart, the pair moved to the upper side of the Bollinger Bands. The pair moved above the 25-day and 50-day moving averages. The Stochastic Oscillator and the Relative Strength Index moved to an overbought level. Therefore, the pair will likely keep rising during the American session. 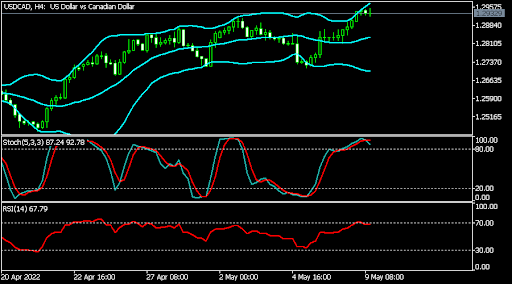