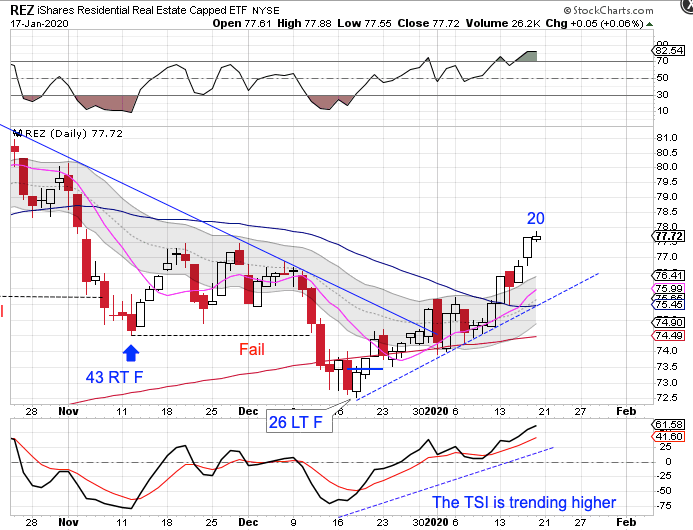 REZ's daily cycle has averaged 32 days over the past year. Since this is the first daly cycle of a new intermediate cycle, this should form as a right translated daily cycle. With Friday being only day 20, REZ could trend higher for the next 2 weeks before seeking out its DCL. Long positions could be entered/added to here, using the 10 day MA as the stop. Or wait on the next daily cycle low which should print sometime over the next 2 to 3 weeks.