We discussed on Monday that Miners confirmed their daily cycle decline.  They delivered bearish follow through on Tuesday. 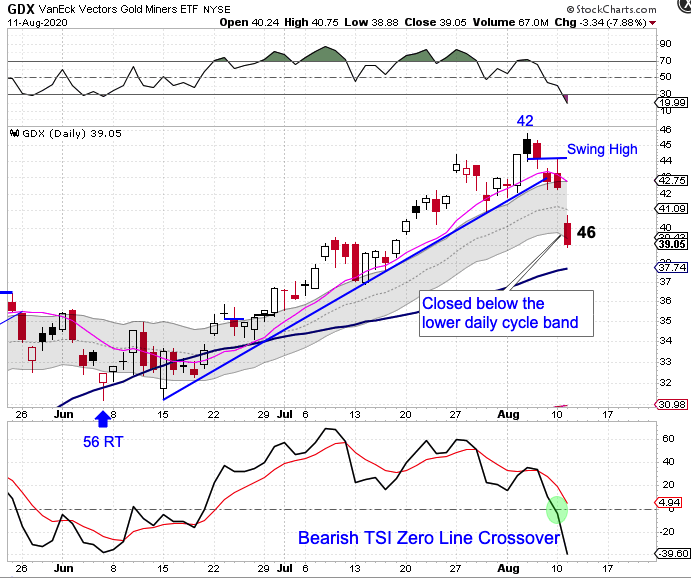 Tuesday was day 46 for the daily Miner cycle.  Which places them in their timing band for a daily cycle low.  The peak on day 42 assures us of a right translated daily cycle formation which should result in the Miners forming a higher low.