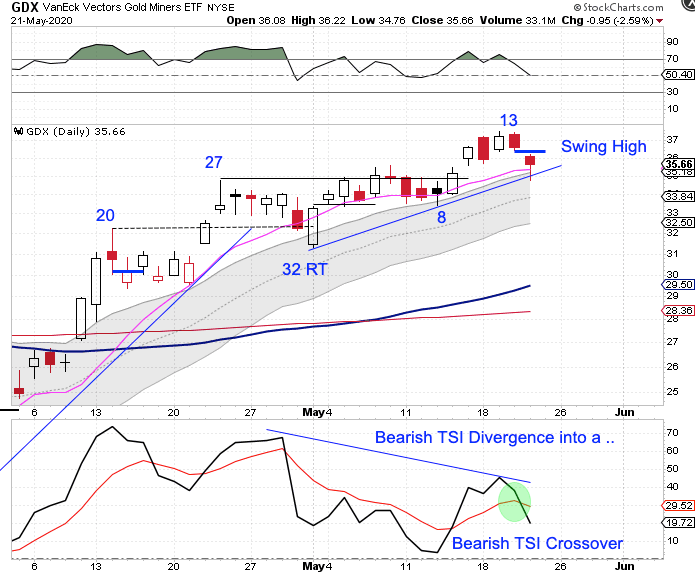 The Miners got a bit stretched above their 10 day MA over the past week.  So the swing high that formed on Thursday can be attributed to allowing the 10 day MA to catch up to price.  However there are a few other concerns that are beginning to develop. The Miners breached their daily cycle trend line on Thursday.  Also, there is a bearish divergence that is forming on the TSI that is accompanied by a bearish crossover.  Taken separately is one thing.  But together they suggest caution going forward.  A close below the daily cycle trend line will indicate the daily cycle decline.