The price of cryptocurrencies rallied overnight as investors remained optimistic about the industry. The price of Bitcoin crossed $52,000 for the first time while ETH rose above $1,900. In total, the market capitalisation of all cryptocurrencies rose to more than $1.4 trillion. The recent rally was because of the rising number of companies interested in Bitcoin. For example, a unit of Morgan Stanley said that it was considering buying Bitcoin while Tesla has already bought Bitcoin worth $1.5 billion.

The price of crude oil rose in overnight trading as investors reacted to the latest inventories data by the American Petroleum Institute (API). The data revealed that the number of inventories declined by another 5.8 million barrels. This was a sharper decrease compared to the previous week's 3.5 million barrels. The Energy Information Administration (EIA) will publish its latest inventories numbers later today. The price of oil has also risen because of the ongoing cold season in Texas and the strike in a Norwegian port.

The Australian dollar rose slightly against the US dollar even after the relatively mixed jobs numbers. According to the Australian Statistics Bureau, the economy added 29k jobs in January after adding 50,000 in the previous month. This increase was lower than the median estimate of 40k jobs. The unemployment rate dropped from 6.6% to 6.4% while the participation rate dropped from 66.2% to 66.1%. The Aussie rose mostly because of the overall weak US dollar and the rising commodity prices.

The EUR/USD dropped to an intraday low of 1.2021 after upbeat US retail sales numbers. This price was the lowest it has been since February 8. On the hourly chart, the pair has moved below the 25-period moving average and the important support at 1.2080. The pair is also forming a bearish flag pattern that is shown in white. Therefore, there is a likelihood that the price will break-out lower as bears target the next support at 1.2000. 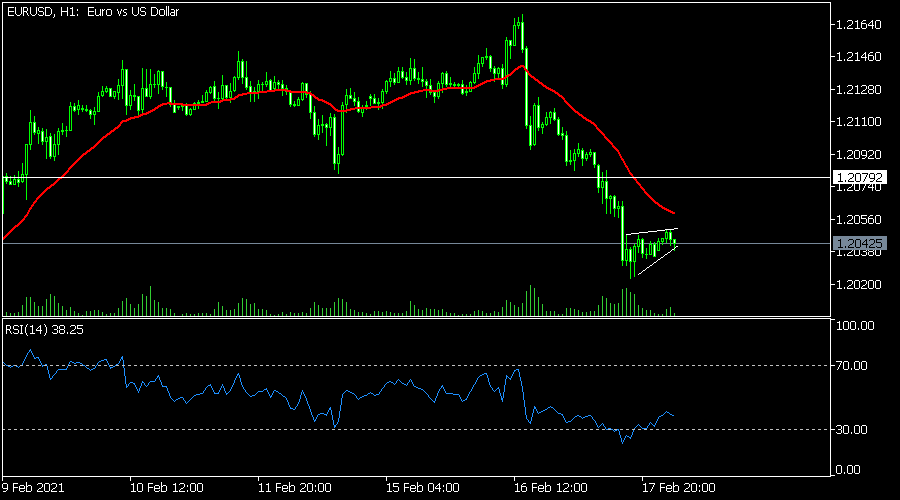 The GBP/USD price has been falling after it reached a multi-year high of 1.3952. On the four-hour chart, the price has already formed the left shoulder and head parts of the H&S pattern. It is now in the process of forming the right shoulder. It has also formed a bearish flag pattern and is slightly below the 25-day EMA. Therefore, the pair may break-out lower as bears target the next support at 1.3900. 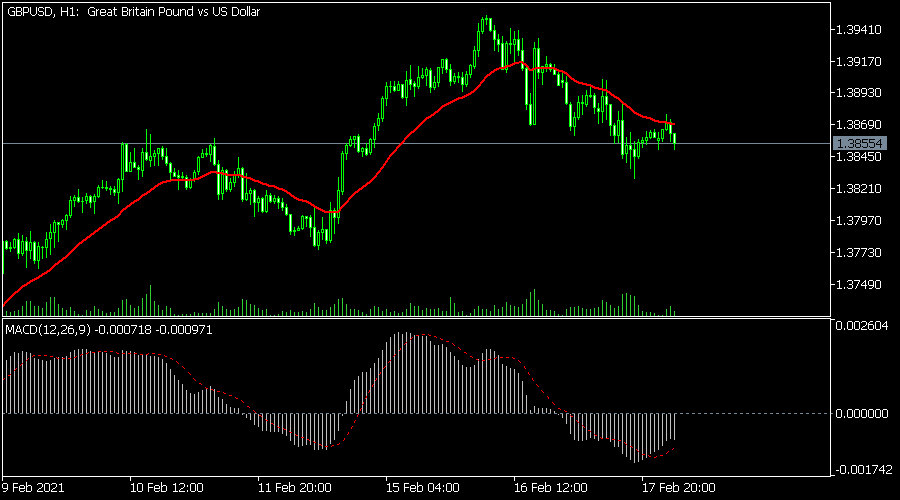 The BTC/USD price moved above $52,000 for the first time. On the four-hour chart, the price is above the moving averages while oscillators like the RSI and Stochastic have continued to rise. The pair is also above the ascending trendline. Therefore, the pair may continue rising as bulls target the next key resistance at $52,000. 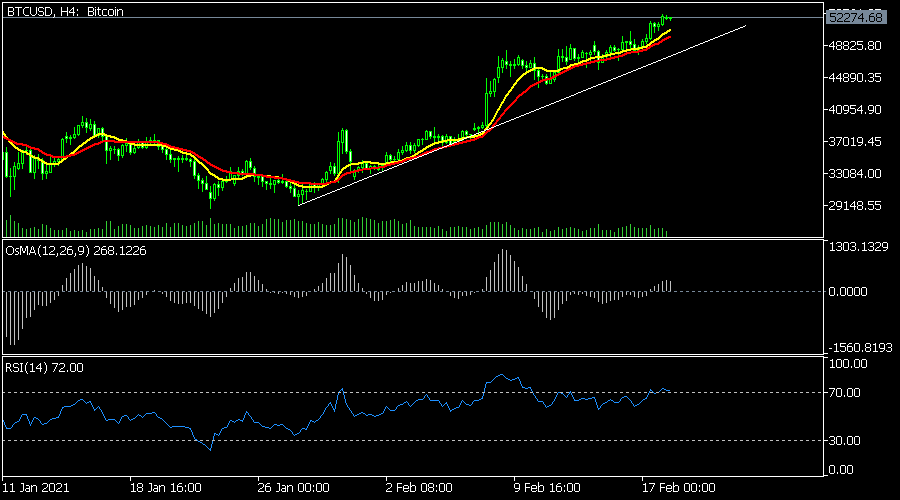