US stocks rallied as the market continued to reflect on the hawkish statement by Jerome Powell. In his testimony on Wednesday, the Fed chair hinted that the bank would move quickly to unwind quantitative easing. Analysts expect that the bank will end the program in the first quarter of 2022. In his second day of testimony on Thursday, Powell reiterated that he believes that the new Covid-19 variant will lead to higher inflation. Stocks also rose after positive US PMI and jobs numbers. According to the Institute of Supply Management (ISM), the country’s PMI rose to 61.1 in November. Also, data by ADP revealed that the private sector added more than 534k jobs in November.

The price of crude oil erased earlier gains after the latest US inventories numbers. The data showed that inventory buildup declined last week. According to the Energy Information Administration (EIA), inventories declined by more than 910k barrels last week. This was a smaller build-up than the median estimate of more than 1.2 million barrels. The price also declined after the first day of the OPEC+ meeting ended. The first day focused on administration issues. The cartel will conclude the meeting today with a decision on what to expect going forward. They could decide to continue with the pace of increases or even reduce.

The economic calendar will be muted today. Earlier, New Zealand published weak terms of trade numbers. The import and export price index declined in the third quarter because of the lockdowns that happened in the third quarter. Australia published strong retail sales numbers. The key data to watch will be the latest initial and continuing jobless claims numbers. Also, Fed members like Raphael Bostic and Mary Daly will also talk.

The price of Brent declined to a low of 67.62 in the overnight session. The pair is still below the 25-day and 50-day moving averages. On the daily chart, the MACD has moved below the neutral level. It also moved below the 23.6% Fibonacci retracement level. Therefore, there is a likelihood that the pair will likely keep falling as bears target the key support at 60.00. 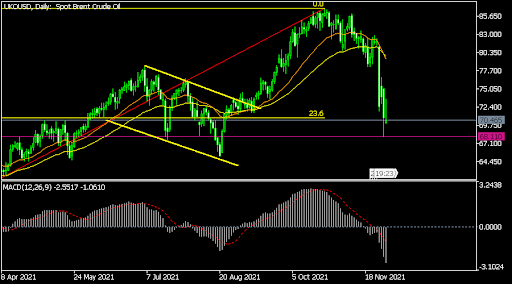 The EURUSD pair was little changed after the second day of Jerome Powell’s testimony. It is trading at 1.1325, where it has been since yesterday. The pair is slightly above the 25-day moving average while the Relative Strength Index (RSI) has moved below the overbought level. It has also formed a small, inverted head and shoulders pattern. Therefore, the pair will likely keep rising as bulls target the key resistance at 1.1460. 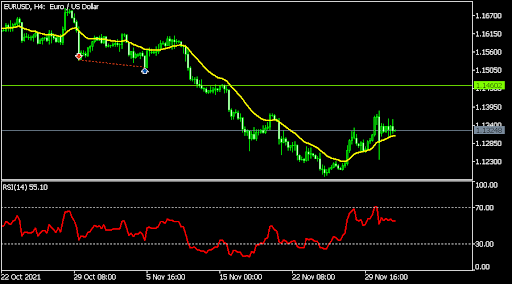 The USDJPY pair declined to a low of 112.71, which was slightly above this week’s low of 112.55. On the four-hour chart, the pair has formed a bearish flag pattern. It has also moved between the 50% and 38.2% Fibonacci retracement levels. The pair is along the lower side of the Bollinger Bands while the MACD has moved below the neutral level. Therefore, the pair will likely keep falling as bears target the key support at 112. 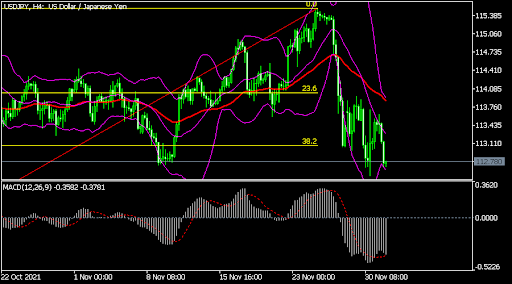