Eurozone inflation hits 9.1% and US Job Hiring is now slowing.

The writing is on the wall everywhere across the world’s three largest economies as the recent economic slow-down shows every sign of intensifying. 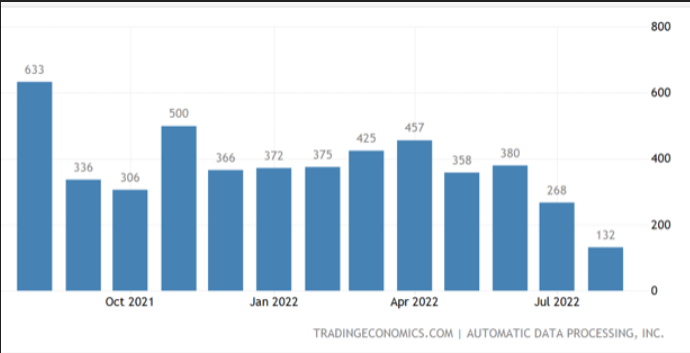 On the day stocks continued to slide alarmingly. Many are describing the current extreme falls as mere volatility. As usual, in such market situations, people are doing what they always do, believing what they want to believe.

Commodities have likely peaked, except for food and retail energy costs for consumers.

US property prices are beginning to stall and could soon be falling significantly. Compounding the broad based asset pain already in place.

The 'tulip bulb' style crypto rally is now a thing of the history books.

Everywhere you look the false Nirvana of the free money period is unwinding at speed.

Central banks are going to be both selling bonds and raising interest rates even as outside their windows the economy is clearly sinking.

There has never been a more bizarre matrix of economic forces than exists right now.

Could the sheer weight of new investment funds from hard working super contributors be enough to save the day? I think not. There are two many other major players in global financial markets who will increasingly recognise the need to protect their wealth.

The modern world has never seen anything like this. In fact the investment world is now in such a state of complication and leverage that it makes the GFC look, well, tame.

At some point central banks will discover inflation is remaining high despite their interest rate hikes and they will stop.

Unfortunately, for the economy on Main Street, that point is too far off in the distance. It is difficult to see any near term end in sight for increased caution by consumers and businesses across Europe, China, and the USA.

This is what a serious recession looks like. And with governments having already blown out their deficits substantially through the Covid period, there may be less government saving of the day possible in both Europe and the USA this time.

Governments had taken on a role, so as to win the next election, of seeking to solve every problem of the populace. Even stooping to sending out cheques directly.

The great fear all of us should have, is that we are now at the end of that rope.

Consumers and businesses will continue to soldier forth. Innovation, invention and ventures will emerge and continue to drive reasonable economic activity.

There will be no return to the strong growth of a year ago however, and little to save the stock market for quite some time. Risks of further ten, twenty and even thirty percent declines are growing daily.

The opportunity is in fully recognising this crisis, protecting wealth. Playing defence as I have been screaming to do since the first week of January. Then, and only then, can you be in the greatest position to seize the opportunities at the bottom of the market.