Construction spending, up 0.8% in February, was a bit weaker than the Bloomberg Econoday Consensus estimate of 1.0%.

However, the Census Department revised January from -1.0% to -0.4% so the report was a bit stronger than it appears on the surface.

Construction strength is not uniform. 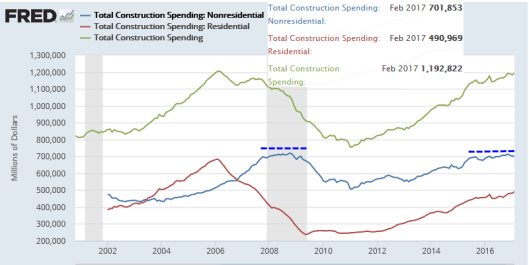 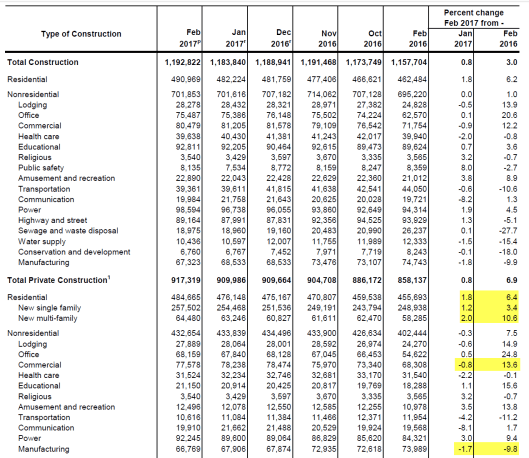 Multi-family residential is doing much better than single-family. The latter is more important as it hints at family formation.

Commercial spending is a strong indicator of future hiring.

Also, growth in online spending is crushing store spending and minimum wage hikes have taken a bite out of profits as well.

How much longer the commercial buildout can keep rolling on remains a key question.

Finally, these construction spending reports are very volatile and subject to huge revisions. So take all these numbers with a huge dose of skepticism.