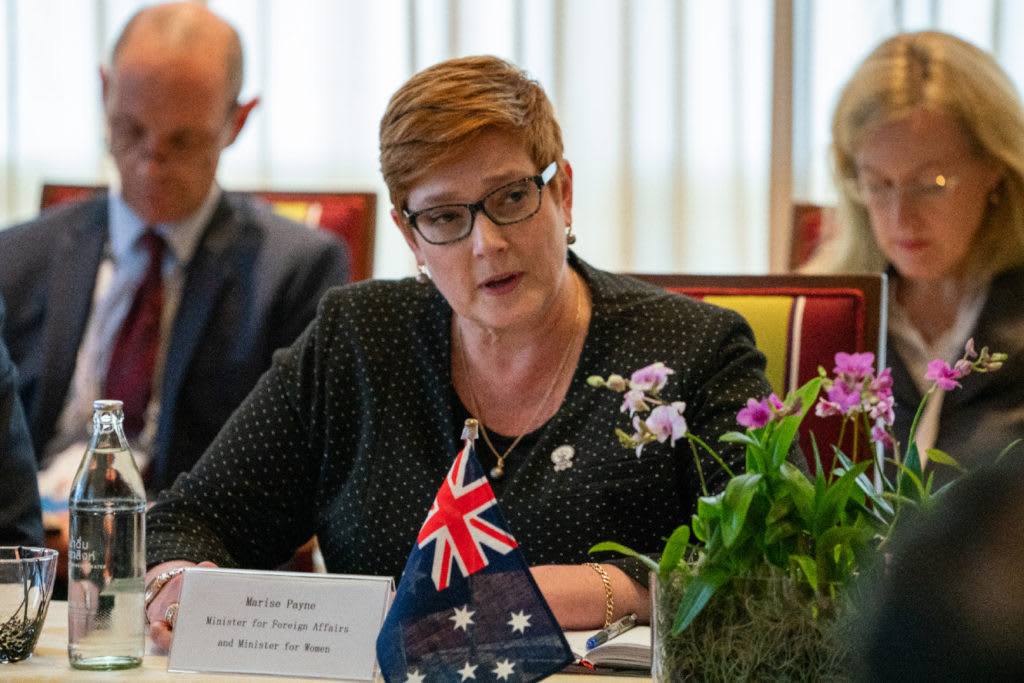 As the world unites for an investigation into the origins of the Pandemic, China is getting more aggressive in its war of words. The triangular public standoff between China – Australia - USA is leading to gutter talk which will have long term implications for business between China and these countries.

Meanwhile, the US Senate passed a bill yesterday overwhelmingly requiring all Chinese firms listed on US bourses to comply with audited financial reporting, just like any other US companies on the exchange. The bill still has to go through the House of Representatives. If it passes, this could affect about 800 Chinese companies with a total market cap of around 1.8 trillion which will include heavy weights like Alibaba and JD. com.

As this is underway, a Chinese company ‘Luckin Coffee’, a rival to Starbucks is going to be delisted from NASDAQ for fabricating sales and cooking their books. The shares have fallen from $50 in January of this year to $2.77 as of yesterday. (Related: Luckin Coffee and the Anatomy of a Fraud)

The above are very aggressive position on the part of US and they are moving into a full protection mode after realizing that the three decades of economic rise in China from a $350 million economy to the second largest economy has not resulted in the desired economic cooperation and healthy competition with the rest of the world. US Secretary of State Mike Pompeo has been very candid in expressing US’ disappointment of China.

With an already disrupted supply chain, it doesn’t bode well for the US as well when they are just beginning to turn demand back on. Will cover more on its implications in future reports.

Now some good news. Retailers such as Walmart (WMT) Lowe’s (LOW) and Target (TGT) produced some stellar results for the quarter. They have emerged as unlikely standouts in the stay-at-home pandemic market. Thanks to their smart investments in technology and omni-channel marketing.  Now let’s look at the major asset classes. 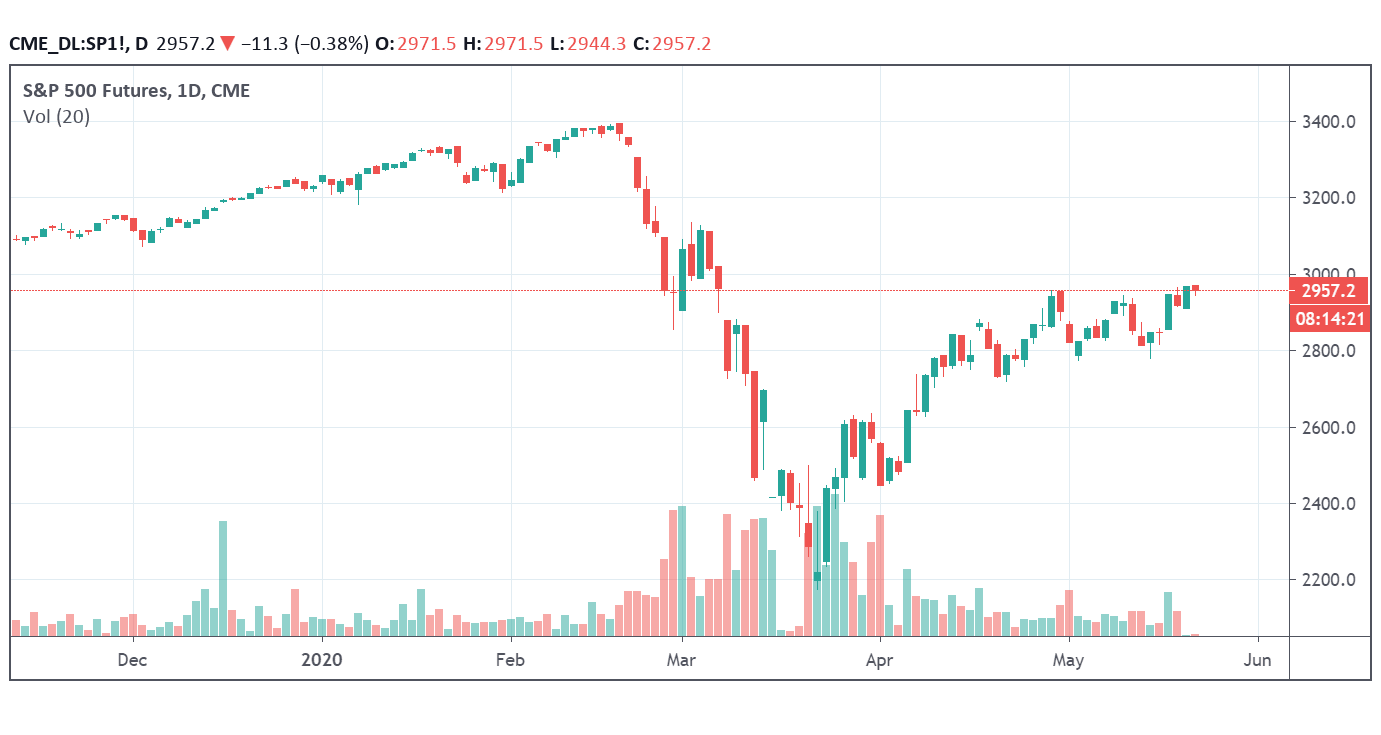 These non-confirmations between the major indexes are signs of an exhaustion in trend. The put/ call ratios were recorded at 0.46 meaning investors bought more than two calls for every one put that they purchased. Participants are extremely bullish on the markets. The extreme on Feb 19th when the markets topped out was at 0.45. The buying is very concentrated on the six major technology stocks and pharmaceutical stocks. While the overall index is down 12% from the top of 19th Feb, the FAANG stocks plus Microsoft has moved up 25% since the markets topped out. Amazon and Facebook posted all-time highs yesterday with Facebook moving up 6% alone yesterday. The markets are gripped by FOMO (fear of missing out). 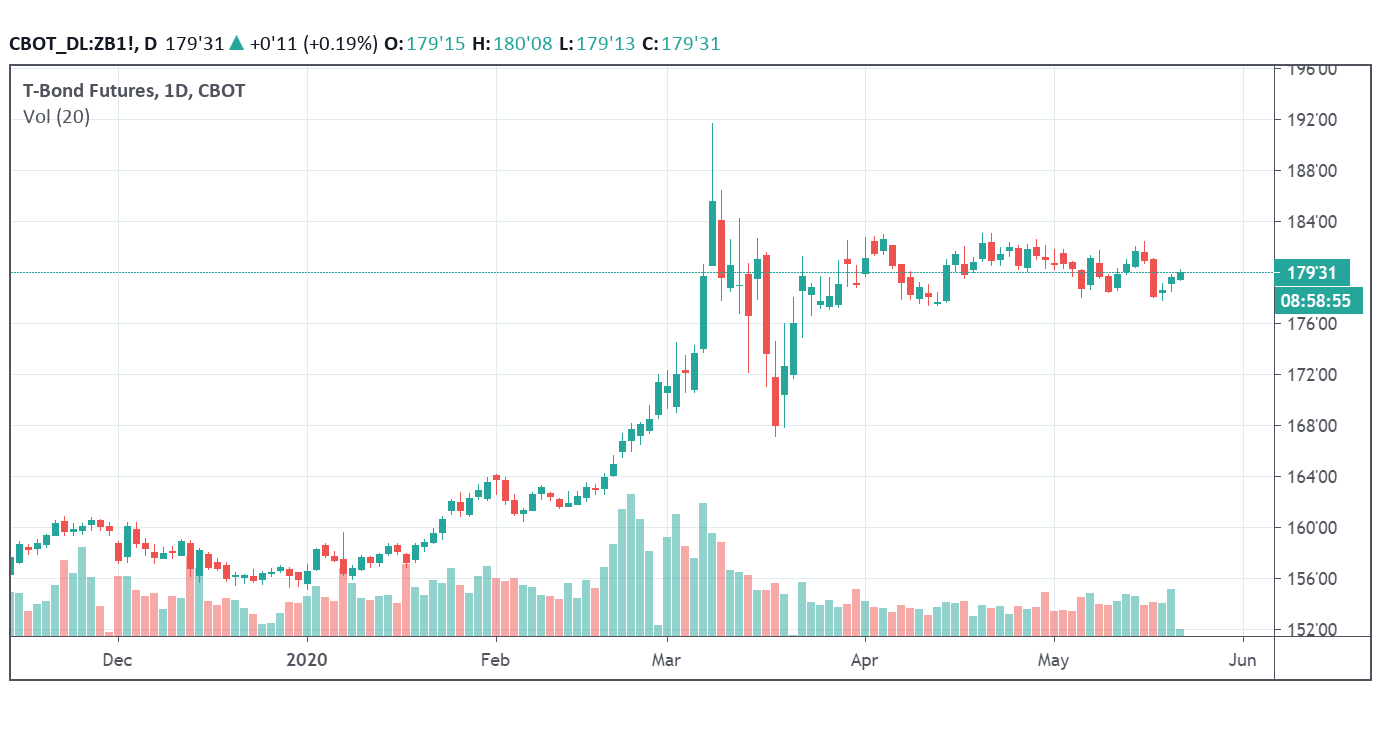 Bonds are extremely volatile within a range. On an intraday basis, it dropped to 177^26 before closing at 179^03. I still think that the top at 182^15 should cap any further rise.

Currently, I’m a bit lost on the Euro, but our bias is still to be short. 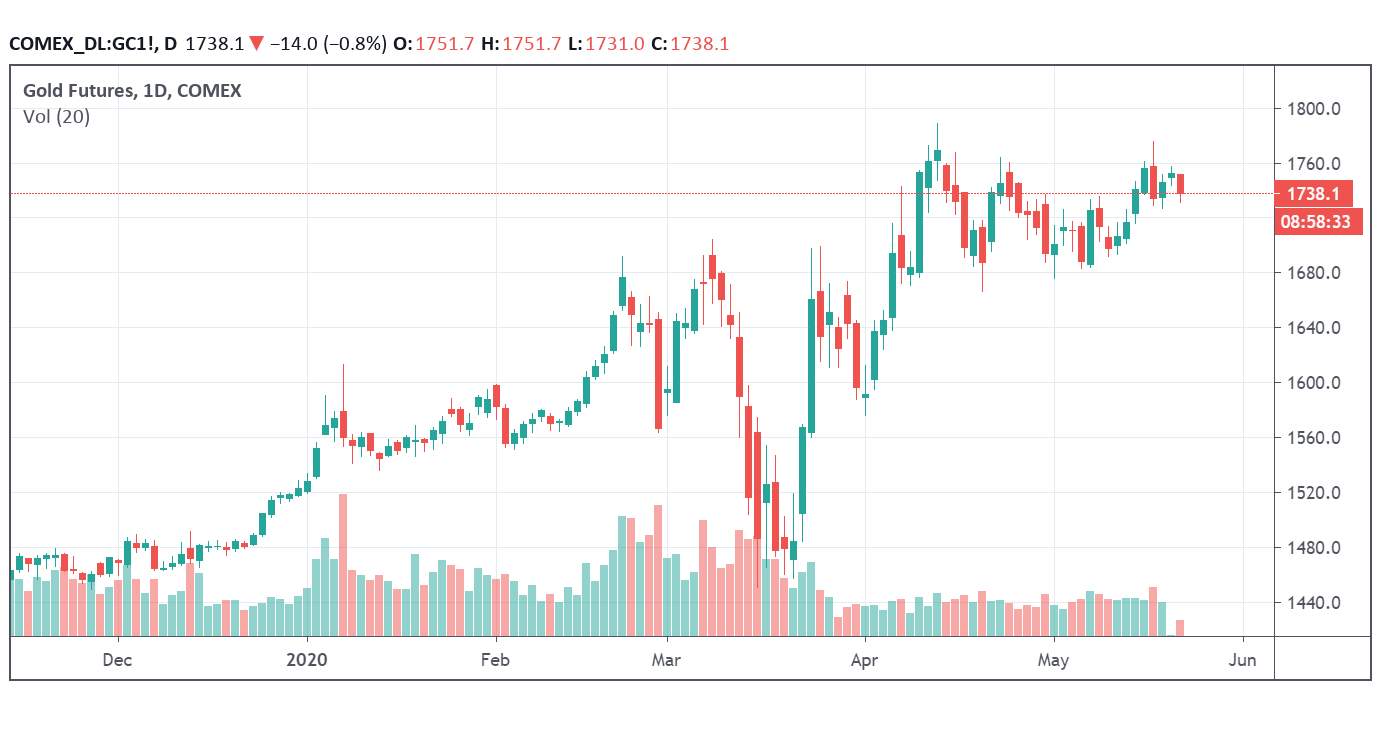 Gold made a new closing high yesterday but not an intraday high. The high remains at 1766 which was made on 18th May. The futures remained below the extreme at 1789 that was made on Apr 14th. The triangle breakout we had must have run its course, but it is not conclusive. A move below 1700 will confirm it.