“Nature does not hurry, yet everything is accomplished.’

Many analysts have been predicting China will “weaponize” its currency; i.e. push it sharply lower against the US dollar as punishment for US trade “aggression.”  On first blush, this sounds sensible.  But I don’t believe it aligns with what China is trying to accomplish with its currency; and in fac, it would be a very risky strategy near-term. 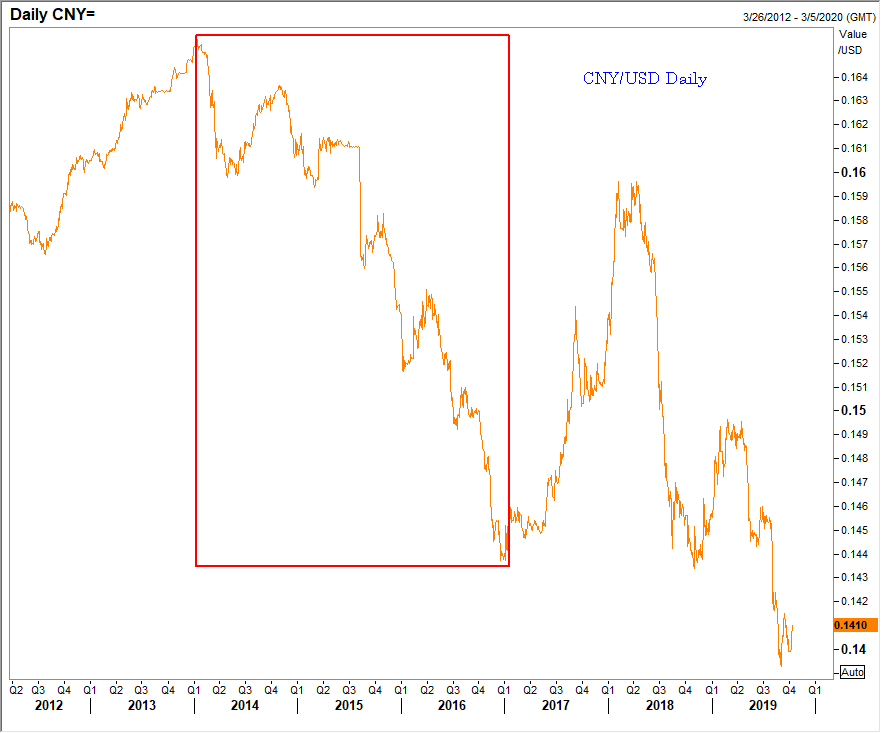 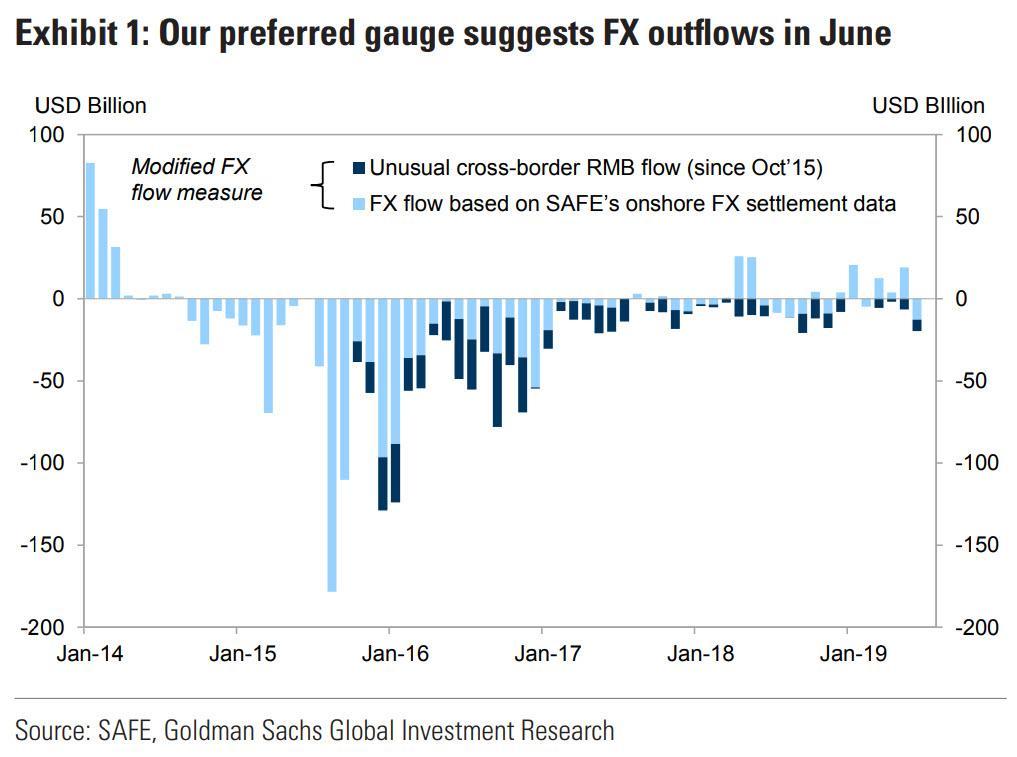 Though it is not showing up on this chart, we know capital has been running out of China.  President Xi risks an avalanche of funds running from his country if he decides the currency is the tool to blunt US “aggression.”  Granted, capital controls would be strict, but leakage would happen nonetheless.

And one more chart to note.  A bit complicated but some key points: 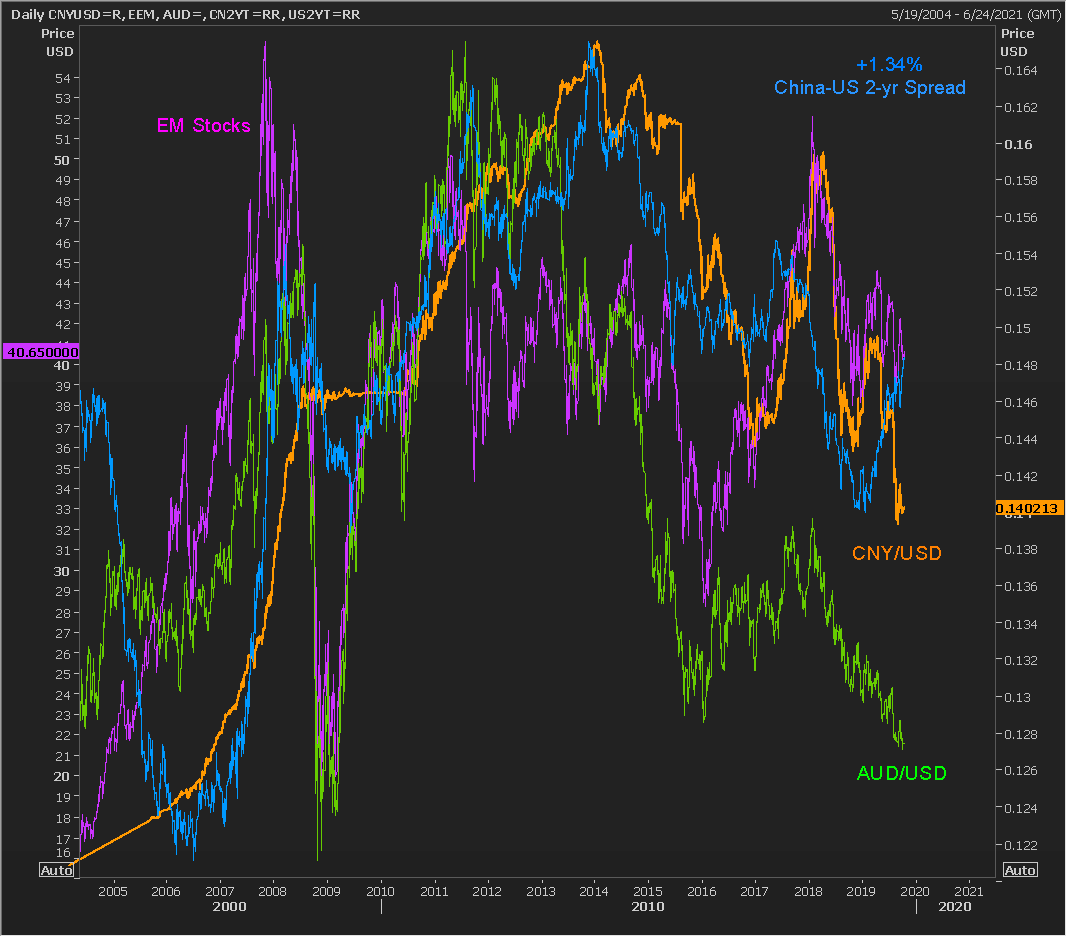