The EURAUD is nearing the key horizontal resistance at the 1.5700 level and a break above this could put the 200dma back in view as we breakout out of a triangle consolidation since January. Multiple attempts to break lower below the 61.8% retracement at 1.5423 were thwarted which could lead to a break higher near term. RSI has also broken higher from a descending trend line which could be signaling a bullish breakout. 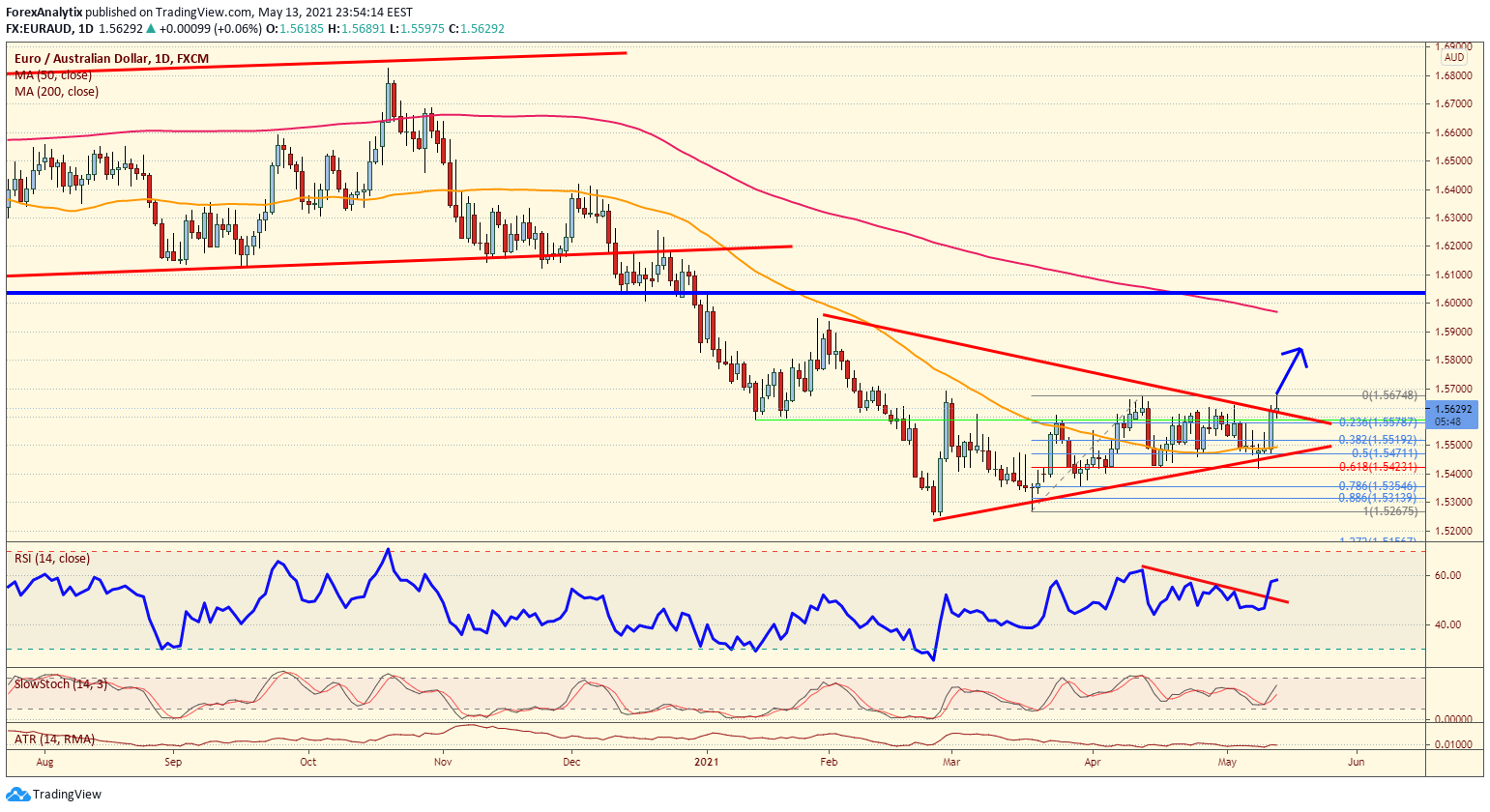